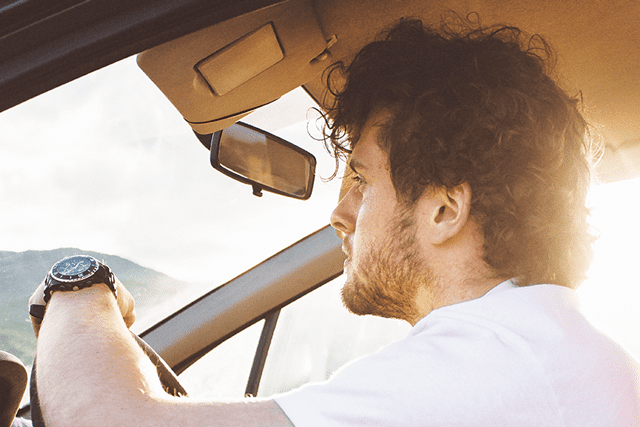 Homelessness from the driver’s seat

Officials in Ventura, California, are working with The Salvation Army to help mitigate the crackdown on people sleeping in their cars.

It’s safe to say being homeless is a plight we wouldn’t wish on anyone. What isn’t so clear, is that it’s something one of our friends, neighbors or coworkers could be experiencing right now without us even knowing it.

“It’s embarrassing to have to consciously admit that you have nowhere to live,” said Dr. Gabriel Crenshaw, a psychologist and adjunct lecturer at the University of Southern California Suzanne Dworak-Peck School of Social Work. “I had found a ‘safe’ place to park my car to sleep. All of my clothes were in my trunk. I had cleanliness rituals that helped me maintain my sanity, but I didn’t tell anyone.”

Crenshaw spoke about his brief experience with homelessness for the first time publicly at a conference with other thought leaders at USC in April. “I told the audience, ‘there might be a number of us in this room who have experienced homelessness, or who are experiencing it right now, and we don’t even know it,’” he said.

According to data from the National Alliance to End Homelessness, single male adults are the most likely to experience homelessness. On any given night in 2016, nearly 360,000 single adults were homeless nationwide, with 72 percent of them male and 28 percent of them female.

Despite common stereotypes, the organization says, most homeless single adults do not suffer from chronic mental illness, substance abuse, or other disabling conditions. Rather, most are homeless for a relatively short time before reconnecting to housing, having experienced a temporary financial or life crisis, such as losing a job, the end of a relationship, death of a partner, or a health emergency.

And some measures don’t make it any easier. A group of laws broadly classified as “anti-homeless laws” continue to promote the notion of homelessness as a criminal act, making it a challenge to seek and get help.

But some communities are working to soften the effects of such laws. In Ventura, California, The Salvation Army has been working with local churches and city officials to help mitigate the crackdown on homelessness with a program that allows people to sleep in their parked cars without being cited from 7 p.m. to 7 a.m. Since March 2010, The Salvation Army’s Safe Sleep program has handled applicant screening and case management services to help give people a path out of homelessness. Participants must meet certain conditions to be eligible.

Officials believe it’s part of what has helped reduce the number of homeless in the county of Ventura overall, according to a count in April of this year.

“Designated parking areas for people living in cars can help reduce the impact on residential street parking, and the community’s perception of safety, while working with individuals or families on a housing plan,” said Tara Carruth, Ventura County’s coordinator for the Continuum of Care. “In a community with limited year-round emergency shelter beds, expanded safe sleep locations can be an effective part of the crisis response system.”

Upon noticing an increase in people sleeping in their cars seven years ago—which is illegal—the city of Ventura decided to partner with The Salvation Army to install a safety program and figure out long-term support to help people find more stable living arrangements.

“It initially started out as a 30-day program. The city was very insistent on that,” said Sandra Troxell, the program director. “But we learned that 30 days isn’t long when you’re homeless. We want to case manage them in a proper way, and hopefully find a more long-term solution, whether it’s a shelter or transitional housing.”

That usually takes around 90 days or 120 days, Troxell said, noting that a similar program in Santa Barbara exists, but without a time frame attached. The mix of participants ranges from young to old, and sometimes includes families—although children and babies are a priority when it comes to placement in shelters. A typical safe sleeper will initially make contact to get a permit, and then must meet with a case manager every other week in order to maintain it. Every month it must be renewed.

The program has been running smoothly, and often police officers will help with outreach by handing out Salvation Army cards to those found sleeping in cars outside of the designated lots, rather than cite them.

But Salvation Army case managers sometimes still face barriers in reaching participants in the Safe Sleep program, despite what they’re offering. And while Ventura’s Safe Sleep program is trying to bridge the gap by providing about 15 spaces for cars each night, Troxell said there’s a growing number of RVs, and more space is needed to accommodate them.

“It’s very difficult to get people out of their cars,” she said. “We integrate into our case management that we want to help you, whether it’s through employment assistance, counseling, referrals to other providers, or help connecting with family.”

For Crenshaw, he said it’s all too easy to understand the hesitation in asking for—and receiving—help.

“In a Western thought system, there’s a personal responsibility element to homelessness,” he said. “We feel guilty. Particularly as a man, I felt like I needed to stand up on my own.”

Ultimately, Crenshaw sees a benefit to more communities adopting an approach like Ventura’s.

“This isn’t a cancer. We don’t need a lab to figure this out,” Crenshaw said of the ongoing crisis. “It’s about opening up our hearts and minds. Let’s not be the people who sat around and did nothing.”