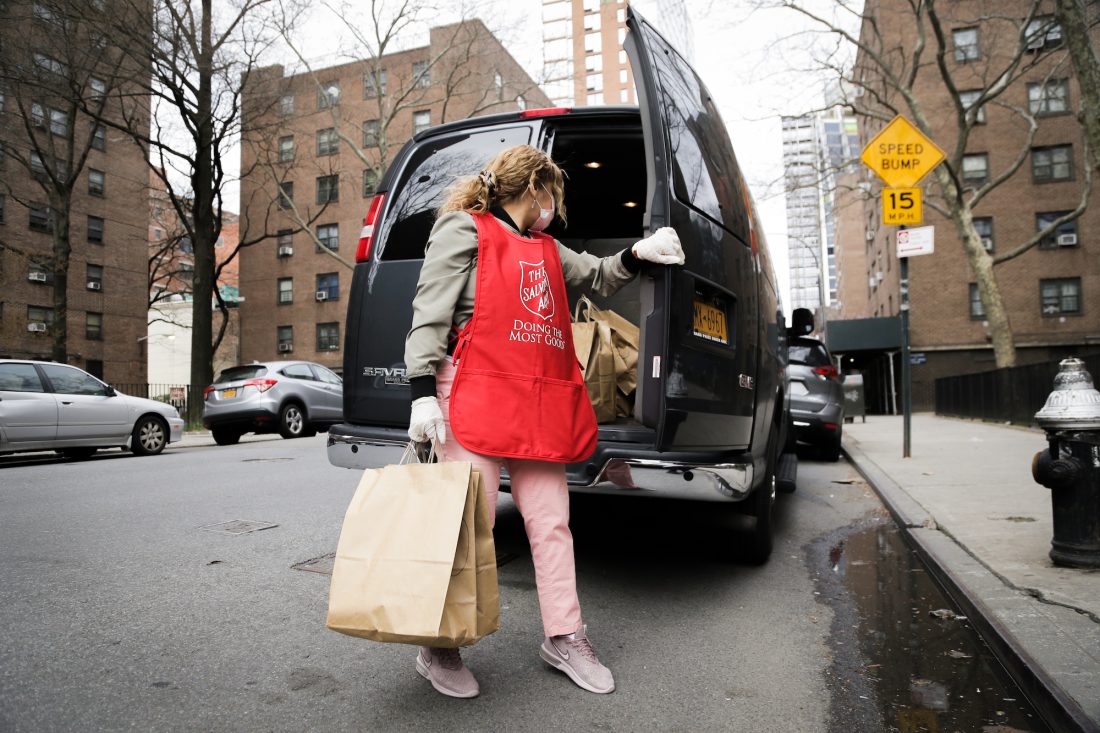 For this Salvation Army donor, the giving is generational

As a child living in Holland throughout World War II, Cynthia’s* mother lived on tulip bulbs during the Hongerwinter (hunger winter) famine. She worked for the underground in the Netherlands and moved to Manhattan after the war.

Shortly thereafter, Cynthia’s grandmother followed to join her daughter in New York. Many years later, the grandmother, a student of Delft University of Technology who managed her own stock portfolio (rare for women in those days), took out the first annuity with The Salvation Army.

Today, the humble and remarkable beginnings of Cynthia’s matriarchal line of Salvation Army donors extends to her, a faithful third-generation donor living in San Francisco.

“My grandmother was a person of faith, definitely a believer in God, who lived a good Christian life in a way that inspired me,” said Cynthia, who started investing in Charitable Gift Annuities with The Salvation Army in 2011.

“My grandmother was always very ethical and generous. Mother followed in her footsteps and was also knowledgeable in investing. Both my mother and grandmother felt the Army was a fine organization for giving as it provides such a variety of human services. Their experiences with hardship during the war gave them a broader perspective of the human condition and the need to help those who are less fortunate.”

Charitable work runs strong in this family—Cynthia’s father was involved in Dutch-affiliated charities in New York and her grandfather was a founder of The Netherland American Foundation.

Cynthia taught in Iran until she was evacuated at the time of the revolution in the late 70s. Her overseas teaching experiences also included work in the Netherlands and Israel, and in the U.S., she spent time working as a logistics analyst for the space shuttle program. Eventually Cynthia moved to San Francisco where she settled on a career in real estate. She is currently selling residential properties with a major real estate company.

“A benefit of a Charitable Gift Annuity is that it provides an income stream for life in exchange for a donation to charity,” said Cynthia. “In many ways it is a win–win. When reviewing your investment portfolio, I feel that giving back is an important component; a CGA is a fine way to accomplish that.”

Having experience with CGAs, Cynthia explains that it’s important to think about the tax implications. By donating appreciated stocks, one can avoid paying capital gains on those equities. The Salvation Army can play a role in educating prospective donors regarding these tax implications and advantages.

In designing a Charitable Gift Annuity, the donor’s annual return is determined by their age. In Cynthia’s case, the annual rate of payout was five percent. “The CGA offers a guaranteed income for life,” she said. “You can’t say that about the stock market. With interest rates so low right now, that five percent looks pretty good.”

Both her mother and grandmother lived into their 90s, so they got a good run for their money, she chuckled.
While she does donate to The Salvation Army through a planned giving format, she also faithfully gives to the Red Kettles at Christmas.

“You can’t walk by the kettles without giving something,” she said.