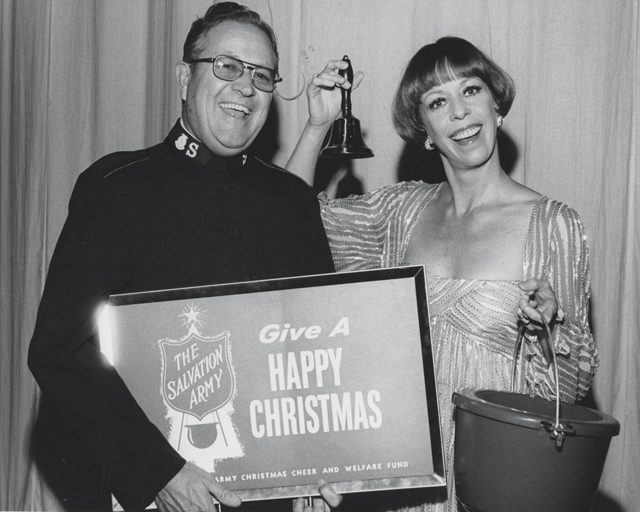 How a Christmas tradition came to be

Once a sailor in Liverpool, England, he recalled “Simpson’s Pot,” a large container on the Stage Landing where people could throw in charitable donations.

He secured permission from the authorities the following morning to place a similar pot at the Oakland ferry landing—at the foot of Market Street—so it could be seen by all those going to and from the ferry boats. He set up the pot with a sign that read, “Keep The Pot Boiling.”  Word spread quickly about the collection and soon, McFee collected enough money to feed hundreds that year, thus launching a tradition that spread not only throughout the U.S., but around the world.

Timeline of the kettle’s beginnings

1895:
The kettle fundraiser is used in 30 Salvation Army locations on the West Coast.

Salvation Army officers William A. McIntyre and N.J. Lewis, both instrumental in the original use of the kettle, are transferred to the East, taking the idea of the Christmas kettle with them.

1897:
McIntyre prepares Boston Christmas plans around the kettle, but fellow officers do not take part for fear of “making spectacles of themselves.”  McIntyre, his wife and sister set up three kettles at Washington Street, funding 150,000 Christmas dinners.

1901:
Kettle contributions in New York City provide funds for the first mammoth sit-down dinner in Madison Square Garden, a custom that continued for many years.