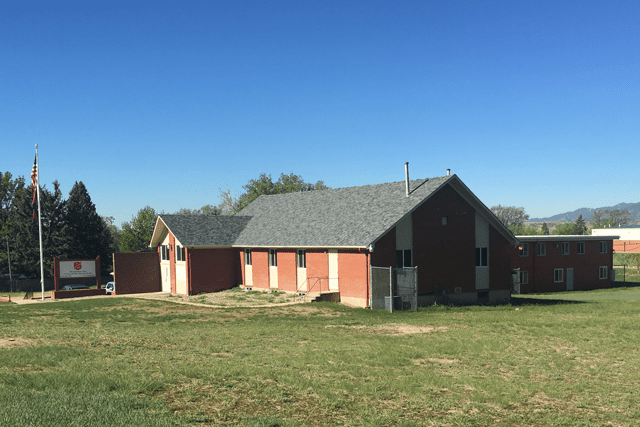 Evolution of a corps

God’s Word can spread in the most unlikely places. In Fountain Valley, Colorado, it took root in a former liquor store.
Corps Officers Lts. Jeff and Regeina Williams have witnessed changes since coming to Fountain Valley in 2013—all leading to The Salvation Army’s current transition to a new, larger location.
It took time, and effort, for The Salvation Army to reach this juncture. The evolution of the Fountain Valley Corps began in the mid-1990s, when The Salvation Army set out to expand its ministry in El Paso County, Colorado, renting spaces wherever it could find them. But it needed a permanent location to call home.
In 2000, under then General Paul Rader’s MISSION 2000 growth initiative, Fountain Valley became a New Heights center, and Lts. (now Majors) Roy and Paula Wild moved the church into its “new” building—the old liquor store, located in a strip mall.
“At the time it wasn’t much, but it was home,” Williams said.

For the next 15 years, the building served as a place for children and adults to come and worship.
“With a small food pantry and big hearts, the church set out to change a community,” Williams said.
As the church grew, so did its services. It provided emergency food boxes, rental assistance and utility assistance.
“As The Salvation Army became a staple in the community, the building began to seem smaller and smaller,” Williams said. “In 2015 we found that we just couldn’t do what needed to be done in our building.”
The city had almost doubled in population, bringing an increased need for the Army’s services.
“The Salvation Army had grown out of the strip mall and liquor store and needed something else,” Williams said.
However, the town is small, Williams said, and the opportunities for structures are few. Not knowing what to do, the corps turned to God and “prayed and prayed,” keeping alert to how God might answer its prayers.
One day, the Williams were asked to check out a building as a potential site for a senior center, for which they served as board members. The building turned out to be a church, and while it wouldn’t work for the senior center, they found themselves wondering, “what if?”

The building was huge, with lots of property. The Williams met with representatives of the church residing there, Security Baptist Temple, and found that they could no longer sustain the property with their current congregation; they were looking for options.
“After many meetings and much prayer, we were able to get our leadership to agree that this could be a great opportunity,” Williams said.
One problem remained, though.
“The property was worth nearly a million dollars and we had no money to buy a building,” Williams said.
They continued to meet with the church’s leaders, though, sharing the Army’s mission and plans to serve the community. This struck a chord with Security Baptist’s leaders.
“They were overjoyed with the great opportunities that their building could serve once again,” Williams said. “Through conversation, prayer and fasting we were able to come to an agreement that would satisfy both churches.”
Security Baptist still needed a place to worship, while The Salvation couldn’t afford to furnish such a large building. The agreement reached was that The Salvation Army would acquire all assets of the building and would allow Security Baptist to remain for one year as it transitioned to a new location.
“The end result was that the church sold us the 20,000 square-foot building and 2.5-acre property with all assets and equipment for $500,000—half of what it is worth,” Williams said.

Intermountain Divisional Commander Lt. Colonel Daniel Starrett supported the project, and the sale was complete as of Oct. 31, 2016. In January, The Salvation Army moved in. During this transitional year, Security Baptist has an early morning Sunday service, before the Army’s service.
“As the dust settles from this whirlwind experience, I can say that The Salvation Army has truly been blessed to have a mission and clear vision for service of the Lord,” Williams said. “Our congregation is growing and our programs are reaching so many more families that we even imagined.”
During their time in Fountain Valley, the Williams saw their congregation grow from about 20 worshippers to an average of 50. If everyone showed up, Williams said about 100 people would be there.
The youth ministry has grown, too.
“This is the first year we have ever had a youth attend service corps, and one of two in the division in the past five years, I believe,” Williams said. “We are now recognized in the city as having some of the best youth programs in the valley. Our corps in now balanced between youth and adults.”
In July, the Williamses will move to Chandler, Arizona, as Corps Officers, and Captains Caleb and Christin Fankhauser will be the new Corps Officers in Fountain Valley.