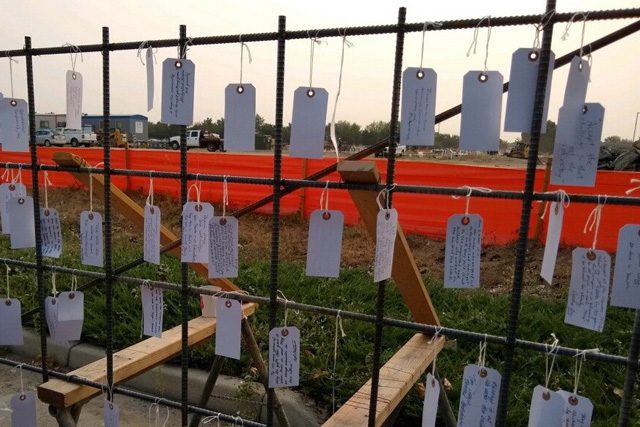 “Amazing things happen when we all join together”—a big statement written on a small prayer tag that’s fitting for how The Salvation Army in Boise, Idaho, raised $9 million to turn the dream of offering expanded services in an underserved area into reality.

The aforementioned prayer tag is one of more than 70 returned from donors of the Building Futures campaign. Donors were sent blank tags to fill with prayers, Bible verses, well wishes or quotes—along with the plan that the tags would be tied to a piece of the building’s rebar, serving as a de facto time capsule of positivity.

Donors could bring the tag with them to the Aug. 21 ceremony to tie it onto the rebar themselves or send it in. Either way, the prayers and well wishes would literally become part of the building’s foundation. Former Donor Relations Director for Southern Idaho Hillary Betz said the morning of the ceremony was beautiful and well attended.

“There were a lot of tears shed—tears of joy,” said Betz, who came up with the prayer tag idea after seeing it at a conference. “The project is very ambitious for The Salvation Army in Boise, and we are really excited for it to come to fruition.”

Construction is underway for the new Army campus and community center that will include an expanded facility for the Booth Marian Pritchett School Program. So far construction is on pace to be completed in September 2019.

Lloyd said the concrete tilt panels are in places where the front of the chapel will be, and most of the gymnasium floor has been poured. The elevator shaft is coming up as well. While the construction is exciting, the thought of the new ministry opportunities it brings is even more so.

The solution? The Army hopes to provide before and after school programming, as well as a summer lunch program, so children won’t go hungry when school’s not in session. 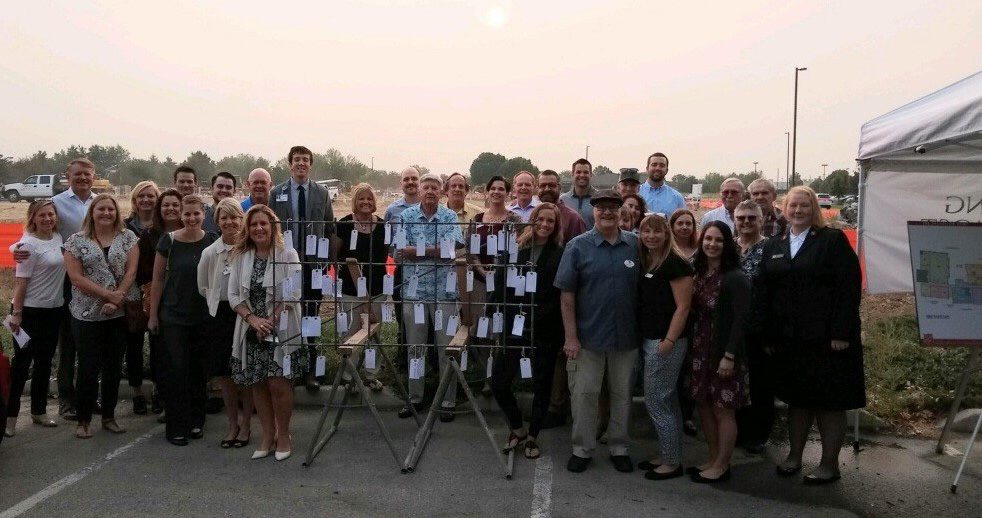 The new location is particularly impactful for the Booth Miriam Pritchett School. The move will position the school close to Meridian, the largest growing city in Idaho. While the school takes students from any Idaho school district, Advisory Board member Erik Bolidner said it’s hard for Meridian-based students to get to the current location. Once the new facility is open, a bus line will stop directly in front of the building.

“The new facility is going to virtually double our capacity for those in need overnight,” Bolinder said. “We’re excited to be able to cover that.”

And when those people—from all walks of life—pass through the hallway in front of the new facility’s gymnasium, they’ll travel over the hopes and dreams written on the tags—things like, “For with God, nothing shall be impossible.”

“The tens of thousands of people who will use the center each year will walk over those positive thoughts, prayers and well-wishes,” Betz said. “They will receive the love and good energy embedded in the foundation of the building to improve the lives of so many who are struggling.” 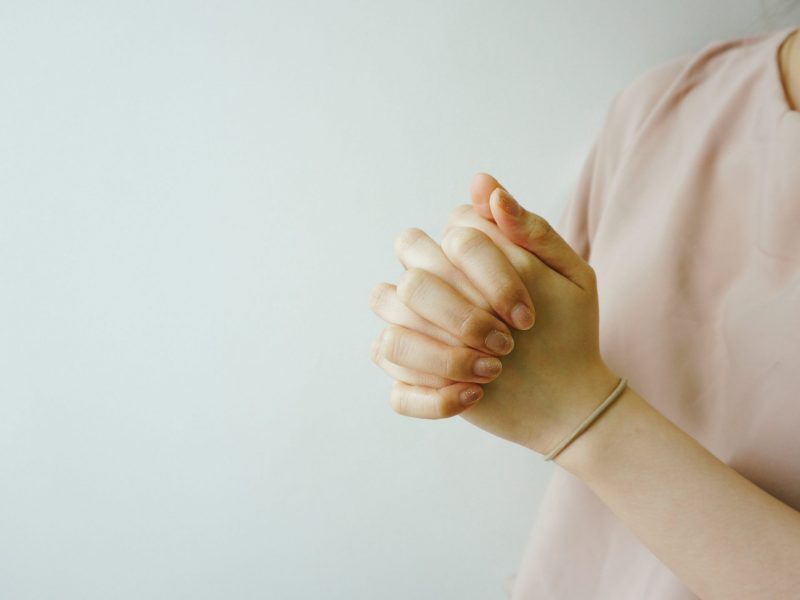 Prayers for when everything is too much 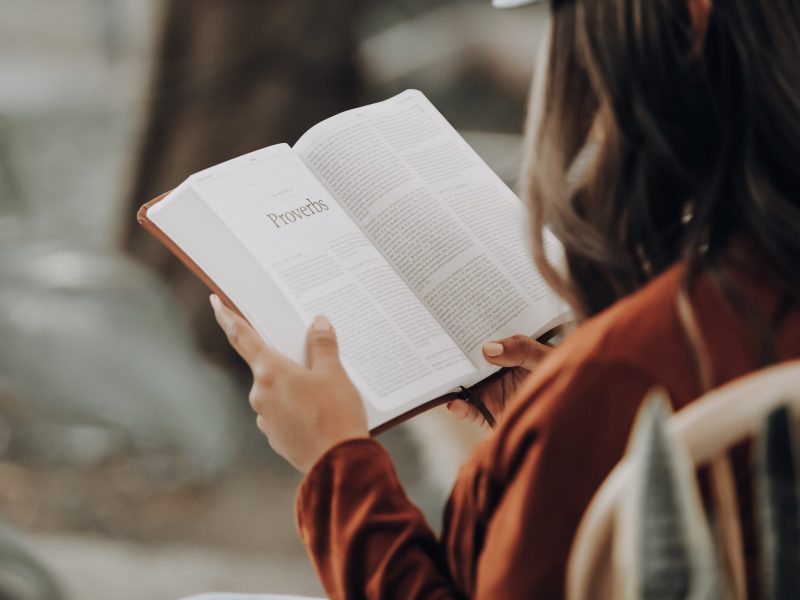