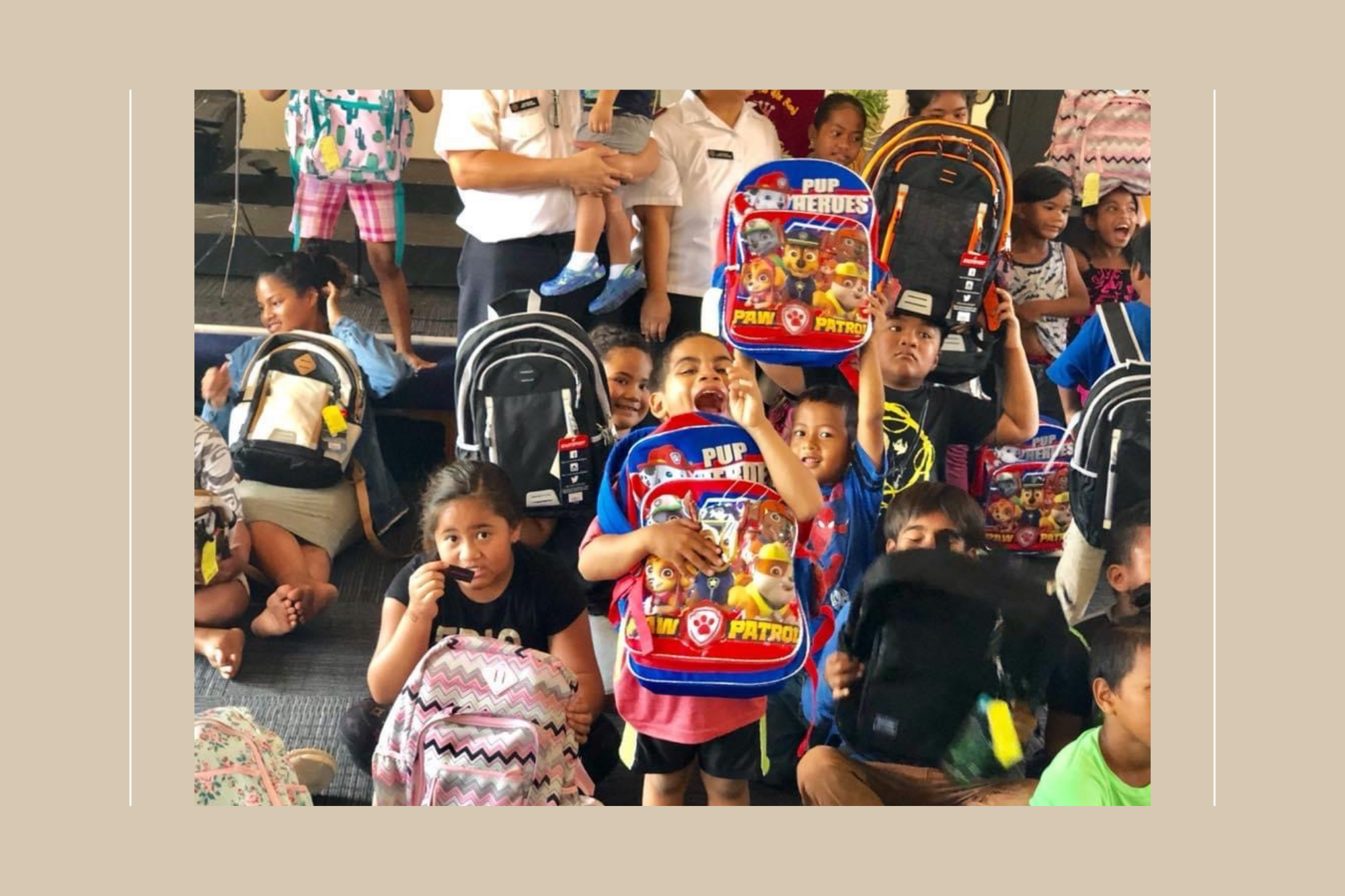 Every day Salvation Army Kona Corps Officers Captains Raghel and Jose Santiago check the storage area at the corps in Kailua-Kona, Hawaii. But on July 29, after they had been away due to COVID-19 exposure, Jose Santiago found the storage had been broken into. Thousands of dollars worth of donations had been stolen.

“It was really devastating,” said Raghel Santiago, adding that more than $5,000 worth of items were taken—including all the school supplies they were going to distribute to families during a back-to-school event that weekend. Canned goods for the corps’ food distribution program, coolers used for outreach to those experiencing homelessness and gardening tools were also stolen.

The Santiagos had never experienced anything like this in their five years at the Kona Corps. They reached out to The Salvation Army Hawaiian and Pacific Islands Divisional Headquarters (DHQ) to let them know what happened, and the DHQ media team helped them get the word out to local news stations.

“It was all over the news,” Raghel Santiago said. “That is how the community found out.”

On the Sunday after the break-in, donations started coming in from the community to replace the stolen items.

“We live in a great community because as soon as they heard, they gave donations right away,” said Carolen Richey, a Kona Corps volunteer who helped shop for the original back-to-school items. “Our community came together, and that’s great.”

Raghel Santiago said during testimony time in the corps’ church service, one person came and donated about $600 worth of school supplies. Another individual the Santiagos knew gave them a $1,000 check. The donations kept coming in.

“People just stepped up and said, ‘How can we help?’ and they started coming to the office to donate, whether it was monetary or canned goods or school supplies,” she said.

Donations came in from outside of the community, too. Raghel Santiago said people from as far as Sacramento, California, donated.

“I was very overwhelmed with gratitude because our doors never stopped having people come for that whole week,” she said.

Soon, the amount of donations surpassed the amount that had been stolen.

“The Lord multiplied that [$5,000] by I think even four times that. The last time I heard, we had received close to $20,000,” Raghel Santiago said. “When I saw how many people still love the Army and support the Army my heart was so blessed.” 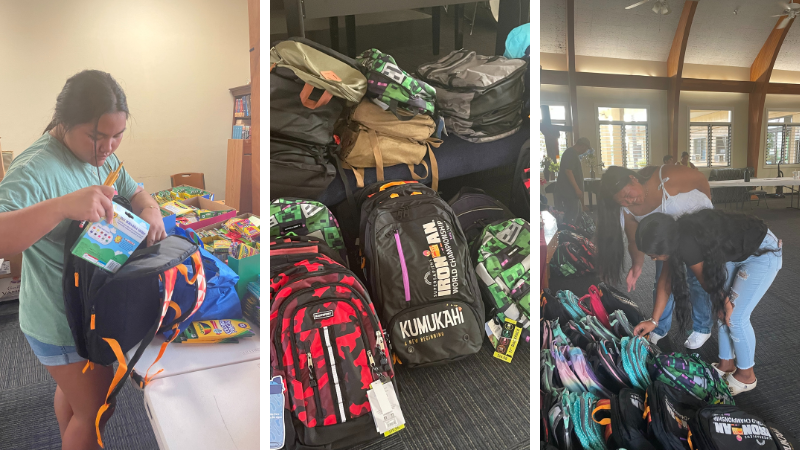 With that money, the corps was able to purchase all of the backpacks and school supplies again. And although the back-to-school distribution event was delayed by a week, they were still able to help 302 kids in the community. Additionally, the corps was able to use some of the extra money to buy clothing and shoes for children who needed those items for school, too.

Richey echoed the need in the Kailua-Kona area for back-to-school assistance.

“There’s a lot of families in the community still hurting from the pandemic,” Richey said.

When they were organizing all the back-to-school items again after repurchasing them, Richey said a family stopped by and the corps was able to give them school supplies.

“They were thrilled. They said, ‘We heard about the break-in and it’s so nice that you still could help us,’” Richey said. “[The mom] was really happy. She said the backpacks were what her kids really needed for school…And to see that family’s faces, it was really a joy.”

In addition to the school supplies, Raghel Santiago said they were also able to purchase canned goods to replace those that were stolen for their food distribution program, which distributes 225 bags of food each week. They have enough funds to keep purchasing more food, little by little.

“People rely on this [program], especially here. We don’t only service Kona…our extension goes deep,” Raghel Santiago said. “For people to drive just to get this food to last them a week, it means a lot to them.”

And the support the Kona Corps received to continue helping their community left a lasting impression on the Santiagos.