CHRISTMAS IS A WRAP

Sights and sounds of Christmas
The Moore Street Corps in Portland, Ore., presented the “Sights and Sounds of Christmas Festival” on a recent Sunday evening. The event was free to the public who kept warm with outside open fire pits, and refreshments including hot apple cider and hot chocolate. The parking lot was decorated as a “trip back in time.”

The Dicken’s Carolers, the Bossa Boys Steel Drums and The Salvation Army Christmas brass ensemble provided music. Families enjoyed a time of carol singing and an old-fashioned evening of fun.

Intermountain Division has a white Christmas
In Metro Denver, The Salvation Army helped over 20,000 people! Despite a blizzard that blanketed the entire state of Colorado, which postponed Christmas distribution for a few days, the Army distributed over 8,000 food boxes and 20,000 toys to families in need.

On Christmas Day the Army served over 1,800 meals to families and homeless people, and gave over 2,400 toys to all of the children attending the Christmas dinner.

Partnering with CBS4 and Wal-Mart, the Metro Denver Salvation Army collected over 55,000 nonperishable food items and over 20,000 toys.

With thousands of children on her holiday gift list, Mary Johnson, president of the Women’s Auxiliary in San Diego, and other auxiliary members, had their hands full organizing Toy & Joy shops around San Diego County.

The auxiliary began before Thanks- giving to make certain that children—from newborn to age 12—would have presents on Christmas Day. During the holidays they helped provide gifts for children from about 6,000 families. Captain Lisa Van Cleef of the Ray and Joan Kroc Corps Community Center said that the parents she works with tend to be single mothers or married couples who work at minimum wage jobs. Many are immigrants.

Women of many faiths belong to the auxiliary. “The only common denominator is a need to help the needy,” said Johnson. Many volunteers not affiliated with the auxiliary, including high school and college students, also
help.

Toys poured in from many places—television and radio stations, and many businesses, including CVS Pharmacy and UltraStar Theatres. The auxiliary also set aside money for gifts during the year. That meant a lot of shopping for auxiliary member Christie Wright and friends who purchased toys and stocking stuffer items to stock the shops.

Roxan De Gennaro-Soltis helped transform the Kroc Center skateboard arena into a Toy & Joy shop with colorful decorations. Toys were sorted ahead of time and placed in large boxes, with labels such as “Boys 3-5,” making it easier for volunteers to display the toys. De Gennaro-Soltis said ROTC student volunteers are particularly adept at knowing what age group will appreciate a certain toy.

This year the shop at the Kroc Center was open December 18 and 19, with each family assigned a time for one parent to shop with a volunteer. About 100 parents went through the Kroc Center every hour. This is what the Toy & Joy Shop is all about—helping parents fulfill their children’s wishes.
From a report by staff writer Ruth McKinnie Braun, San Diego Union-Tribune

A homeless Christmas
In addition to her tireless work with the Toy & Joy shops, Mary Johnson planned something special for the homeless who congregate at an area beach.

One cold morning, teamed with The Salvation Army’s homeless outreach team, she and other auxiliary members made and distributed turkey sandwiches and cookies, in addition to the hot coffee they regularly serve. They also provided clothing, including sweaters, socks, jackets and shirts, donated by the volunteers, along with mugs and blankets provided by The Salvation Army. They served about 80 individuals, more than twice the number of those who usually come for coffee.

From an article by Val Sachs

During the Christmas season Bill Gibbs, 96, teamed up with Army Medic Megan Thieme, 21, to ring bells at The Salvation Army kettle at a San Diego Wal-Mart.

“It’s because of the commitment of The Salvation Army officers and the efficient way they go about things, helping so many people get back on their feet,” said Gibbs about spending his time ringing a bell.

Gibbs has done a great deal in his 96 years, from serving in the Army Air Corps to Founding Gibbs Flying Service. Thieme is only 21, but she has already served a year in Iraq and will return in a few months.

Well-known athlete rings the bell.
San Diego Chargers’ linebacker, Shawne “Lights Out” Merriman, wanted to assist The Salvation Army in helping needy people this Christmas and all year long. He surprised shoppers at a local Wal-Mart when he showed up to ring the bell at the Army kettle. 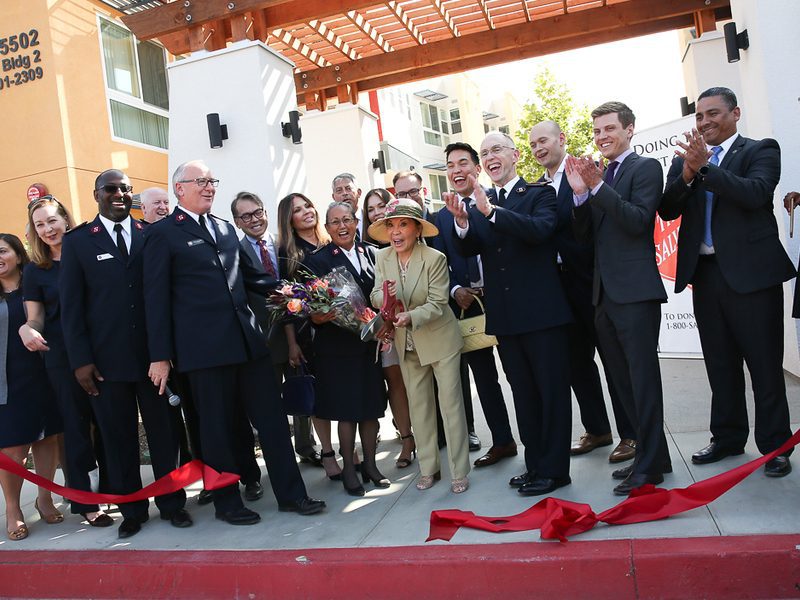 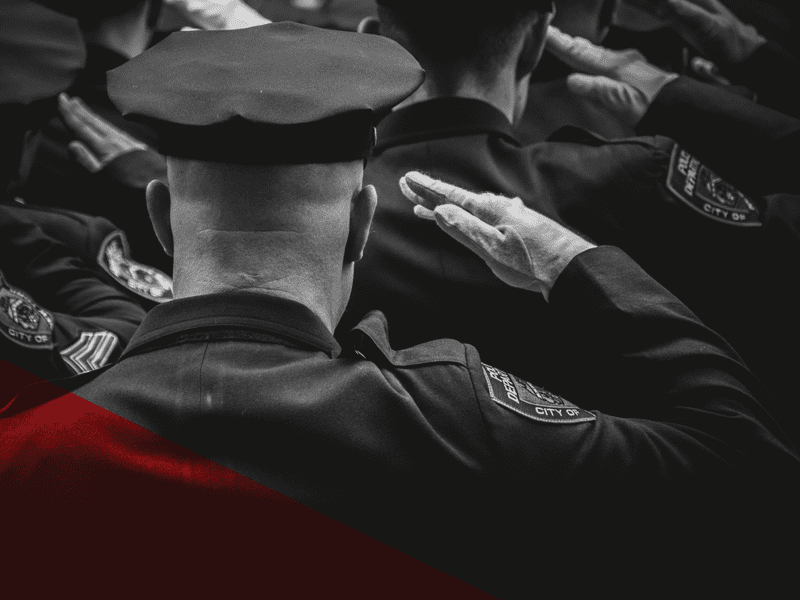