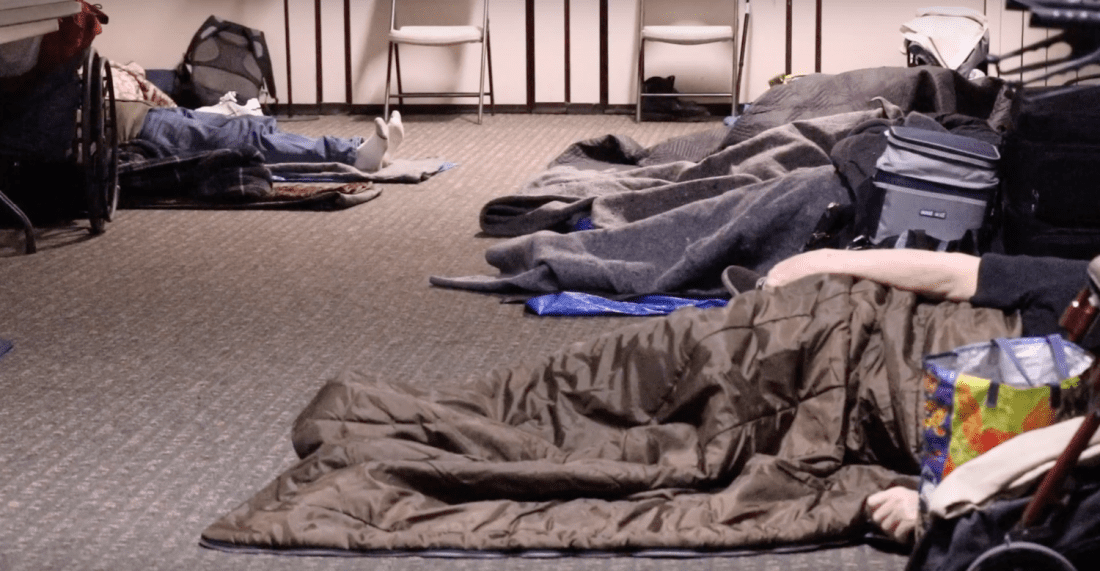 With reporting by Samantha Jarosz –

Andy was sleeping on the streets of Carson City, Nevada, using a water bottle as a pillow. When he woke up, it was frozen solid.

“It showed how cold and how desolate and how lonely and how harsh, you know, life on the street can be,” he said.

During the winter months, temperatures drop below freezing in Carson City. Still, with nowhere to go, many experiencing homelessness sleep on the streets.

Four years ago, six local churches banded together to launch the Night Off The Street program. The churches, including The Salvation Army, come together every night from November to March to provide a warm place to sleep for people with nowhere else to go.

The Salvation Army transports those experiencing homelessness in its bus from downtown Carson City to the warming shelter.

“We don’t want to leave them on the street where they freeze,” said Carson City Corps Officer Captain Mark Cyr.

Since the launch of Night Off The Street, there have been zero homeless deaths in the city due to exposure.

“During the first year I was here, that winter, we had four that were homeless that died on the street—exposure,” said Night Off The Street founding leader Craig Lagier, who is a deacon at St. Teresa of Avila Catholic Church. “I said, ‘That’s not gonna happen again on my watch.’”

Now, Night Off The Street has 278 volunteers who work the shelter, but leaders say the homeless population is growing.

Night Off The Street has experienced a 34 percent increase in the number of people coming to the shelter over last year, when 3,252 men, 898 women and 28 children without parents or guardians stayed at the shelter, according to Carson Now.

“There’s a thousand different reasons why they’re there,” Lagier said. “We offer a band-aid. It’s not a fix.”

The shelter might be a band-aid, but it’s helping those who need a hand up.

“I’m appreciate of that,” Andy said. “It saved my life, you know, without a doubt.”