Can I get a witness? Western Music Institute 2011

William Sherwin’s words to “Sound the Battle Cry” resounded through the Pasadena Tabernacle (Calif.) Corps chapel during Western Music Institute’s (WMI) final concert on Aug. 13, as delegates, staff and guests lifted their voices in praise. Even in this simple congregational song, it was clear that the group had devoted hours of rehearsal to making this an excellent performance.

Held at Camp Mt. Crags in Calabasas, Calif., the 10-day territorial music institute included delegates from all 10 Western divisions. The assembly included 123 students and 53 staff, for a total of 176 strong.

This year’s camp had bittersweet moments. “Major Terry Camsey began the Western Music Institute 35 years ago,” said Neil Smith, territorial music secretary. “It was with sadness that we learned of his sudden promotion to Glory just a few weeks before this year’s event. He was a great encourager and supporter of WMI. We were thrilled to be able to acknowledge Major Beryl Camsey during our Final Festival.”

Although rehearsal was vital to preparing for soloist night and the mid-week and final concerts, music was not the only subject studied. Each day during meetings of the Richard Phillips Chorus, directed by Songster Leader Ken Lyons (Seattle Temple Corps), a delegate or faculty member gave a short testimony. Called “gospel shots,” these testimonies typically included a Bible verse, a description of its effect on the presenter, and an explanation of that person’s walk in Christ.

“Sometime it’s easy to get caught up in the fundamentals of music,” said delegate Grace Sheppard. “But the way [Lyons] constantly provided a time to stop, hear the Word and a little testimony really made our mission as a group of Salvation Army singers clear.”

“It is so encouraging to see the wealth of talent the Lord has showered upon the West,” said Roberta Simmons-Smith, “and to see the commitment the young people have in offering these gifts back to God.”

Acts 1:8, the theme verse for the week, states: But when the Holy Spirit comes upon you, you will receive power. This made a lasting impression on many delegates and corresponded with the message of the Simmons-Smiths.

“Nick taught us to practice singing, not so we can be better than everyone else, but so that we may be able to witness effectively out to the crowd,” said Jesus Nkunku (Concord Corps). “I used to sing for me and me only, but WMI opened my eyes and showed me that we must witness.”

While the music education was important at WMI, so was spiritual counseling. Sam Fowler (Seattle Temple Corps) remembered Nick Simmons-Smith telling them, “People have invested in you; now you need to go and invest in somebody else.”

“WMI 2011 was again a great success,” said Smith. “Not only did our young people learn lots about being a disciplined musician, but they also had time to enjoy fellowship with one another and learn about God’s plan for their lives.” 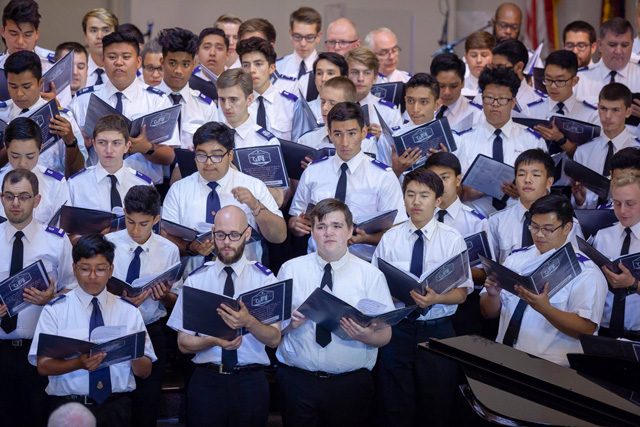 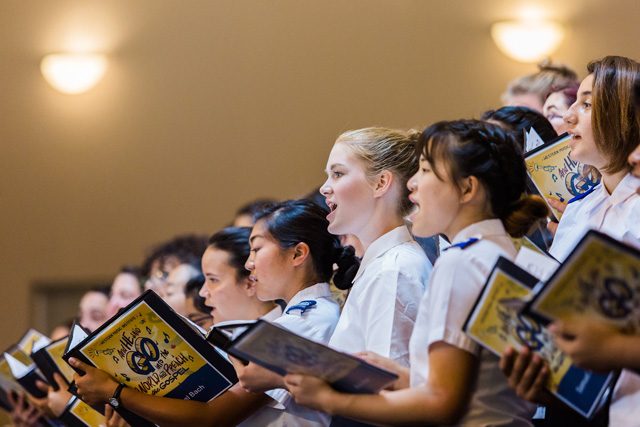