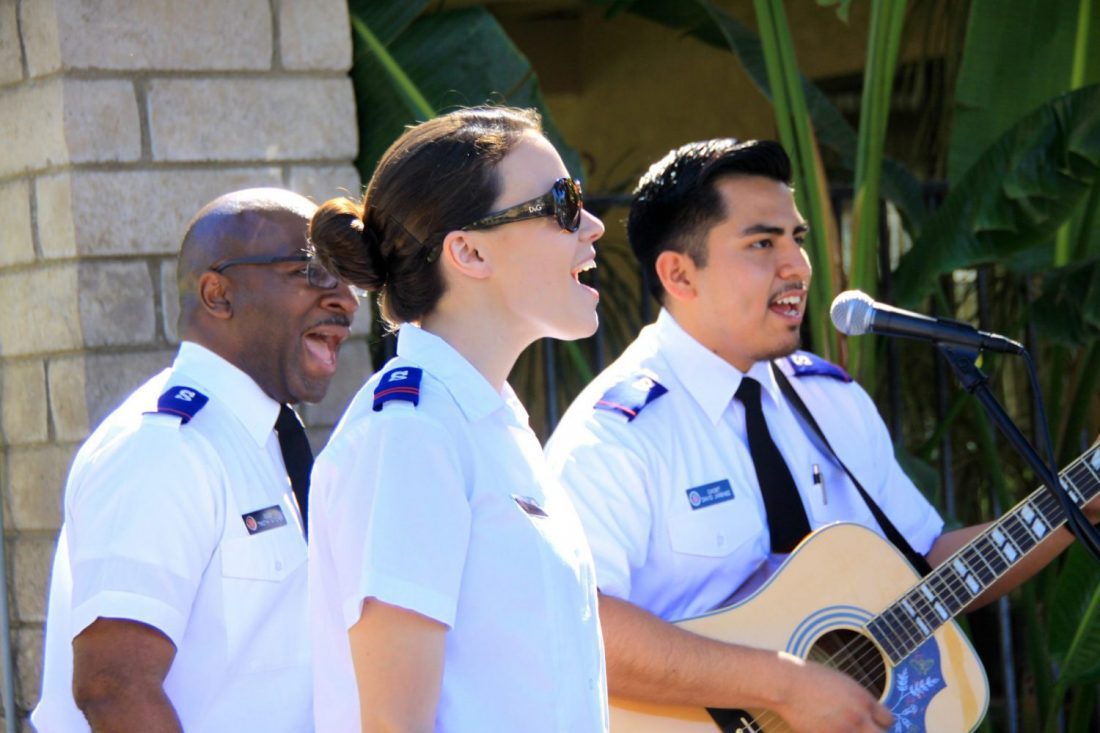 Classroom lessons take on new meaning after experiences in the field.

Cadets from The Salvation Army College For Officer Training at Crestmont in Rancho Palos Verdes, Calif., dispersed throughout the Western Territory for a week of spring campaigns to carry out the mission to “preach the gospel of Jesus Christ and to meet human need in his name without discrimination.”

“The Salvation Army can’t be an island when it comes to collaborating with other nonprofits and organizations within the community,” said Cadet Joleen Aycock of the Body Builders Brigade that traveled to Missoula. “It’s imperative to figure out what the community needs, and strive to do that even if it’s not the ministry or work that you thought it might be.”

The His Direction Brigade experienced successful collaboration in Renton, where the corps food bank is stocked entirely by donations.

“It looked more like a grocery store than a food bank,” said Cadet Kelsey Pearce.

Corps Officers Majors Kris and Camie Potter involved the group in every aspect of the Army’s operation there, and the brigade employed its own goal to be available for prayer throughout the week.

“We didn’t want to miss any opportunity to make God a part of the moment,” Pearce said.

“He asked several questions about life at the training school and how I felt my call to officership,” Walters said. “It was wonderful to share with him my journey that brought me to where I am now.”

Cadets also spent time with groups, such as the Body Builders Brigade in Missoula that visited each morning with older adults at the local Silvercrest residence.

“Each senior moved beyond just a face to a friend in a week’s time,” said Cadet Monica Kyle. Many of the seniors then visited the corps that Sunday.

In Los Angeles, the Mission Possible Brigade hosted a mother-daughter tea party at the Siemon Family Youth and Community Center. They engaged family members during a game that challenged each mother and daughter to define the other with just one word.

“This opened up a very emotional time for the mothers and daughters to express their feelings toward each other,” said Cadet Jennifer Bearchell. “Afterward, some of the mothers said how thankful they were for the opportunity to spend intentional time with their daughter.”