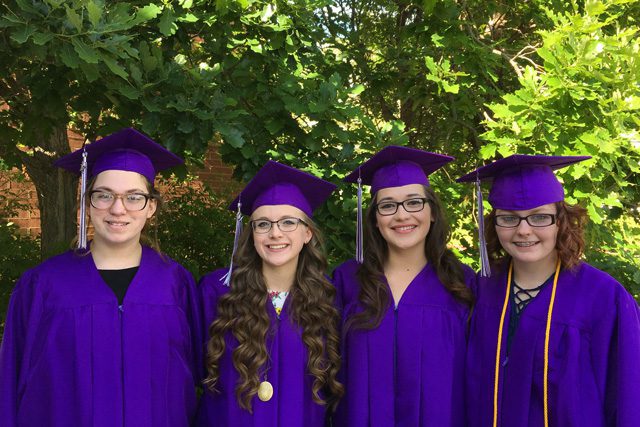 With the completion of a $9 million fundraising campaign, construction is underway in west Boise, Idaho, on a new Salvation Army campus and community center that will include an expanded facility for the Booth Marian Pritchett School Program.

“This will transform the ministry of the The Salvation Army in Idaho for generations to come, and create new amazing stories of people touched by the Army’s ministry,” said Boise Corps Officer Major Bob Lloyd.

Two years ago, a dedicated group of community volunteers helped The Salvation Army launch the Building Futures Campaign to provide funding for Phase I of a new campus in west Boise. The Ada County campus will have a new, larger school for teen parents and a community center, moving The Salvation Army’s programs and services closer to this underserved population center of the Treasure Valley. 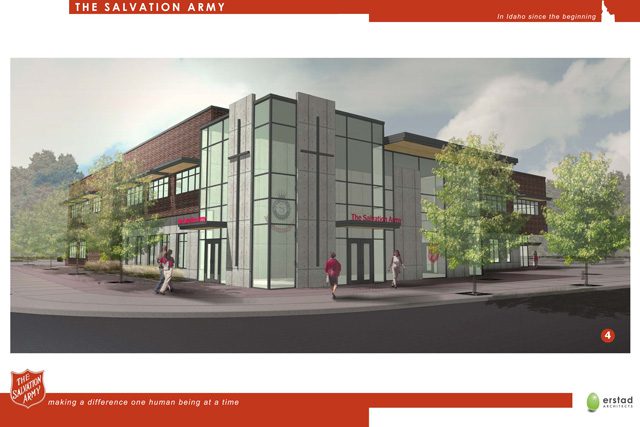 More than 250 donors—families, individuals, corporations and foundations—are making the new campus a reality.  A key gift from the J.A. and Kathryn Albertson Family Foundation has allowed The Salvation Army to officially meet the campaign goal.

Investing in the campaign from the beginning, the foundation wanted to ensure the new campus would become a reality.

“As a longtime supporter of The Salvation Army here in Boise, we are happy to be able to provide the funding necessary to complete their Building Futures Campaign,” said Roger Quarles, executive director of the J.A. and Kathryn Albertson Family Foundation. “This gift is important to us, as the resources will help expand the breadth and reach of the critical programming The Salvation Army provides for our community.” 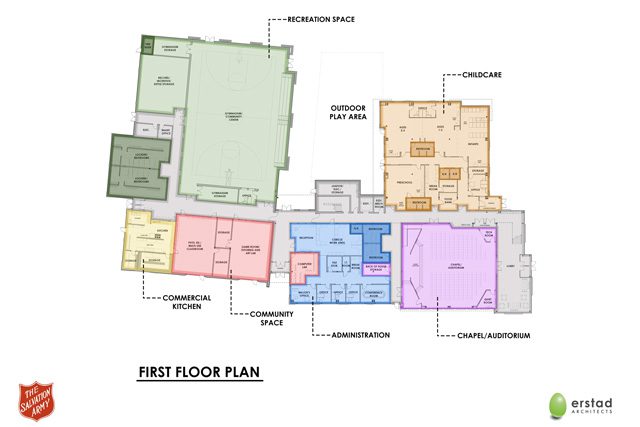 “The gift speaks volumes about the J.A. and Kathryn Albertson Family Foundation and their commitment to helping create a greater sense of community in west Boise, while helping others through the variety of education-based programs The Salvation Army provides,” said Michael Ballantyne, campaign co-chair. “They understand the essential role The Salvation Army plays in human services and education, and we are very humbled by their generosity.”

The Building Futures Campaign was co-chaired by three distinguished community volunteers: Ballantyne, managing partner, Thornton Oliver Keller Commercial Real Estate; and Jenifer Dellgard, corporate recruiter for First Interstate Bank. Business leader and philanthropist, Jim Kissler, CEO of Norco and trustee of the Kissler Family Foundation, served as honorary chair of the campaign. Together they worked with a campaign cabinet of 36 community volunteers to raise the donations necessary to fund the project.

“It’s been more than 50 years since The Salvation Army has gone out to the community with a major campaign and the community has been incredibly generous with the way they have rallied around The Salvation Army,” Dellgard said. “Our campaign cabinet was very generous with their time in helping us share the project with others in the community who care about the problems this new campus will help address. Their leadership inspired so many people to give generously.” 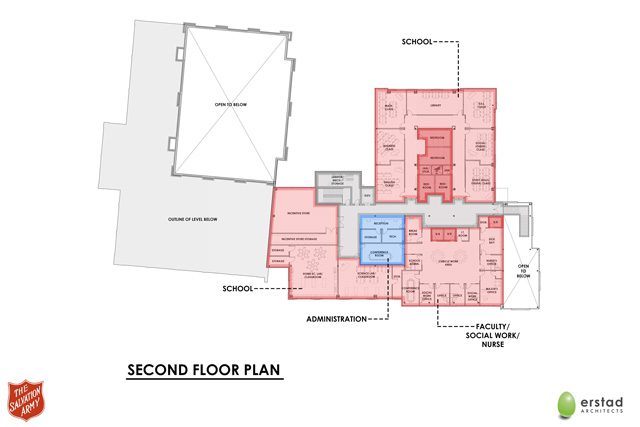 Ballantyne continued, “As soon as people came in the door, took a look around at the school program, learned about the variety of services The Salvation Army offers, and their education-based approach, I think they saw how much the new campus was needed and how much our community will benefit from it.”

Lloyd said that the new campus will offer education, recreation, arts, social and spiritual programs for youth, adults and seniors in one of the most underserved areas of Boise. The first phase of the project will be to expand the Booth Marian Pritchett School Program and open the community center, which includes a full-size gymnasium and recreation fields. Eventually funds will be raised for a second phase of the campus, which will be a building to support family services programs and a food pantry. 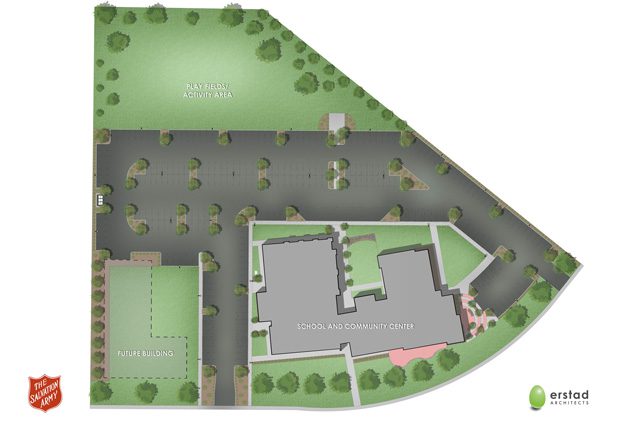 “Just as we’re proud of the 97-year history at our current location, over the next 100 years we anticipate just as many stories of lives being transformed,” Lloyd said.

Completion of construction for Phase 1 is expected in August of 2019.  The new campus will be located on Emerald Street between the cross streets of North Maple Grove Road and North Mitchell Street.

“The generosity of our community is incredible—especially for the projects which help struggling families to help themselves,” said Dellgard. “I know I speak for everyone involved when I say that we have been so fortunate to be a part of this project and see first-hand how much our community cares about others.”