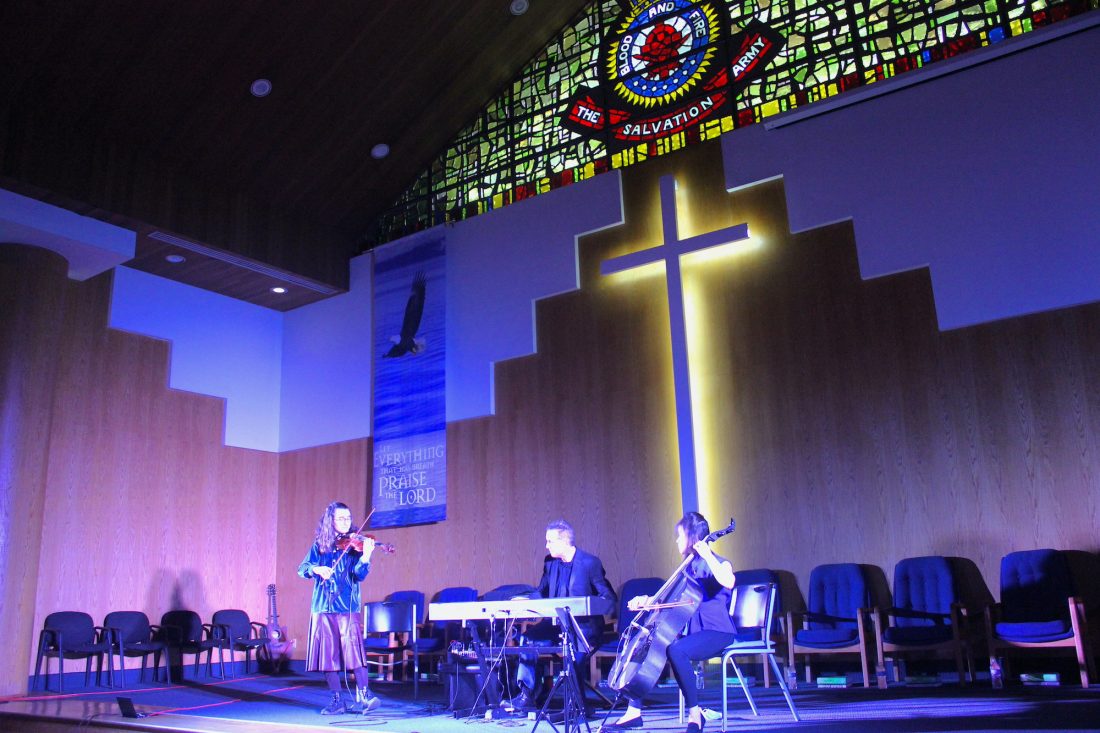 World-renowned composer and pianist Eric Genuis took the chapel stage at The Salvation Army’s Adult Rehabilitation Center (ARC) for an evening of music aimed to inspire hope and uplift those struggling with addiction in Anaheim, California.

“You couldn’t get to Carnegie Hall, So we brought Carnegie Hall to you,” Genuis said to the audience of Salvation Army beneficiaries and staff on Jan. 24, 2022.

Genuis founded his nonprofit, Concerts for Hope, with the goal of bringing music into “dark places” where “people don’t have the opportunity to hear such excellent performances.” These concerts allow people to “encounter something beautiful” during difficult times in their lives, Genuis said. 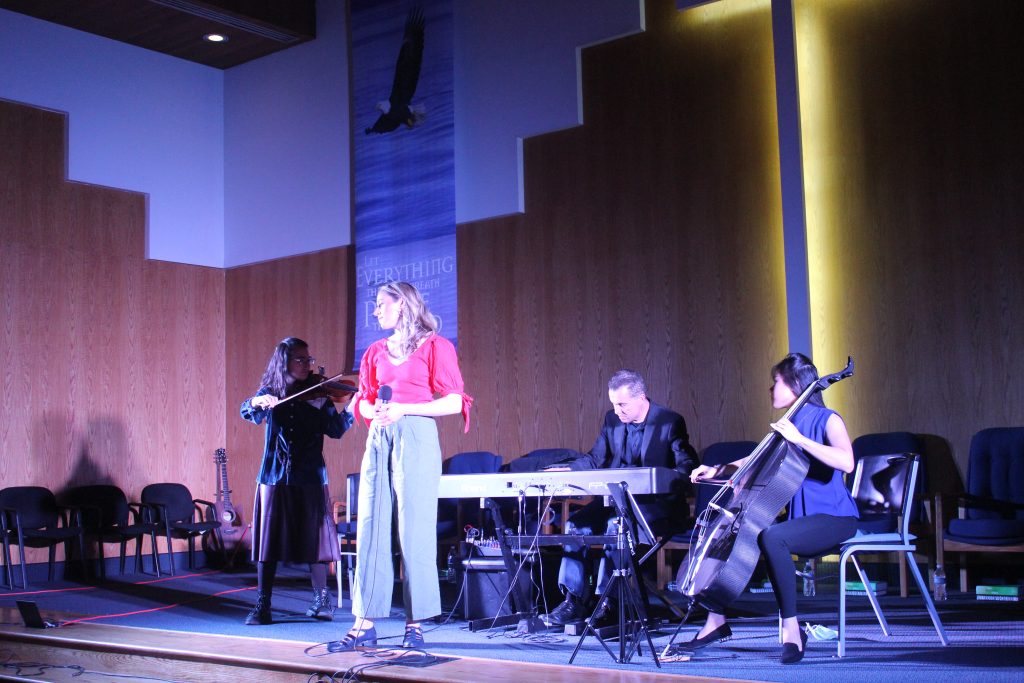 “I’ve performed in every kind of venue imaginable,” Genuis added, detailing his concerts in nearly 1,000 prisons over the last 30 years. “It’s because of how I feel about music.”

“There’s something about music that is mystical…It’s only a physics wavelength—yet, when you put these wavelengths together it paints this beautiful picture.”

Throughout the performance, Genuis spoke to the need for “evaluating the impact of music.” Rather than using music as entertainment or in the background of the activities of our lives, he invited beneficiaries to experience music in a new way.

“The beauty of music transcends the brain and goes right to the soul,” Genuis said. “That’s what art was always meant to be—it’s meant to uplift the human condition.” 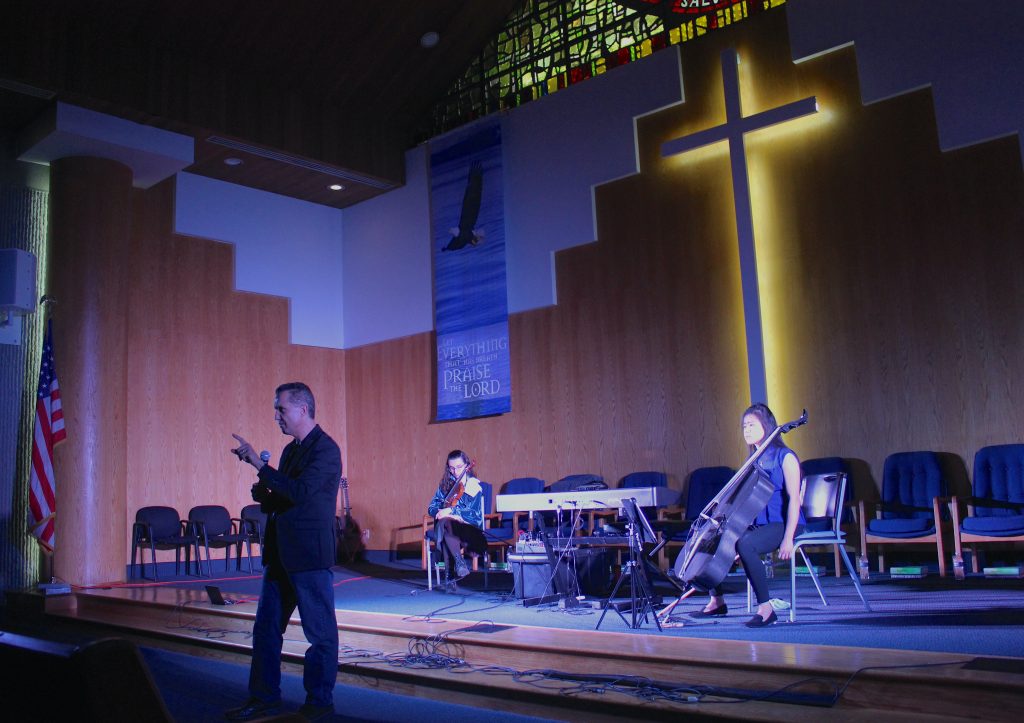 Between songs, Genuis shares his experiences performing in “forgotten” places and opens up the floor for questions from the audience. Photo by Lou Buhl.

While most people listen to music without thinking of its healing powers, studies have shown that music can help people struggling with a number of diseases, including addiction.

“Music can be used privately to enhance mood, help one forget the stressors of the day, and as a distraction technique to deal with cravings and other issues that are commonly encountered in recovery,” according to an article from the American Addiction Centers.

The article goes on to state how implementing types of music therapy in conjunction with 12-step programs can “ease stress, help people relax, increase focus on recovery, and help individuals who are having difficulty adjusting to the demands of recovery.”

While Genuis doesn’t categorize his concerts as music therapy, for many beneficiaries it served that exact purpose.

At the end of each performance along the Concerts for Hope tour, ARC beneficiaries were asked to share their thoughts by writing comment cards, with responses ranging from expressions of gratitude to “tears of joy.”

“If there is a God, that’s what his voice sounds like. Amazing.” Photo courtesy of Dalita Lovett.

One beneficiary even wrote to Genuis that his soul was “shattered and mended with every note.” He went on to write about the 47 times he was arrested, resulting in the majority of his 20s spent in prison. “Today your music set me free to a degree that can’t be put to words,” he concluded.

“One of the things that I really love is giving the women and men new experiences,” Anaheim ARC Administrator for Business Major Erik Hoogstad said. “Whenever we have opportunities for these types of things, we like to include them.” 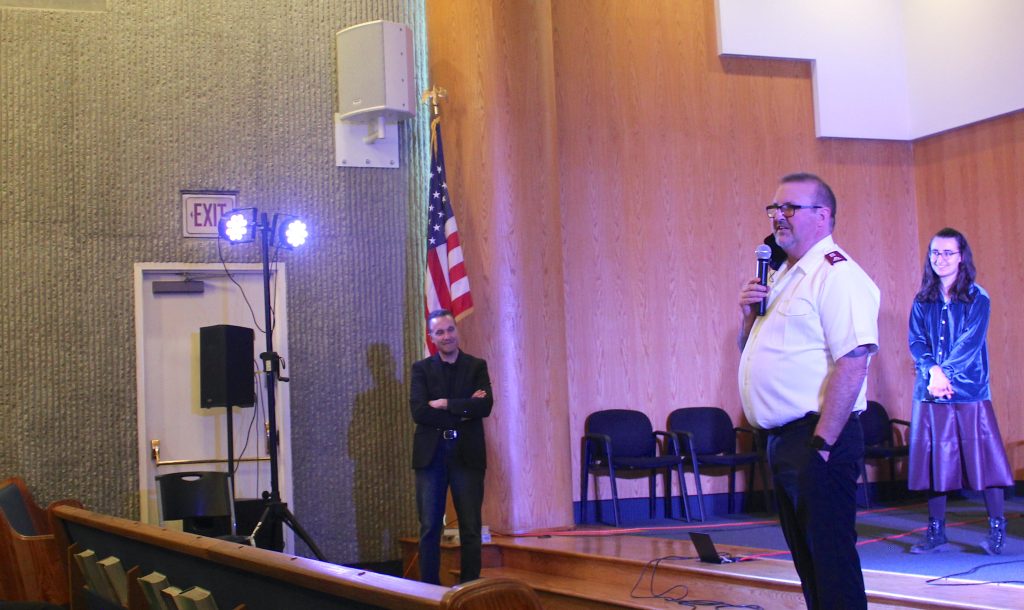 Throughout the program beneficiaries encounter music in chapel and praise and worship services, Hoogstad said—yet, music is “not as prevalent as [he] would like for it to be” in the program.

For many beneficiaries, Hoogstad said encountering “a classical type of music” with “operatic-style singing” is rare. “They just don’t have experiences like this,” he added. However, he said he’s looking to bring in more musical performances for beneficiaries in the future.

“Music is important, it ministers to a different part of you,” Hoogstad said. Whether it’s the lyrics of a song or the melody of the instruments, Hoogstad said music has the power to open up our hearts and “minister to our souls.”