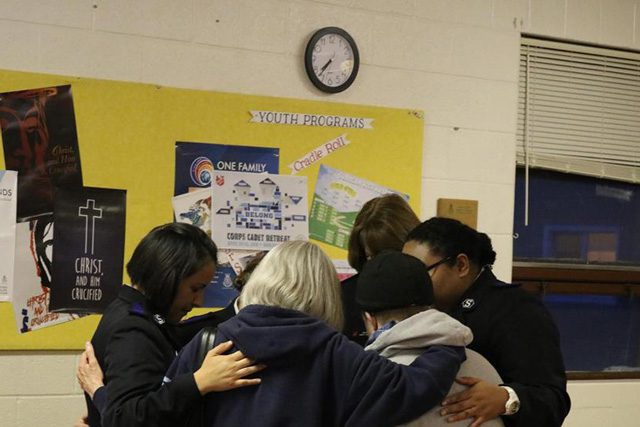 The Band of Believers Brigade from the College for Officer Training at Crestmont witnessed three corps in action during its Spring Campaign assignment: Bozeman and Billings, Montana, and Sheridan, Wyoming. These small corps in the Intermountain Division showed us how to fully utilize the resources, people and community that God has provided. As a brigade, we were blessed at all three locations. 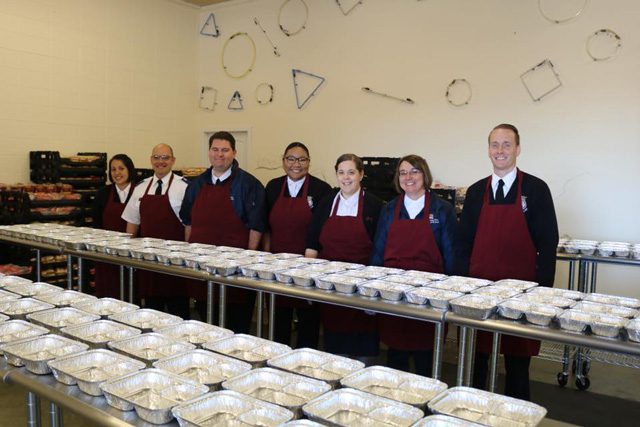 In Bozeman, our first stop, we led the holiness meeting and participated in a united service with local corps. We also helped with the corps’ homeless breakfast, which about 30–40 men and women attend after being bussed in from the local warming shelter.

Moving on to Billings, we immersed ourselves in their mobile feeding program. Each evening, Monday–Saturday, the corps sends out two vans to deliver homemade meals to roughly 250–500 people (depending on the time of year). These individuals are literally being fed by the Billings Corps, night after night, having no other means for food. Witnessing the corps’ efforts and dedication toward this ministry and the impact it’s making in the community was amazing. 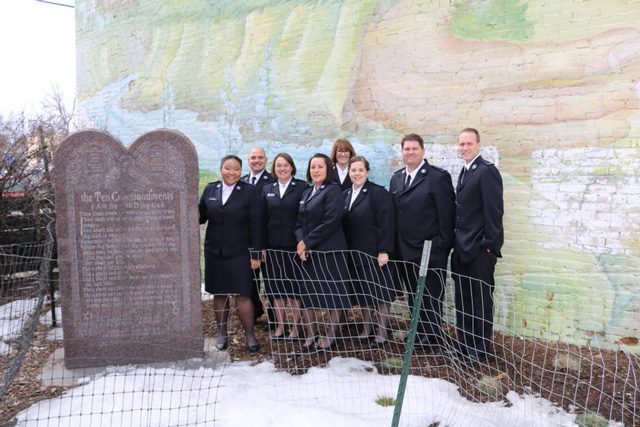 Taking in the sites in Billings Montana

I was most impacted during our final stop in Sheridan, where we observed what it means to take ministry outside of the box. The officers took us to the Crow Indian Reservation Lodge Grass School, where every two weeks they teach troop lessons to the 14 classes there. Through this relationship, The Salvation Army is doing its part to ensure these students are heading in the right direction in life. While God is not directly shared with the students, the Sheridan Corps is a beacon of light, hope and the love of Christ in this community.

In these locations, with the next closest corps being two hours away, ministry can be somewhat challenging and a bit isolating. These officers are continual examples of embracing God’s call and being lightbearers in their communities. 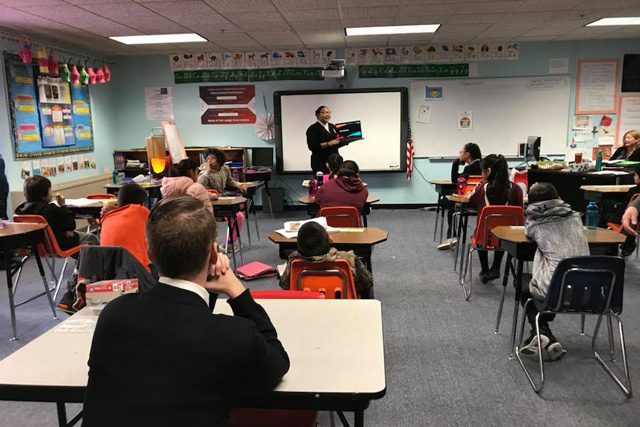 Cadet Stephanie Simmons teaches a lesson on responsibility to the students at the Lodge Grass School in Sheridan, Wyoming.

Sharing is caring!
Tags:
College for Officer Training, Intermountain, May 2018, Vol 36 No 05