Walkers in Anchorage bring awareness to the issue of human trafficking. Photo by Jenni Ragland

Last January, Stephanie Freeman, a young Salvationist from Anchorage, Alaska, attended the “Time to be Holy” youth conference in Canada. Here she felt God directing her to take a bold step—to do something to bring awareness to the far-reaching impact of modern day slavery and human trafficking.

With encouragement and support from family and friends, Freeman organized “A Walk to Raise Awareness.” The walk drew significant interest, with more than 60 participants including representatives from the mayor’s office, Anchorage corps members and concerned citizens. The youngest participant was 4 years old. Following the walk, a resource fair provided additional information along with free samples of fair trade products including chocolate and coffee, donated by local Kaladi Brothers Coffee.

“Although most people are aware of the tragic circumstances surrounding trafficking and slavery,” said Freeman, “they also mistakenly believe the issue impacts only impoverished, third world countries.”

Statistics show that trafficking and slavery know no boundaries. The 2011 U.S. Trafficking In Persons report estimates that more than 27 million people around the world are victims of slavery, with over 100,000 victims in the United States. In Alaska, a significant issue is the number of Native Alaskan teens that become enslaved in prostitution.

Additionally, when consumers purchase items like chocolate or coffee, they need to be conscientious, making sure their dollars aren’t supporting the slave labor.

Creating awareness is a great first step in addressing this issue, but like Freeman, people need to step forward boldly and take part in ending this tragedy against humankind.

Sharing is caring!
Tags:
Trafficking and slavery, Vol 29 No 14 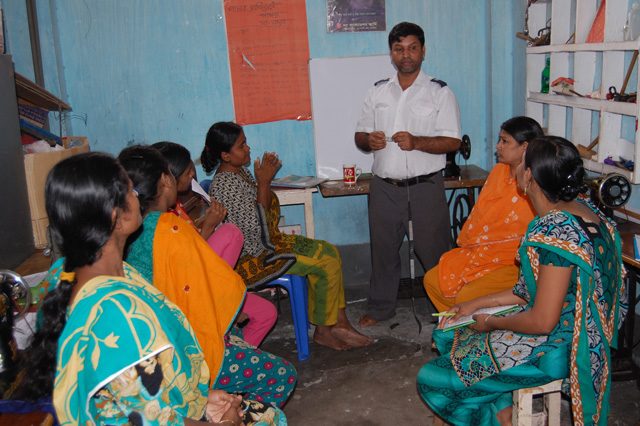 Leaving the brothel behind