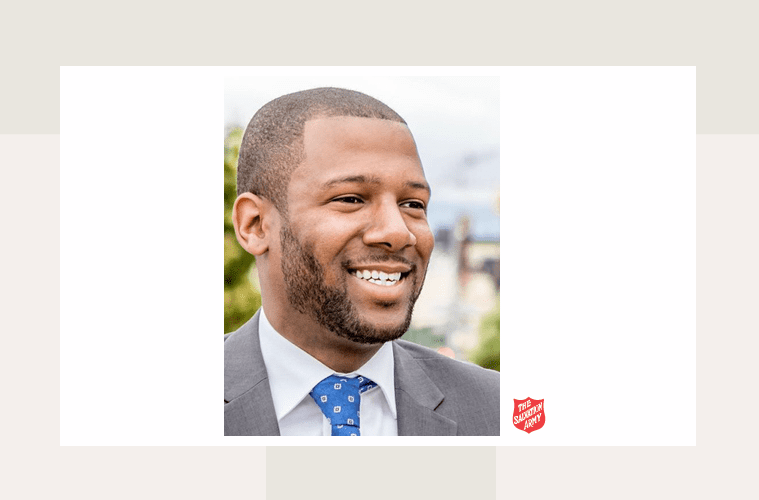 In focusing on community in Merced, the blessings grow.

Those who know me well wouldn’t say I’m the most coordinated person. I frequently spill things on myself. My wife teases me that almost every time we eat lunch together I end up with some sort of spot on my shirt. It becomes a game of “find the lunch on Joel,” and the prize is a dirty uniform shirt for the rest of the day. I’m not the guy you want to pour you a drink either. All too often I forget what I am doing, distracted by a noise or caught up in conversation, and before I know it the cup is overflowing and I’m soaking wet.

The Bible talks about overflowing cups. Oddly, it’s seen as a blessing. I usually find a cup overflowing to be frustrating or embarrassing, but David seems to think it’s pretty great when he talks of sitting in a place of honor at the Lord’s table with an overflowing cup in Psalm 23. When I put myself at the table in my mind I see myself holding an empty pitcher, wine all over the tablecloth and my pants, and everyone shaking their heads and rolling their eyes. Not so much a place of honor.

I’ve been reminded recently that the cup isn’t actually full of water or wine, and I’m not the one pouring it. The cup is full of the grace, love, abundance, and general blessings of God, and he is the one who ends up pouring it all over the table.

I think we are seeing something like that in Merced, Calif. It is a relatively small agricultural town in the Central Valley of California. It’s one of those “other side of the tracks” kind of towns in the most literal sense. On the north side of the train tracks that run through the town are the nicer stores, bigger houses, and all the money. Once you cross south of the tracks, you find smaller homes, struggling schools, and people pushing shopping carts and baby strollers full of bags of cans to recycle. You find honest, kind-hearted people trying to make it through life, and you find thugs and drug dealers making a different kind of life. And you’ll find The Salvation Army, too.

We have met a lot of really good people in the south side of town. Many of them are frustrated with the problems that plague their neighborhood, and there tends to be a negative attitude throughout Merced about the south end of town. The truth is, however, that most people there are kind hearted and hard working.

The Lord has laid on our hearts that our corps needs to be a place that highlights the goodness that is already here, and the positive sense of community that God is creating in our neighborhood. So one way we have tried to do this has been throwing parties for our neighbors. We did a movie night complete with nachos, lawn chairs, and “Big Hero 6” projected on a wall in our courtyard with 70 people, many of whom seemed happy to have something like this in their neighborhood. In all honesty, we barely planned anything. The event had been on our calendar, but it still somehow caught us by surprise. Despite ourselves it was a resounding success. God was already filling our cup as we struggled to pull out our chair at the table he had spread.

A couple of weeks later, Little Caesars Pizza came to town distributing pizza from “The Love Kitchen.” Soon after, we held a Back to School night. We hadn’t planned on doing anything too big, because we didn’t have much money to. Then a donation dropped into our laps that allowed us to buy backpacks and supplies for kids from our side of town. That gave us the extra push we needed to go all out with the event. We brought in a bounce house, a large inflatable water slide, cotton candy machine, snow cones, a DJ, and hairdressers to give free haircuts. It cost some money, but it was well worth it.

We hoped and prayed to get 200 people there, but 275 of our friends and neighbors arrived. Five people dedicated their lives to Christ, and several others said they would like to visit our church sometime. One of them was a young veteran who struggled with social anxiety due to post-traumatic stress disorder. He was also a single dad. He said he was so grateful for the event, something safe and positive in a neighborhood where gunshots can be heard at night, that he stayed to clean up after.

It has all been such a great reminder that the work we do in our communities is never really our work. God has been working a desire in the heart of this neighborhood for better experiences of community. The Lord brought us to this table he had already been busy setting. Despite our all too often clumsy attempts to do his work, everything went so incredibly well because it was his idea and his work all along. We just needed to show up to his table.

The blessings keep pouring too. The donor that paid for the backpacks and supplies ended up giving more than originally planned, covering the entire event and then some. The cup has been overflowing and I think it’s starting to get all over the floor, and it’s wonderful.