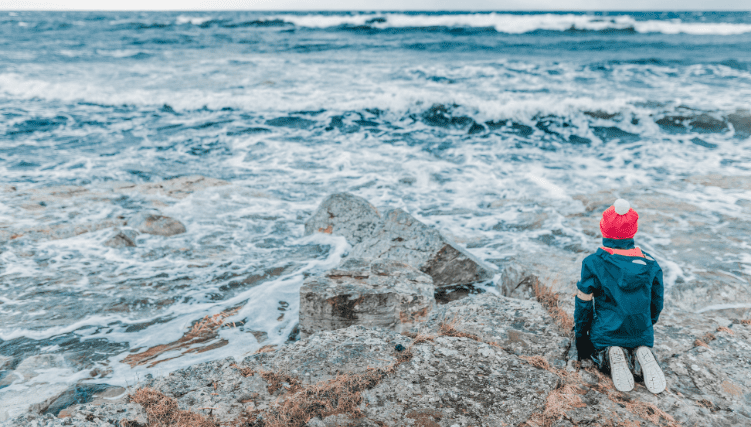 It was a special night, Jan. 11, 1974, the night the Kohoutek comet passed the earth, visible for all to see. For me, at age 9, it meant something else. It was the night that two eggs hatched in the incubator I got for Christmas. My mother woke us—me, my sister and two brothers, around 3 a.m. because the eggs were hatching. My older brother had been reading about the comet, and he was excited about that. What a truly magical morning that was, as my baby chick and duckling hatched in my little incubator, as well as getting to see a comet for the first time in my life.

I share this—one of my favorite childhood memories— to illustrate the rewards of waiting. Two weeks prior, my mother and I had placed the two eggs in my new incubator. Those were the two longest weeks of my young life. Several times a day, I would go to the incubator, looking for movement or a crack in the eggs from the birds trying to peck their way out. It was grueling. After a week, my patience wore thin; I was frustrated that nothing appeared to be happening. The waiting was the hardest part.

As an adult, waiting still isn’t easy. Waiting on God to answer prayer can be among the toughest times in a believer’s walk with Christ. The answer may not come for a long time. So it was for the subject of the Scripture in Acts 3:1-11.

Peter and John went to the Temple one afternoon to take part in the three o’clock prayer service.  As they approached the Temple, a man lame from birth was being carried in. Each day he was put beside the Temple gate, the one called the Beautiful Gate, so he could beg from the people going into the Temple. When he saw Peter and John about to enter, he asked them for some money.

Peter and John looked at him intently, and Peter said, “Look at us!” The lame man looked at them eagerly, expecting some money. But Peter said, “I don’t have any silver or gold for you. But I’ll give you what I have. In the name of Jesus Christ the Nazarene, get up and walk!”

Then Peter took the lame man by the right hand and helped him up. And as he did, the man’s feet and ankles were instantly healed and strengthened. He jumped up, stood on his feet, and began to walk! Then, walking, leaping, and praising God, he went into the Temple with them.

All the people saw him walking and heard him praising God. When they realized he was the lame beggar they had seen so often at the Beautiful Gate, they were absolutely astounded! They all rushed out in amazement to Solomon’s Colonnade, where the man was holding tightly to Peter and John.

Although I’ve read this account countless times, I messed a nugget of truth within the story, one I just recently discovered. This man, lame from birth, was brought by his family many times to the Beautiful Gate, where he would beg for money at the temple’s common entrance because of the high volume of people who passed that way daily.

Meanwhile, Jesus, himself passed through this gate often. He must have walked by this man hundreds of times during his three-year ministry. No doubt this man, disabled from birth, had heard of Jesus and the miraculous healings he was doing. I imagine he called out many times as Jesus passed through the gate with his disciples; yet, Jesus never cast his gaze upon this man.

It’s not that Jesus wouldn’t have noticed him, since his family had positioned him so as many people as possible would see him and give him a donation. I feel sure he must have been frustrated at hearing about so many people being healed by Jesus, but not being noticed himself. Perhaps he was even angry that Jesus never seemed to hear his cries, even though Christ was near him multiple times.

Little did this man realize that Jesus was not unaware of his presence and his needs. Jesus did, in fact, see him and hear his cries, but this individual was not to be healed by the hand of Jesus directly. God’s plan was for this man to be healed by the power of the Holy Spirit, through the hands of Peter and John, in the name of Jesus Christ. It was one of many signs, and wonders performed by the disciples, that proved the truth of Christ’s resurrection—evidence that helped promote the gospel of Jesus Christ.

It’s not a cliché: God always answers prayer, in his time and according to his will, so Christ will receive the most glory possible in every situation. God hears our cries. He sees our trials and frustrations. He knows our pain, but he also knows the value for us spiritually when we wait on the Lord. It builds godly character and perseverance when we patiently wait for him to answer—no matter what that answer is. Isaiah 40:31 says, “But those who wait on the Lord Shall renew their strength; They shall mount up with wings like eagles, They shall run and not be weary, They shall walk and not faint.”  So, hang in there and get ready to fly. In God’s time you will soar like an eagle.