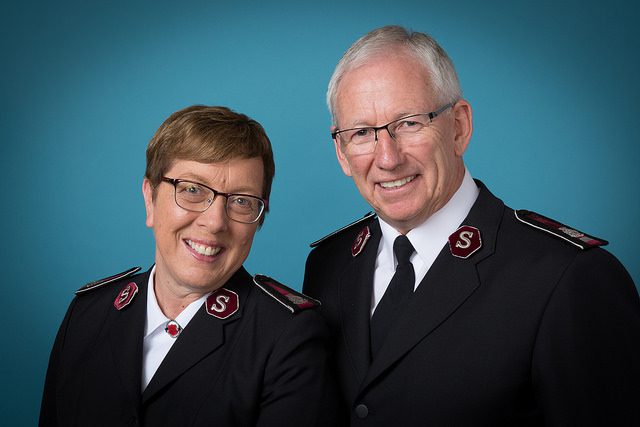 The 2018 High Council concluded the day May 24 with its election process, undertaken in silence as a solemn and sacred duty, resulting in the election of Commissioner Brian Peddle as the 21st General of The Salvation Army.

The morning began with the worldwide prayer meeting. Led by Chaplain Commissioner Mark Tillsley (International Headquarters), the five zones into which the international Army is divided administratively became a focus for prayer, naming specific requests where appropriate. Each time the focus changed the members of the zone being lifted up to God were encircled by their fellow council members. These moments of prayer concluded with the chorus “Bless them Now.” 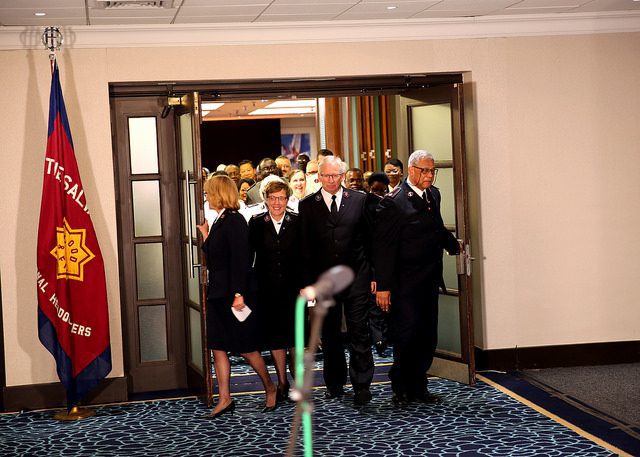 At the beginning of the day’s business, the High Council President (Commissioner Birgitte Brekke-Clifton, International Headquarters) took a few moments to acknowledge and thank the support staff: translators, IT support, secretarial staff and recorders—a sentiment endorsed by the council with appreciative applause.

As with the answers to the questionnaires on the previous day, the speeches from the four candidates were delivered without interruption and there followed no expression of approval or dissent. The drawing of lots again determined the order in which the candidates gave their speeches, which were received in silence. The council then adjourned. 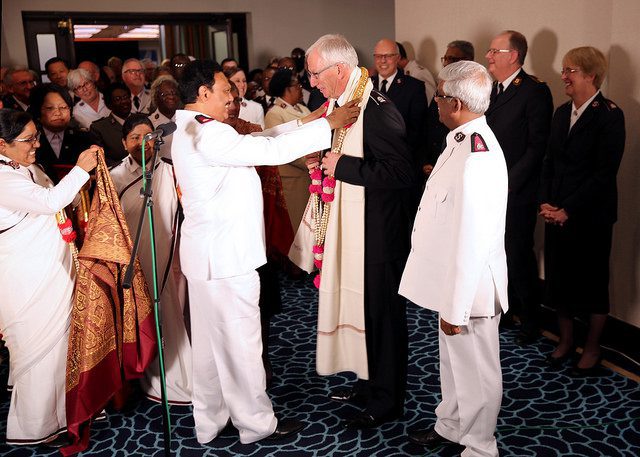 The Chaplain led the council in singing song 975 from The Song Book of The Salvation Army, “Salvation! O the Joyful Sound!” before Commissioner Devon Haughton (Territorial Commander, Caribbean Territory) read from Acts 7:51-60. Drawing on these verses and directing his thoughts to the candidates, but suggesting they were for all present in the chamber, the Chaplain spoke of the need for holy boldness. In this story of Stephen he noted also the heavenly assurance he received and finally that, despite everything, Stephen continued to have a heartache for humanity. The council joined in the song “To be Like Jesus,” with its emphasis on “His Spirit helping me …” before prayer was offered by Commissioner Yvonne Westrupp (Territorial President of Women’s Ministries, New Zealand, Fiji and Tonga Territory.)