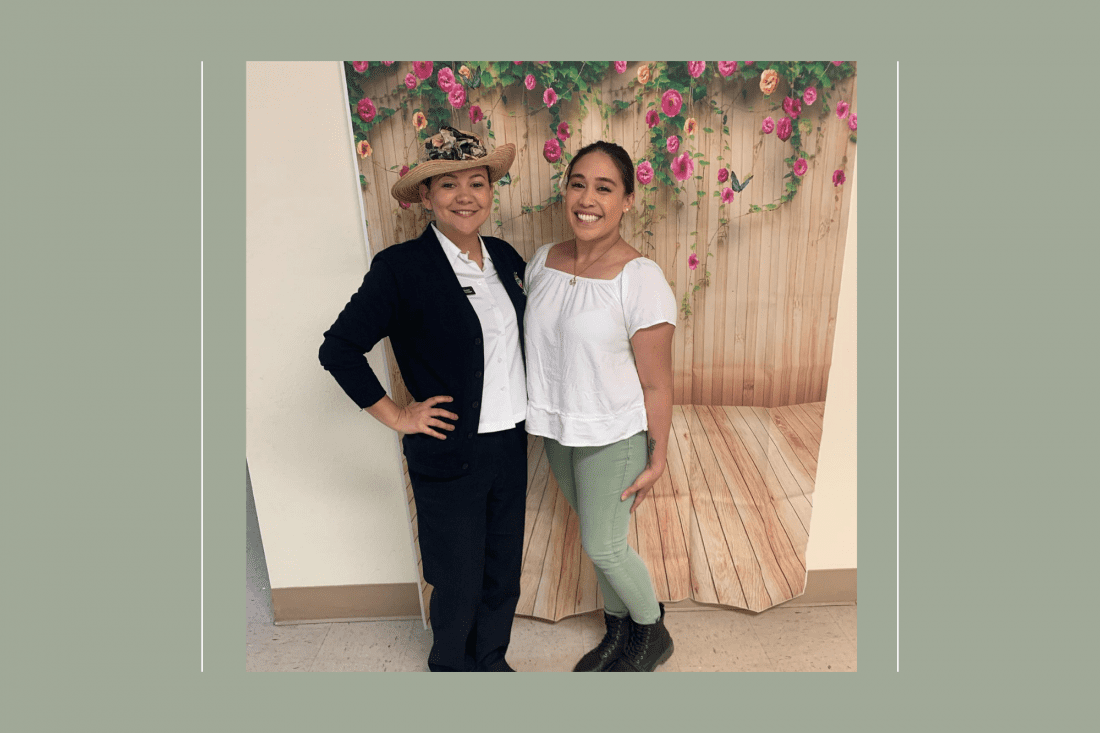 World Missions demonstrates the love of Jesus around the world

When Lt. Aline Posner was appointed to the Auburn Corps a few years ago, she knew she wanted to create a way for people in the corps to make a bigger impact in the global community.

Posner, who was born in Brazil and whose parents are serving there now, wanted people to make a meaningful connection with The Salvation Army’s World Missions, which supports religious and social services in countries across the globe.

Sure, people donated through tithing and self-denial. They filled little boxes with loose change and brought them in at the due date. But Posner wanted them to form a deeper relationship with the purpose of World Missions and the impact it made in people’s lives.

That’s how the Ladies’ Tea was born. For four years now, women have dressed up and come together to raise money for World Missions while also learning more about the services provided and where the money was going.

“By attending the tea, they become more connected and aware,” Posner said. “It’s a way for them to learn about where we are making a difference and our mission as a whole.”

World Missions has a clear and direct goal: to demonstrate the love of Jesus and meet human needs around the world.

“A part of our mission as Christians is to seek God’s kingdom here on earth,” World Missions and Child Sponsorship Director Rachel Ramirez said. “We know there’s a lot of brokenness and pain around the world, and a lot of it is directly related to the repercussions of poverty. How can we see beyond what is directly in front of us and help spread that love and meet those needs throughout the world?”

“We seek to improve the health, economic and spiritual conditions of people throughout the world,” Ramirez said.

“We do so many great things locally, but we have a huge world out there. That’s the umbrella of World Missions.”

Each U.S. territory has specific international territories it supports globally. Those countries receiving the money are called “implementing territories.” They depend on the money raised by supporting territories to cover their operations, especially when they are unable to raise similar funds within their own country.

“A lot of these countries are literally relying on us,” Ramirez said.

Fundraisers like the Auburn Ladies’ Tea go directly to funding programs that make a difference in these countries.

“They have the heart and passion for giving back, not only locally but internationally, as well,” Posner said about the people of Auburn.

Many people are most familiar with Child Sponsorship, but the program has undergone a significant transition within the last few years. Originally, the structure allowed people to sponsor individual children. But a couple years ago, the program transitioned to connect sponsors with a specific school, center or program. The goal was to address any inequality within the system, with the centers determining how the money can best serve all the children present.

“Previously, some children may have been sponsored while others weren’t,” Ramirez said. “This way, when a center is sponsored, all the children can benefit equally.”

It also allows the center to be more strategic in their approach, funding projects that will benefit not just the children currently there, but those in the future, Ramirez said.

For example, Brazil supported a vegetable garden with money from supporting corps in the Western Territory. The garden functions as a teaching tool for kids to learn about how food is grown, along with nurturing life skills like responsibility, problem-solving and critical thinking. The garden also supplied food that was used in the children’s lunches.

“It may be difficult to understand that, in the 21st century, there are places in the world where children die from malnutrition,” said National Secretary for Community Development Major Philippa Chagas. “The COVID-19 pandemic has made this situation worse, as the existing shortage of basic services has had tragic consequences. Many of the children who received at least one meal a day in schools started living on donations to survive, as schools were closed.”

Beyond Child Sponsorship, money from the Western Territory helps support essential services such as health, education, nutrition, basic sanitation and protection for those who are living below the poverty line. Many of these offerings, along with those that address community concerns like clean water and income generation, fall under World Services.

“[World Services] reaches the most vulnerable families and children with essential services,” Chagas said. “It means enabling The Salvation Army to offer some social protection to people in challenging situations, especially the children and adolescents.”

Another way World Missions makes a difference is through the Global Gifts program, which offers gifts for purchase that promote justice for the poor and marginalized around the world. Many of the gifts are created by artisans in implementing territories, allowing for job creation, empowerment and poverty alleviation. Donations can also pay for other types of gifts for those in need, such as meals for child trafficking victims in the Philippines and baby care kits for refugees in Venezuela.

A foundational tenant within The Salvation Army is the belief that every human is created in God’s image.

“Everyone deserves a life of dignity where they can experience that truth and God’s love for them,” Ramirez said.

World Missions allows people to join together with their corps to make a significant impact in communities across the globe.

“A lot of us aren’t going to be traveling overseas, but by taking part in these programs, we can see it as a way to be part of the Great Commission,” Ramirez said. “You are funding missional programs and initiatives in these other countries so that people will hear the gospel in their own communities when they might not have the opportunity to otherwise.”