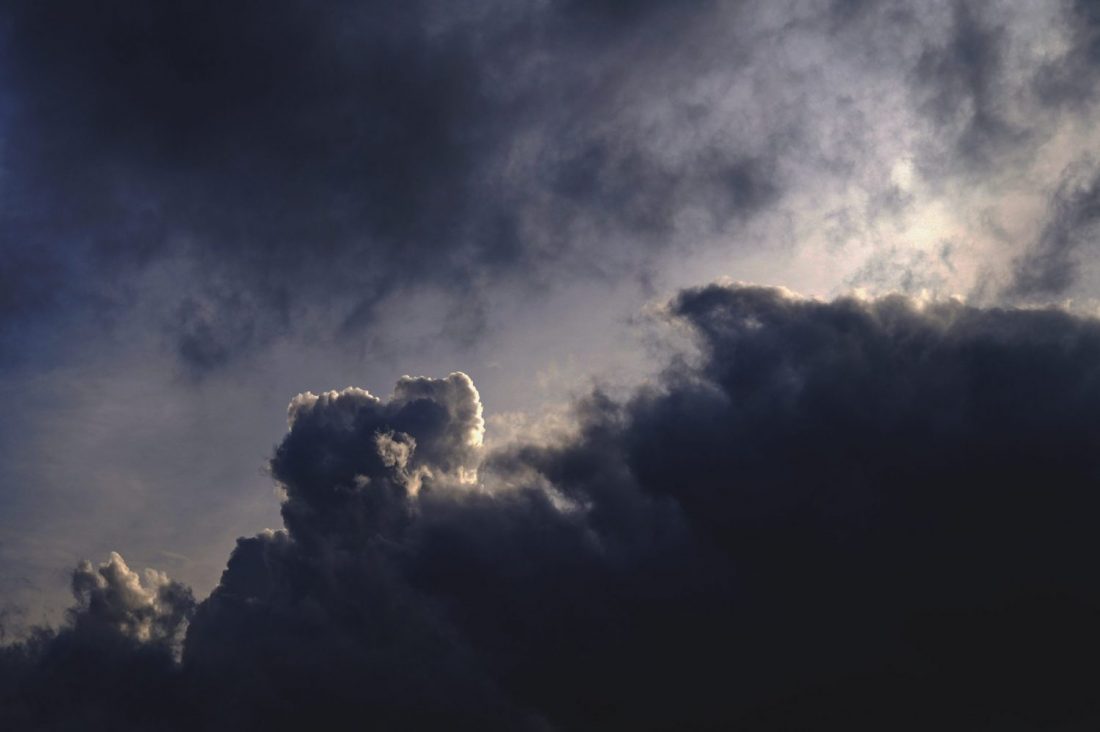 There comes a point in every black person’s life when you realize that the world views you differently. Even with my fair skin, curly hair and light eyes, I realized this by the age of eight. We had just moved from Hawaii to a small town in Eastern Oregon, where anyone brown or black literally lived across the train tracks, except for my mom.

I was fresh off the islands, with glowing tan skin, a slight pidgin accent and little awareness that having a black mother and a white father would trigger evil in the hearts of those around us. We got stares, pulled over by the police, people stopped coming to our church, and then came the threatening phone calls.

My sister realized this reality at the age of six when her teacher tried to hold her back a year because she didn’t believe that mixed African-American children could perform well in the classroom. We heard, and we saw that we were different.

There also comes a day when you realize that “blackness” is a threat and that our freedom as a people has always been a threat to the stability of the white power structures that govern our nation. African slaves were stripped of their names, language, music and culture all in an effort to strip us of power and dignity. We were not allowed to gather, or learn to read, or learn any skill that might be subversive to our owners. We were property, not people, bought and sold at the whims and desires of slave owners. We were victims of rape, genocide, torture, family separation, and emotional and psychological abuse. A war against our humanity was waged against us, and it didn’t stop at the end of the civil war.

Black codes, forced labor, false arrests, segregation, Jim Crow, the Klu Klux Klan, lynching, bombings, and murders kept us far from freedom. These legally sanctioned systems destroyed any chance that we might bear witness to the equality we deserved as children of God. These legally sanctioned systems kept us bound by a system that tried to make us into everything that we were not.

We were not lazy; we built this country. We were not less than, we were endowed with the same imprint of God that you were. Our “Imago Dei”—our image of God—shines just as brightly as anyone’s, yet this claim continues to be refuted. We have souls, we love like you do, we bleed like you do, we laugh, and cry, and celebrate and mourn just like you. We are not dangerous villains, with criminality in our DNA, but that is what we were made out to be. Blackness and especially black freedom has always been painted as dangerous. And we have always suffered the consequences.

The Equal Justice Initiative has documented 4,075 accounts of racial terror lynchings against black Americans that took place in 12 states between 1877–1950. These acts of racial terror were daily reminders to black people not to step too far beyond the boundaries that had been set for us. They were rarely the result of an actual criminal offense, or the result of a trial. This sentence could be due to misinterpreted glance at a white person, the failure to step off the sidewalk quick enough, “uppity” behavior, or any other excuse that was dreamed up. The perpetrators were not prosecuted, and rarely even pursued. The simple plight of trying to attain freedom and dignity were enough to incite this act of terror.

We see the terror today

Such acts of terror exist today, just in different forms. We see it through the mass incarceration of black and brown men. According to Michelle Alexander in her book “The New Jim Crow,” more black men are behind bars or under the control of the criminal justice system than were enslaved in 1850. We see it through racial profiling and police brutality against men and women of color. We see it through wage, wealth and unemployment gaps between black and white households. Black women are two and a half times more likely to die in childbirth, and it has nothing to do with biology. How we have been oppressed has never had anything to do with biology or economics or misunderstandings. We have been systematically oppressed because of the sin of racism that has subjected us to brutality, dehumanization and injustice.

The sin of racism has plagued our country from its inception. While the country’s founders were busy writing equality into the constitution, their slaves were busy tending to their farms, houses and families. Equality was never meant for us. And as a nation, we have not properly lamented, repented and cleansed ourselves of the sins of racism and discrimination. We have not taken stock of the legacy of slavery, Jim Crow, segregation, and the systemic and institutional racism that continues to plague our country, and our churches, and it is hurting us.

Our boys cannot walk to the store to get skittles and a drink. Our women cannot drive away with their lives intact after a simple traffic stop. Our kids cannot play with toys without being mistaken as dangerous threats. We cannot have parties, or BBQs, or take naps without having police interfere. We cannot sit safely in our own apartments, or jog in our own neighborhoods without being gunned down.

When your skin color is a threat, how do you live? How can we live in a nation where this is acceptable? Several months ago, Greg and Travis McDaniels called 911 on a black man who was running in their neighborhood. Even the 911 attendant who answered the call was perplexed, yet the McDaniels persisted. They grabbed their guns, even arranged for a friend to follow them with a camera, and went after this young man, Ahmaud Arbery. Video footage shows that when Ahmaud reached their vehicle, he tried to jog around it. Second later gunshots are heard, a struggle seen, and then it is over. Ahmaud is dead. These men were not arrested and remained free and unencumbered for over two months. Their version of events, not murder, was accepted until public outcry forced the hands of the Brunswick, Georgia, District Attorney’s office to make an arrest. They went free, while Ahmaud was dead. The victim of a modern-day lynching.  The victim of another act of racial terror that reverberated around the country.

I sat in shock, in pain, in anger and sorrow as I processed what I witnessed in that video. How had this become his story? How has this become our story as Americans?  Skin color remains a credible threat that allows murder, discrimination, imprisonment and wholesale oppression of a people to persist. But I cannot, I will not read about another Ahmaud, or Tamir, or Sandra, or Trayvon. We cannot live through this anymore. This is not merely a black issue; this is an Imago Dei issue. If we fail to recognize the precious image of God that is imprinted on all of us, we have failed to love as God has called us to. We have failed to live as Christ lived. That is not a failure I want to live with.

We must change, not because it’s popular or because we want to be more welcoming. We must change because that is what God has called us to do. He has called us to transform the world, not to conform to it. We have conformed for far too long, and we can no longer be silent. Not only will more people die, or be imprisoned, or simply looked over. Your silence will continue to affirm that we, black people, are different and less than. Your silence will continue to chip away at the soul of this nation, and at our souls as black folks.

Too many have already been lost. So speak up. Lament, weep and repent and affirm that our lives do matter. Take another step toward thy kingdom come, thy will be done on earth as it is in heaven. Attach your freedom to ours as we march toward the justice and righteousness, and the loving-kindness we all deserve. Stand up and affirm that my Imago Dei matters.

Confront your bias. Bias is inevitable because we are all human, and we are all imperfect. We can choose to ignore that, or we can confront it and try to change. You can start by assessing and acknowledging your privilege through various tools that take into account race, education, sexual orientation, gender and socio-economic standing. Read “Roadmap to Reconciliation” by Dr. Brenda Salter McNeil.

Listen. When a friend, or co-worker or someone who works for you tells you that they are experiencing racism, discrimination or have felt uncomfortable in a situation, sincerely listen to them. Fight any urge to disagree with them, tell that what happened to them couldn’t be, or say that they must have misread the situation. Listen to them, believe them and follow up as needed.

Educate yourself. If you want to walk alongside your brothers and sisters as they fight racism and discrimination, take some time to educate yourself about what they have been through, and the history of racism where you live. These will help: