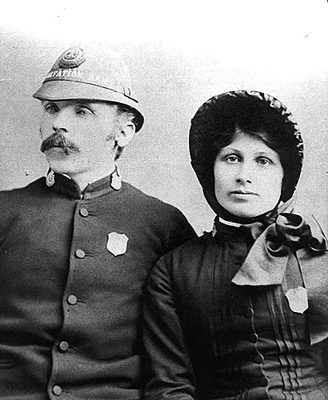 It is difficult to appreciate how different the world was 125 years ago in the American West. It seems fun and adventurous—the stuff movies are made of—but we can only guess the hardship that was part and parcel of everyday life. Suffice it to say, those few who ventured west in the early days of The Salvation Army entered a landscape that would change their world, and their personal diaries and memoirs documented many of the adventures of the day.

Major Alfred Wells, a 24-year-old Salvation Army officer working in Ireland, received a telegram requesting him to report immediately to General William Booth in London. Wells left Ireland posthaste and reported to London the next day. Booth met Wells at the door of his lodging and whisked Wells off to headquarters in a carriage. He assigned Wells to the recently established headquarters of The Salvation Army in America, and wanted him to begin the work of the Army in the west. Booth dropped Wells off in front of International Headquarters, provided instructions and was gone. On a liner to North America, Wells was off.

Once in America, the National Commander encouraged Wells to stay with him and engage in the work of the Army on the East Coast. Instead, Wells followed the orders from the General and made his way west to begin the work of the Army. He purchased passage on a train and left for San Francisco. It was an exciting and exhausting ride, during which he noticed a Native American village close to a train stop. He jumped off the train and bartered his bricklaying tools for a tomahawk and other trinkets before continuing on his way. With his partner, Captain Henry Stillwell, San Francisco teemed with overwhelming possibilities for the ministry of the Army.

Before long, the two bachelor officers shared their heartfelt need to be married and have partners in this new and chaotic ministry. The work of the Army was indeed frenzied and bore no resemblance to the highly organized ministry we experience in the present day. In response to their request, two women cadets in London were sent to the American Frontier and the two officers became four when they married just days after the women arrived in San Francisco. The two “Marys”—Mary Wells and Mary Stillwell—also traveled by train from the American East Coast and recorded a difficult journey in their diaries. When their train arrived at the station in San Francisco, the two women were left standing on the platform as Wells and Stillwell forgot about their arrival, being too busy about their work.

In those early days, sophistication may have lacked but adventure was aplenty. 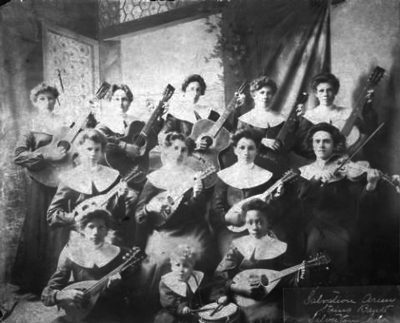 —Compiled by the CFOT Library