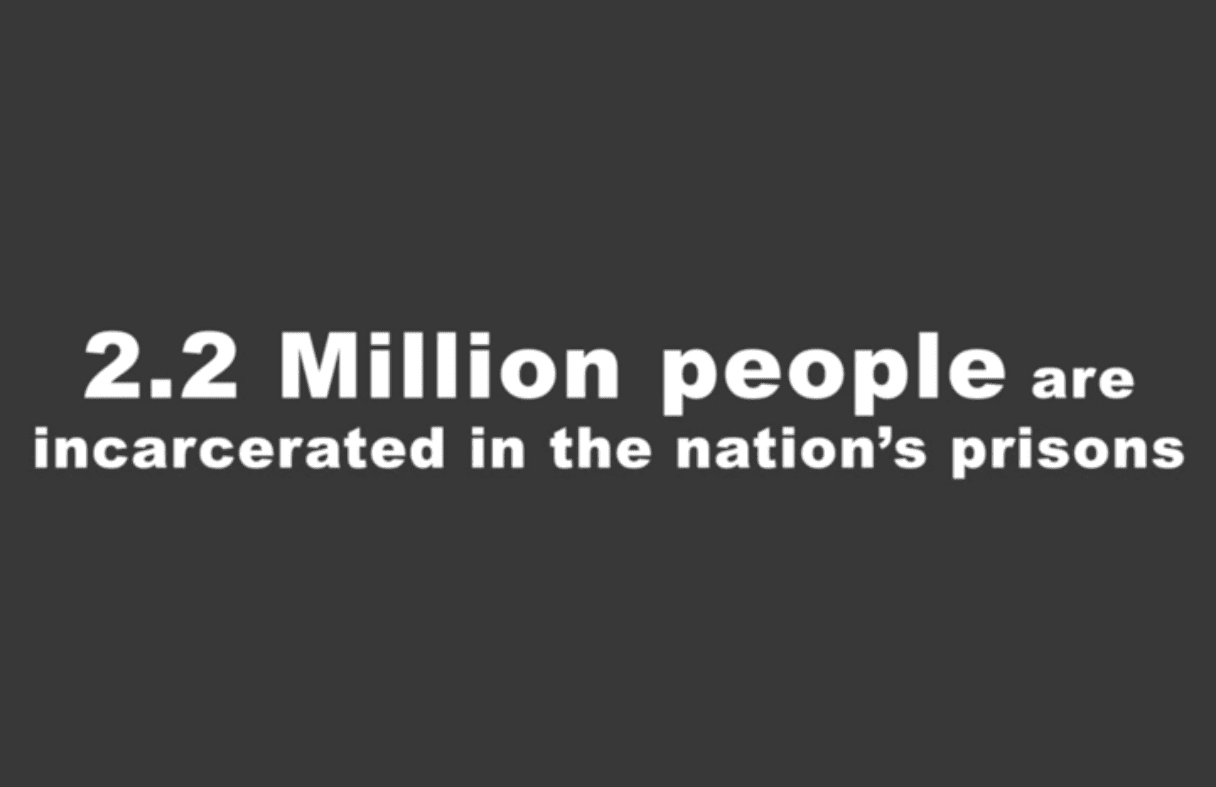 More than 3,550 active students in 13 states are currently participating in the program, which can reduce recidivism rates by up to 24 percent.

For many of us, a small gesture of kindness can make a big difference.

But for the 2 million Americans living in correctional facilities, that gesture of human compassion could be life-changing.

The Salvation Army’s Correctional Ministries department is designed to help new students on a spiritual journey to develop a relationship with Jesus Christ, and for the most mature, to find a deeper understanding of the Bible. In the Western Territory, more than 3,550 active students in 13 states are currently participating in the program, which can reduce recidivism rates by up to 24 percent.

That’s significant, because even though U.S. incarceration rates have fallen in recent years, according to data from the Bureau of Justice Statistics (BJS), the United States still incarcerates a larger share of its population than any other country, and has the world’s largest overall number of people behind bars.

Correctional Services encourages Bible learning and spiritual growth by making Bible study material readily available to men and women in correctional facilities. Studies are available at no cost to the inmates and their immediate family members. The “Christian Life” courses get more challenging as the program progresses.

It was 2005 when Mario first picked up a Bible and started to read it. Having considered himself one of the “lucky ones” who avoided jail in his youth, he had become addicted to drugs and, before he knew it, “was picking up one felony after another,” he said. Heartbroken over how his incarceration was affecting his young daughter, he knew a drastic change needed to be made.

He attended a Bible study led by a couple in their 80s, who would come every week to lead the study with inmates.

“They would hug us and tell us they loved us,” he said. “I used to go back to my cell and think, ‘What would make someone do this?’ And then I realized it was God in their hearts.”

Upon release, Mario found his home church at The Salvation Army. He was so moved by the experience that he now serves in Prison Ministry in the Southwest Division—not as an inmate—but as someone who shares the word of Christ with others.

“I believe that if we find a purpose in serving God, that’s going to definitely be the thing to keep us from ever going back again,” he said.

That purpose extends to the volunteers who serve in the Correctional Ministries as well.

Indeed, the program could not exist without them, said Bilingual Services Specialist Carl Esquivel. “We depend on our volunteers,” he said. “We are very grateful to them. They are our eyes.”

With only two and a half full-time staff members for Correctional Ministries in the Western Territory, roughly 200 volunteers at several local corps are the ones responsible for grading lessons every month and corresponding directly with the inmates, while additional volunteers help with special projects, such as sending out birthday or Christmas cards and providing additional mentorship.

“Sometimes they feel abandoned and alone and give up the courses,” said Bertha Salguero, Bilingual Program Coordinator. “Then they receive a card and they start again. They tell us, ‘you were the only ones that thought about me that entire year.’”

For the last few years, youth groups, and men’s and women’s groups, have all joined in at the Compton Corps in Southern California to write and mail thousands of cards. Dedicated Salvationists at the Santa Ana Temple Corps help as well and a group of about 30 volunteers at the Sierra Vista Corps in Arizona provide assistance, mostly in Spanish.

“They provide encouragement and notes to help with issues the student might be struggling with, such as housing or depression or sadness,” Salguero said. “We in turn then refer them to their closest corps for follow up.”

Bible correspondence courses are also available to the inmates after their release, giving them an opportunity for a long-term, in-depth discipleship. A number of them choose to continue, Salguero said.

Anyone can participate, whether they’re in a temporary jail or on death row, and the same goes for volunteers on the other side helping them on their spiritual journey.

“Some of our volunteers are retired and others work full-time,” Esquivel said. “Anyone who is God-loving and committed can do it because we provide the answer keys and the work can be done from home.”

But, he added, they’re always looking for people who are interested in helping out long-term.

“Almost all of our volunteers say that they’re moved to be serving,” he said. “Almost every single one says, ‘This motivates me. I learned something new. I continue to pray.’”