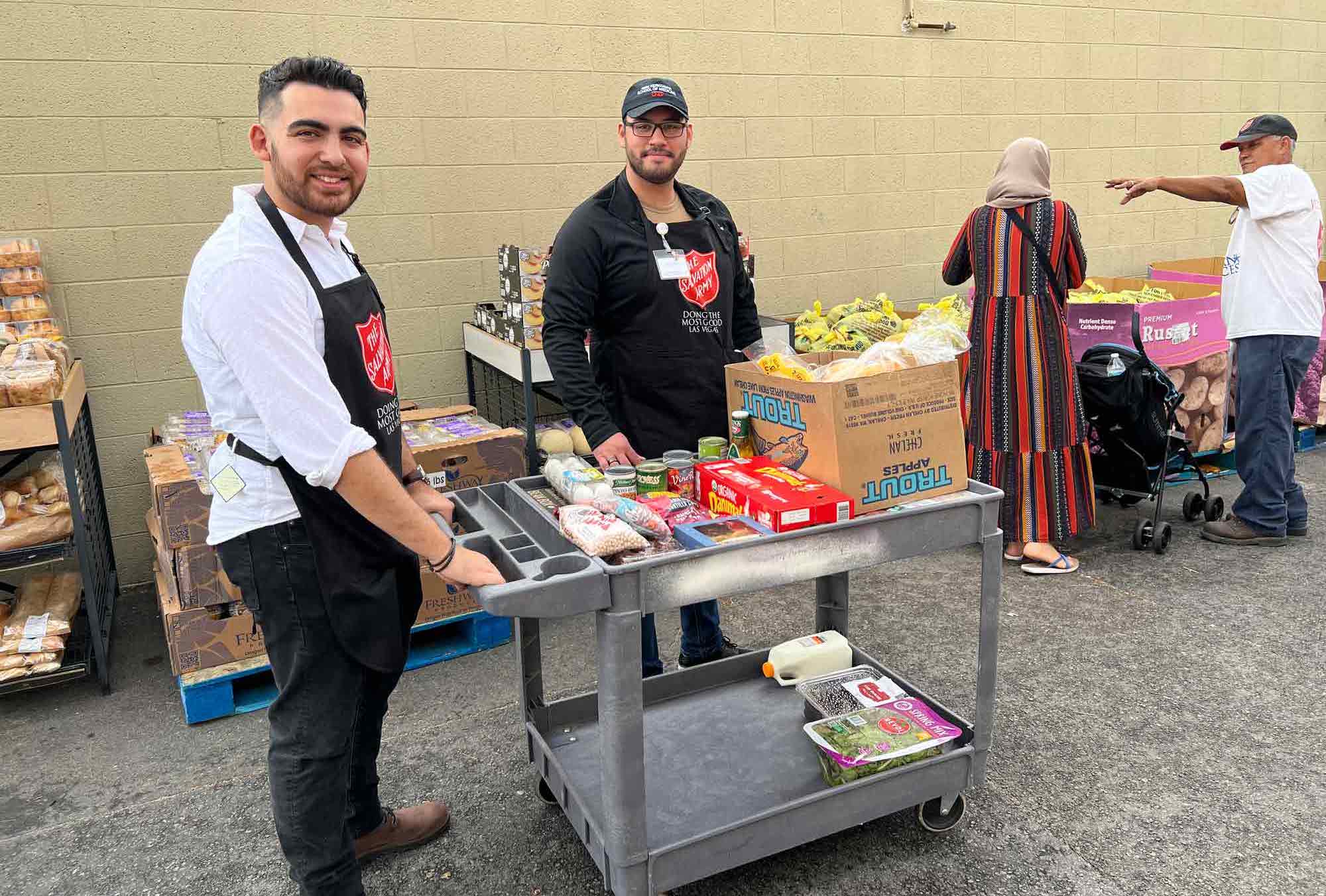 When Oscar Toro started volunteering with The Salvation Army of Southern Nevada through his school, he didn’t know much about the organization. But six weeks later, the University of Nevada, Las Vegas (UNLV) medical student was committed to continuing his work with The Salvation Army and also joined Echelon, its emerging professionals arm.

“Being part of an organization that really genuinely cares so much about the community and has such a big impact here in Las Vegas was a really big deal for me,” Toro said.

And he and four other medical students from UNLV got to do just that through a long-standing collaboration between The Salvation Army of Southern Nevada and The Kirk Kerkorian School of Medicine at UNLV. 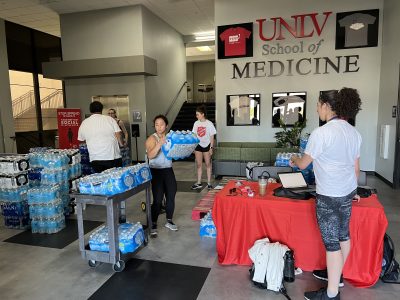 In addition to the collaboration with medical students, UNLV also held a water drive for The Salvation Army where each class competed for the most cases of water donated. This year the class of 2026, first year, won with 13,000 bottles—part of the 35,000 bottle donation. Courtesy Salvation Army of Southern Nevada.

“The goal was twofold. One, it really acted as an eye-opening experience so that a lot of the students who maybe come from more affluent backgrounds are able to see what the reality of what a lot of places in Las Vegas are like. Las Vegas is always glamorized in the news and all that, but in reality, there’s a lot of poverty here,” Toro said. “The second goal is to introduce us to different avenues of volunteer work that we can do for the duration of our medical school class and as well as after we graduate medical school and we become doctors.”

The students do this work with The Salvation Army as part of an Emergency Response and Population Health course. Students break out into groups to study a zip code in their community and better understand its socioeconomic aspects.

This year, Toro and his group chose to focus their learning on the Corridor of Hope. Throughout the six weeks, the medical students helped with the back-to-school drive and feeding people experiencing homelessness at the Owens Campus and the food pantry at the nearby Henderson Corps. They also got to tour The Salvation Army facilities in the Las Vegas Corridor of Hope area. 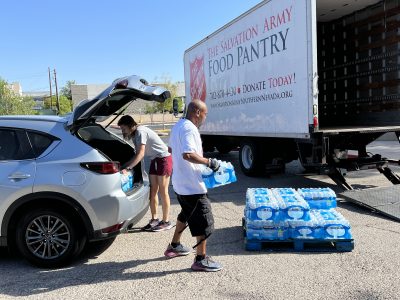 The experience gave the students a fresh perspective into what was going on in their community and what The Salvation Army did to help.

“I think for some of them, they didn’t realize that The Salvation Army did all these services,” Salinas said. “It opened their eyes to really what happens behind the red shield.”

This was the case for Toro.

“Coming from a Hispanic background and not having the best upbringing when I was younger in terms of just money, and being a first generation person here in the United States, I could empathize with a lot of the problems that I was seeing,” Toro said. “The Salvation Army and their mission really aligned with my own.”

Toro said he learned a lot from his experience about the community The Salvation Army serves.

“The big takeaway for me was every one of these people they’re just like you and I. They’re no different than anyone else. They happened to have bad luck and now they lost their house and now they’re living in the street and that’s the only option that they have,” Toro said. “Being open and receptive to these populations and even just volunteering one or two hours of your time a month, it makes a huge difference.”

At the end of the six weeks, Toro and his classmates presented their findings.

“We decided to make a video and compile the two months of work and research…to show everyone what is really happening in the city,” Toro said. “Because unless you look, you’ll never see any of this. A lot of the homeless people are shuttled to specific areas and that’s kind of where they stay.”

Salinas was impressed by the enthusiasm of the UNLV School of Medicine this year. Some of the students, including Toro, continued working alongside The Salvation Army through Echelon.

And Salinas believes the collaboration with the UNLV School of Medicine will have a long-lasting impact.

“These are students who are becoming doctors, so when it comes to the needs that [the community] has and the services that [The Salvation Army] provides, it opens their eyes that we’re just not providing a handout but a hand up,” Salinas said. “And once they go out in the field and they become doctors, then they’re able to remember those days that they spent at The Salvation Army.”