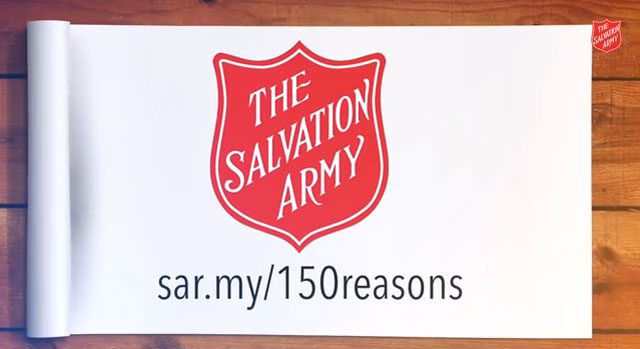 The Salvation Army will celebrate its 150th anniversary in July 2015 during Boundless: The Whole World Redeeming and in anticipation of the momentous occasion, the organization is inviting Salvationists, supporters and service users to share personal experiences in a #150reasons campaign.

In the 150 days preceding the July 2, 2015, anniversary, The Salvation Army will promote the #150reasons to raise awareness of the diversity and spread of the Army’s ministry.

“This is an exciting new opportunity to tell The Salvation Army’s story in an authentic and engaging way,” said David Giles, International Headquarters web manager. “As we approach this milestone anniversary, we want as many people as possible to see and hear what God has been doing, and still is doing, right around the globe.”