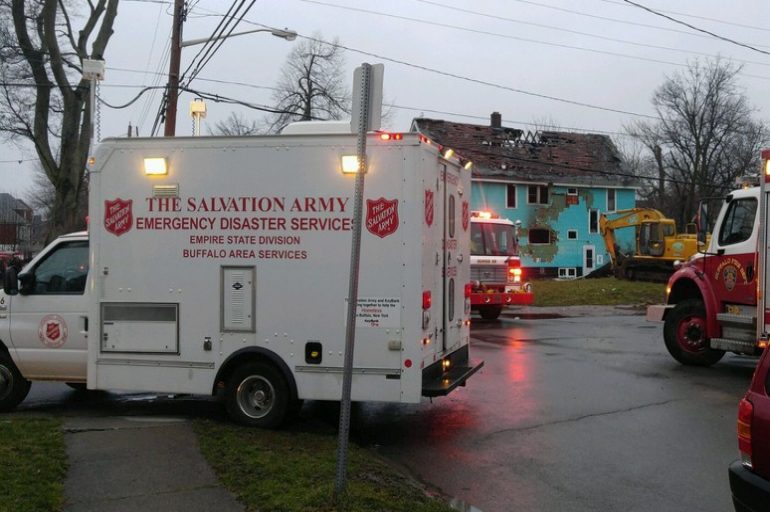 The Salvation Army Emergency Disaster Services (EDS) Team in Buffalo, New York, responded to a three-alarm residential fire impacting three homes early the morning of March 31.
The team provided canteen and hydration services to approximately 60 firefighters.
Fire investigators are still working to identify where the fire started in the first home. The fire started in one residence and spread to two adjacent homes. No injuries were reported in the first two houses, and the third house impacted was vacant at the time of the fire. It took firefighters almost two hours to extinguish the fire, which started at around 4:30 a.m.
The Salvation Army and members of the American Red Cross Greater Buffalo Chapter Disaster team are working to secure temporary housing for displaced residents as well as provide emotional and spiritual care.
“We are grateful to the Buffalo EDS team for their continued service to the people of the city of Buffalo,” said Michael R. Schwartz, Divisional Disaster Director for the Empire State Division of The Salvation Army. “Their selfless dedication to their community and service to those in need are inspirational to all of the members of our EDS team across the Empire State Division.”