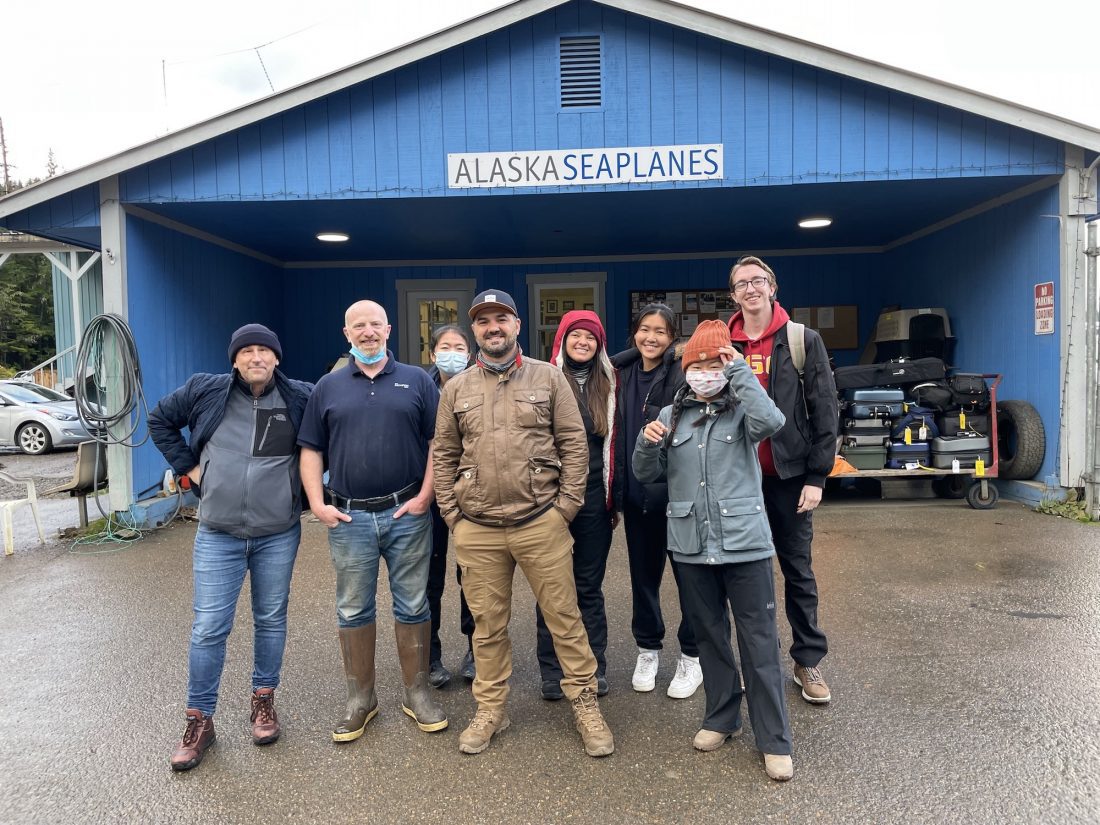 The Salvation Army rescues a stranded group of students in Hoonah, Alaska

In September, 30 students and faculty from the University of Southern California arrived in the city of Hoonah, Alaska, for what was to be the beginning of a semester-long project. The group, who are part of an interdisciplinary study program called Innovation in Engineering and Design for Global Challenges, were initially invited to Hoonah by Dr. Ryan Ray, a graduate of USC and resident of Alaska, to evaluate various city systems and ongoing challenges.

The group, under the supervision of Viterbi School of Engineering Director of New Initiatives Daniel Druhora and Professors David Gerber and Brad Cracchiola, was planning to stay a week, meeting with city officials and touring the area, and then would return to California to proceed working on their findings for the semester ahead.  At the conclusion of the semester, they would propose possible solutions to Hoonah’s leaders.

Once the group arrived, they planned to stay at local lodges for the duration of the trip and had been given permission by The Salvation Army Corps Officer for Hoonah Captain Jeff Josephson to use the corps’ kitchen facility for group meals and as a meeting site. 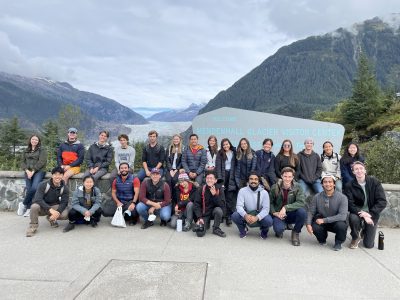 Soon after their arrival, the group abruptly learned that one of the lodges that was set to accommodate the largest part of the group had a COVID outbreak and was shutting down completely. In the small community of Hoonah, there weren’t other options with that little notice. Left stranded, the group had no other public lodging options available to relocate to, and as the weather was already turning cold, camping wasn’t an option.

Alerted to what was happening, Josephson contacted city officials and gained permission to host the stranded party at the corps facility.  The Josephsons gathered cots and bedding from around town for more than 20 people, and the group slept in the chapel.

No longer able to visit with city officials due to the outbreak, Josephson was also able to help salvage the trip, providing a passenger shuttle to transport them to various sites and inform them of the details regarding issues plaguing Hoonah. The students experienced firsthand what it feels like to face some of the difficulties that living in a remote location can present and see in real-time how The Salvation Army operates when a need presents itself.

“[The students] kept asking, ‘Why are you doing this? Why would you take the chance? Why are you being so nice to us?’ And it caught me off guard,” Josephson said. “That’s who we are. That’s what we do.”

An evacuation plan was eventually coordinated using chartered seaplanes to fly the group to Juneau.  The evening before they left, they had a memorable encounter with a village elder who spoke to the group about life in Hoonah and shared a wealth of knowledge with them. In the end, the trip was not lost, and they were able to gather the necessary information they needed to move forward with their planning. 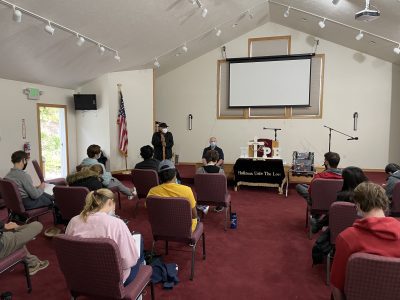 “We felt very blessed by The Salvation Army of Hoonah and Captain Josephson and as he was able to rescue us from a desperate situation,” said Druhora. “He provided shelter, transportation and a place for meals, and made us feel cared for. He left a lasting impression on us all.”

Also, since the group had to cut their trip so short, the food they had brought with them to sustain the group for the week risked going to waste, but arrangements were made, and they donated it to The Salvation Army and the city.

As food shortages are an ongoing issue for Hoonah, the food filled a critical need. Josephson said the Army made sure the food they were donated was given to those who were in isolation for COVID-19, because they were unable to go shopping.

“We were able to turn it into a blessing all the way around,” he said. “It was a significant blessing for everybody.”

And displaying the loving kindness of Christ to all in need is what The Salvation Army is all about.

“Love compels us to take care of our fellow man. And that’s all it was. It was just love. It wasn’t anything other than the love of the Lord compelling us to be there for them,” he said. “I told them a few times that it was love that compelled me…I hope it planted a seed, because that’s what The Salvation Army is all about. Love compels us to meet needs, wherever we find them.”