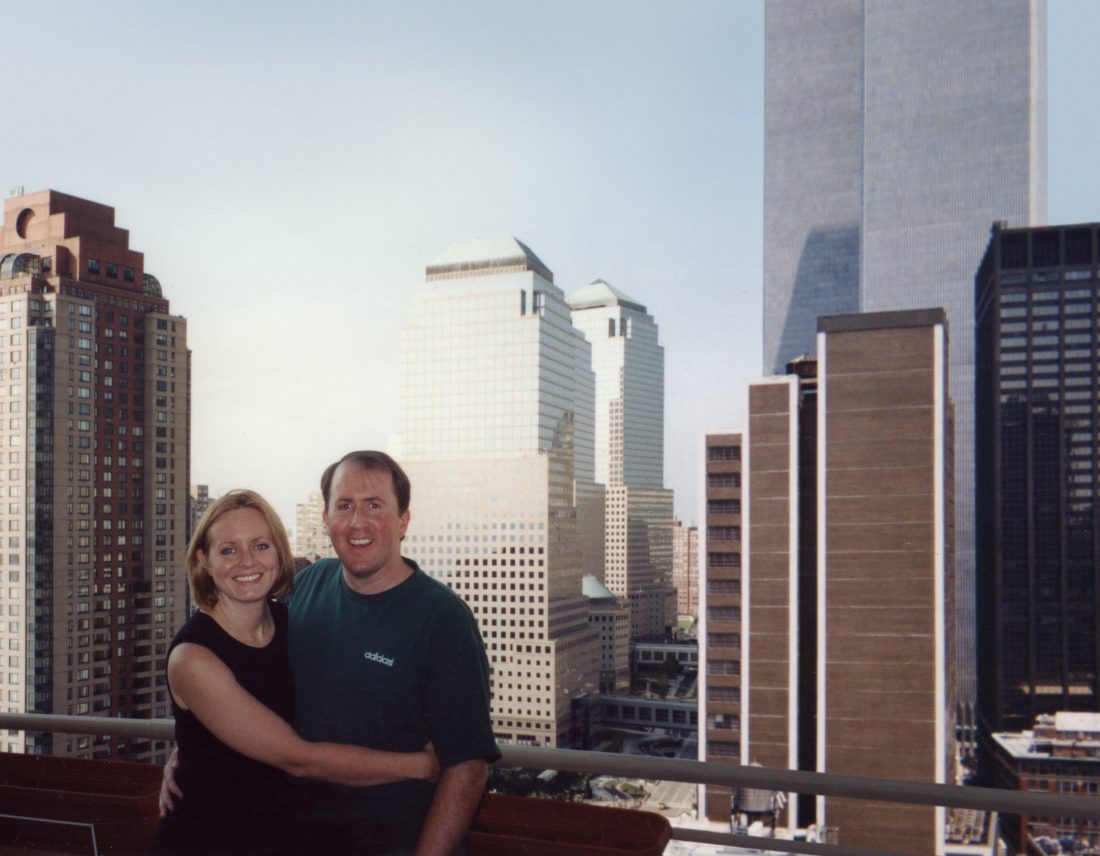 Surviving 9/11: From terror to grace

In September 2001, my husband and I were newlyweds, having been married the year before. We had just moved back to New York City after living that first year in another state where Brian had been assigned a short project through IBM. Life back in NYC was exciting. Brian was looking into new job opportunities, and I was looking forward to reconnecting with my friends, whom I had missed greatly.

We found a rental in the Financial District on the 24th floor of a building that featured a terrace overlooking the World Trade Center, which was just six blocks away. Everything about life seemed new and exciting, full of possibilities.

Just days later, on the morning of Sept. 11, Brian woke me screaming that a bomb had gone off in the World Trade Center. We rushed onto the terrace and watched the scene before us: people running across the highway to the Hudson River, the ambulances, fire trucks and police speeding down the highway, as well as the fire that shot out from either side of the building.

A few minutes later, a plane came streaking overhead—just 500 feet above us—and slammed straight into the South Tower. We were blown back into our building from that impact onto the floor of our living room. That was the start of the terrible day that changed our lives forever.

Soon after we evacuated our building, the Twin Towers imploded, covering us in dust and debris. We spent the morning outrunning the black smoke in Battery Park that threatened to asphyxiate us. We eventually evacuated to New Jersey by boat. We later learned that boats had carried 500,000 people away from Lower Manhattan, making us part of the largest boat evacuation in history.

We made our way back to the city some days later, staying first with friends, then with a kind stranger. We were in shock and depression, made even worse by our dog becoming sick after licking the dust that covered him in an attempt to clean himself. The veterinarian explained that the glass in the dust had shredded his esophagus.

Our landlord told us that we wouldn’t be able to return to our apartment for a while—or possibly never. The collapse of the towers had registered on the Richter scale as an earthquake, so nearby buildings, including ours, had to be tested to determine if they were structurally sound. 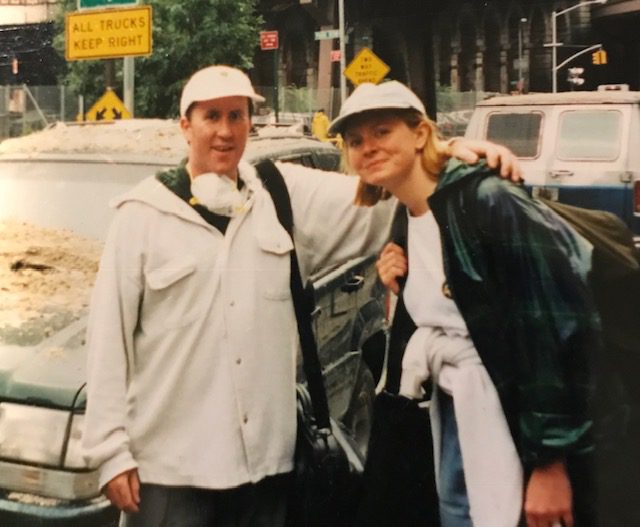 I became worried about the vet expense and other mounting bills while we were displaced. We weren’t used to asking for help, but a close Christian friend encouraged me to go to Redeemer Presbyterian Church for monetary assistance. She told me people from all over the world had donated to Redeemer and that I should apply to receive aid. Although I had attended church when I was growing up in Florida, it had been years since I had a relationship with God. I believed in self-reliance, and that hard work would get me what I wanted. What did I need God for? My husband felt the same way. But here we were, unemployed, suffering from PTSD, relying on the kindness of strangers, including The Salvation Army.

I visited our local Salvation Army distribution center daily for needed clothes, food and toiletries. Asking for assistance is nothing I’d ever done before, and it was challenging to accept the help from The Salvation Army. I felt it was even worse to approach an unfamiliar church. My Christian friend urged me to go anyway.

The director of the division managing those funds handled things with dignity and grace and alleviated my embarrassment over being there. The church quickly produced a check that covered our bills, and we subsequently decided to make Redeemer our home church.

A lot has changed for my husband and me since Sept. 11. It caused us to re-evaluate our relationship with our careers, with each other and with God. Through that indescribable event, God provided and revealed to us new hope and a new future.

Brian accepted a role at the church as the chief financial officer. I was the director of the missions department for a decade. We hosted a Bible study for almost 15 years, and are active in outreach programs and ministries. Many congregants are among our closest friends. But most importantly, our relationship with Jesus has deepened and affects every aspect of our lives.

God was a present help and refuge through one of the worst days in American history and the worst day in our lives, for sure. Because of that experience, we were molded more into his image, and we enjoy a deeper relationship with him. We have the freedom to give away in increasing measure to others as a result. We now live with the assurance that through faith in Christ, we don’t have to fear anything and our brokenness is where he meets us in his strength.

Christina Ray Stanton is the Director of Missions at Redeemer Presbyterian Church, founded by Timothy Keller, an award-winning author of two books and a professional speaker who has appeared on TBN, CBN, Fox News, Chistianity Today, and The Gospel Coalition. She’s a licensed NYC tour guide of 25 years who specializes in 9/11 history.