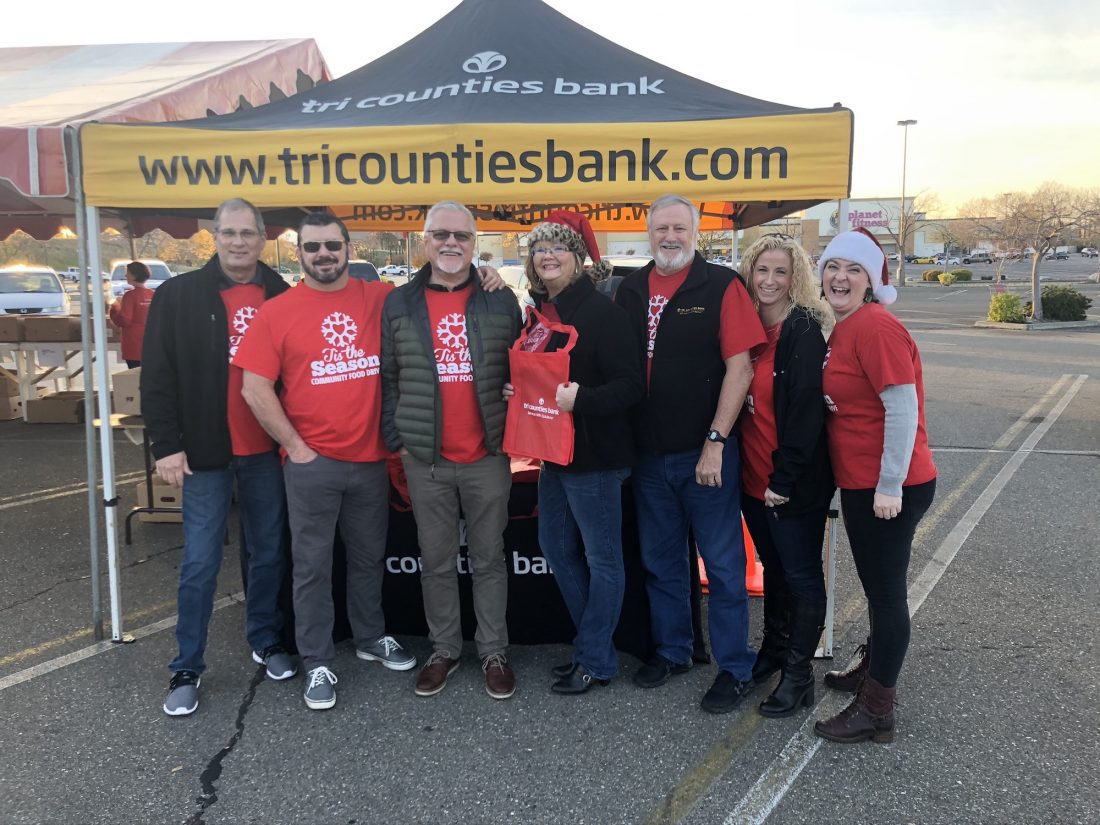 Scott Robertson and Tri Counties Bank honored for their partnership with The Salvation Army, which includes the ‘Tis the Season Food Drive.

To those who think being a bank vice president is all about numbers, Scott Robertson would be quick to correct that assumption.

Robertson is Senior Vice President, Community Banking Officer for Tri Counties Bank, a regional bank deeply rooted in the Northern California communities it serves. Additionally he serves on The Salvation Army Sacramento Metro Advisory Board, allowing him to strengthen his ties within the community and work closely with the Army on its projects.

“At Tri Counties Bank, we still believe in the vision of a caring community banker: one that’s committed to taking the time to understand people’s needs, to come alongside them and provide solutions that help them succeed financially,” Robertson said. “It’s what we call ‘Service with Solutions.’”

That vision aligns with The Salvation Army’s pledge to “do the most good.”

Across the footprint of Tri Counties Bank—which includes 68 branches—Robertson supports a culture of caring and giving back to the community. Partnering with The Salvation Army is a big part of that.
The relationship between Tri Counties Bank and the Army spans over 15 years, with the two organizations working together to mitigate needs including food insecurity—especially during the ongoing pandemic—affordable housing and disaster response after increasingly destructive wildfires.

“It’s hard not to get emotional in thinking about the Army and about our great team at Tri Counties Bank,” Robertson said. “It’s such a natural partnership because of our shared values. ‘Doing the Most Good’ and ‘Service with Solutions’ are naturally connected.”

Robertson emphasized that the Tri Counties Bank team is ready to help whenever and wherever help is needed.

“It’s caring human beings stepping up to help,” he said. “[During these times] I have been reminded, and I remind the Tri Counties Bank team, that crisis reveals true character, both individually and as a company.”
Robertson said crisis has also revealed the true character of The Salvation Army—sticking around long after a disaster and strategizing long-term solutions for the community.

“It’s what separates the Army from other organizations…Look at the actions of The Salvation Army and you’ll have no problem understanding what they believe. They do amazing work.”

Each year in November and December, Tri Counties Bank places red Salvation Army barrels in its branches, collecting donations of non-perishable and canned goods from employees and the community. Additionally, partnering with The Salvation Army, it holds several live-collection events at various branch locations. The Salvation Army then delivers the food to those in need.

“This is the 15th year for the food drive—it’s part of our dedication to serving our community,” Sheehan said. “It’s an opportunity for the general public, local merchants, schools and other organizations in the community to meet the overwhelming need for food over the holiday season.”

“Last year, we were unable to hold our collection events, due to the pandemic, which was disappointing because these events are where we collect the majority of the food we donate every year,” Sheehan said. 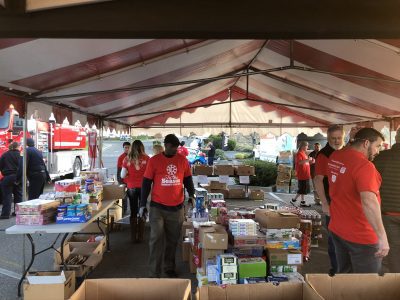 Early on, the drive focused on the greater Chico community, where the bank is headquartered.

“This year, we’re launching the food drive footprint wide: there will be Salvation Army barrels in all 68 of our branches—from Bakersfield to Crescent City,” Sheehan said. “We will also be hosting nine live-collection dates—eight in front of our branches, and one with the Sacramento River Cats [baseball team].”

According to Sheehan, the drive has collected more than 100,000 pounds of food in the last five years.

“Our goal for this year alone is 100,000 pounds,” she said. “With the whole bank involved this year, we look forward to supporting The Salvation Army across Northern California and the Bay Area.”

Sheehan, who recently joined The Salvation Army Advisory Board in Chico, said this project is precious to her. “It demonstrates the love and commitment the Bank has to our community. My first goal as Community Engagement Manager was to expand this event to make a positive difference in all of the communities we serve.”

During the 2021 “Big Day of Giving” fundraiser, The Salvation Army Del Oro Division acknowledged its partnership with Tri Counties Bank and Robertson, honoring them with the annual “Spirit of Giving” award. In recent years, the bank has given more than $500,000 to support the Army’s disaster response and existing programs, and toward construction of a new Salvation Army community center in Chico, California.

Del Oro Divisional Commander Major John Brackenbury said the Tri Counties Bank team represents the army behind The Salvation Army. “You allow us to do what we do day in and day out…you help us help those that truly need it.”

The collaboration also enhances the bank’s efforts to serve the community. “Our partnership with The Salvation Army has allowed us to expand our assistance in areas where the most help is needed and continue to make a positive difference in the lives of our community members,” Robertson said.

Often, nonprofit organizations look to large national companies for support, but many times help is closer to home.

“Tri Counties Bank is a prime example of how a partnership with regional banks can support the mission of The Salvation Army,” said Teri McClanahan, Del Oro Divisional Director of Foundation and Corporate Relations.