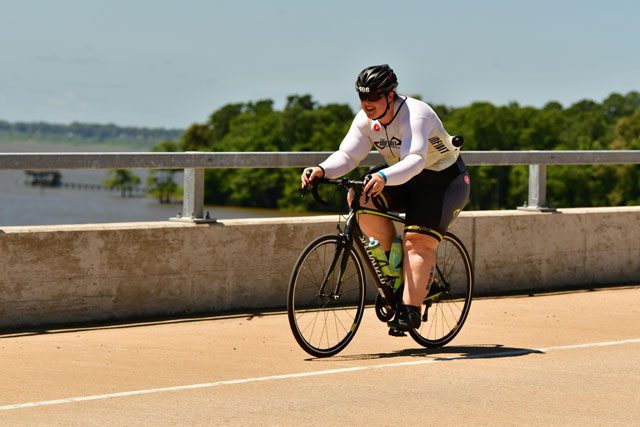 Determined to make a change, Captain Stephanie Lueras, Bullhead City/Laughlin Corps Officer, went from struggling to walk to the end of her street to running marathons and participating in triathlons. Almost five years into her wellness journey, she is more than 200 pounds down and gearing up to take part in a Half Ironman this spring after participating in the Chicago Marathon Oct. 7.

“It’s something I never imagined for myself, and I wouldn’t change a thing,” Lueras said.

Lueras said she decided to really get serious about adopting a healthy lifestyle in January 2014.

“One afternoon I was sitting in my office praying and I just cried out to God and said, ‘Something has to change, and I don’t know what it is. Whatever it is that you’ll show me, I’ll do it,’ because I was at a loss as to what to do,” she said. “Through that moment I realized it wasn’t about a diet. It wasn’t about weight loss. I really had to look at myself as a whole person. It wasn’t just physical needs that needed to be addressed, but emotional and spiritual needs as well.”

She set goals and made incremental changes from eating better and exercising to working on self-esteem issues, cutting out the negativity and overcoming the spiritual hurdles.

“The hardest one for me was probably that change in my spiritual life,” Lueras said. “It was almost like all of the time I was spending studying God’s Word was dedicated to the church or programs or writing a sermon. It wasn’t for my own personal growth, so I had to relearn to set aside that time just for me and God.”

When working on her fitness, Lueras said it’s been mostly about building on the foundation of what she had at the time.

Then one day she tried running, which sparked a new passion for her.

“I ran as far as I could. Something just lit up inside,” Lueras said. “I’m the kid that faked sick at P.E., so to enjoy running was such a foreign concept to me but I had to keep doing this.” 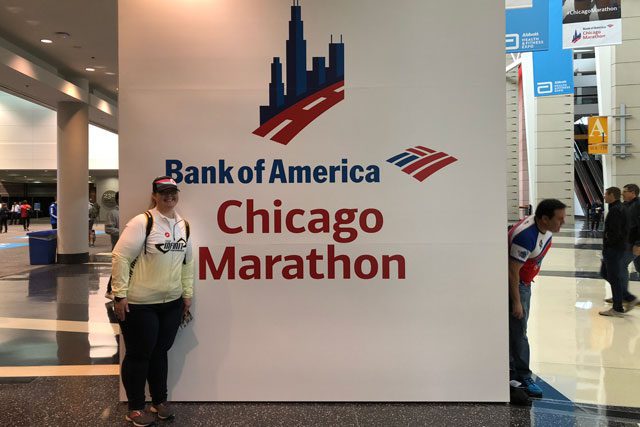 She decided to train to participate in a local 5K and a half marathon, and then completed her first marathon. She also got into competing in triathlons last year.

“I’ve always been a strong swimmer. I’ve had some friends who have been very encouraging in pushing me in cycling, and the running I’ve already been doing,” she said. “For me, I never have found myself to be a competitive person or a type of person who would enjoy racing, but it’s such a different culture of people and they’re so accepting of everybody… I enjoy it so much. I’ve made such incredible friends.”

She also adopted healthy eating habits that work for her.

“I am very firm in the fact that I do not diet because you look at studies and diets fail. I have learned to really just be aware of my body and the sensations and get back to the basic understanding of what is hunger and what is fullness, and what foods make my body feel good and what doesn’t,” Lueras said. “I don’t eat salad and chicken breast every day, and I don’t restrict foods either. I still eat cupcakes and cheeseburgers, but it’s all in a very balanced way.”

Lueras said the territory’s Officer Wellness Program has provided a system of support and accountability. The program offers a $650 allowance to Salvation Army officers to assist in getting healthy—whether that be through a gym membership or healthy meal planning program.

Dawn Smith of Territorial Headquarters Officer Health Services is proud of the success Lueras has seen.

“We’re sort of a supporting role for her because she really has generated this all herself,” Smith said. “She’s doing so well. It’s amazing.”

Lueras would still like to lose another 80 pounds, but she said she is not stressing about it.

“I am confident that that will come in time. I don’t really focus a lot on the scale itself,” she said.

What she is focused on is working toward competing in her first full Iron Man in 2020. And she has words of encouragement for others on their own wellness journeys.

“Results don’t happen overnight. As a person that is not patient, it’s definitely been a lesson that change will happen over time,” she said. “God honors the efforts that we put into those changes. If we keep on the same path even when we are not seeing results, they will come.”