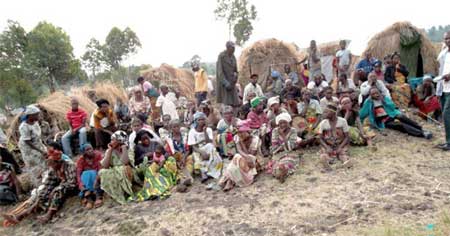 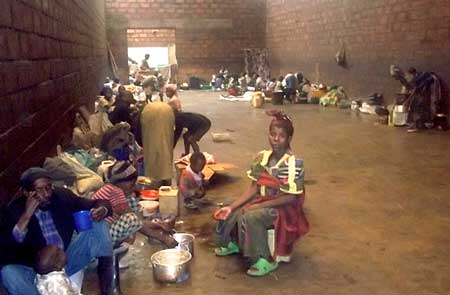 London, 25 October 2013/IHQ/ – THE Salvation Army in Rwanda is responding to the growing number of refugees fleeing across the border to escape ongoing conflict in the Democratic Republic of Congo. A transit centre at Nkamira – initially built for 2,000 people then extended to 5,000 – now houses in excess of 9,000. Because of this, a new camp has been set up in Mugombwa, and people are already being moved there from the transit centre.

Most refugees have fled with only what they deemed to be necessary items. Many have respiratory problems and almost 90 per cent of the transit camp’s residents are women or children.

Having shown its experience and expertise in procurement and distribution – particularly of essential non-food items – The Salvation Army has been approached by the United Nations High Commission for Refugees (UNHCR) with a request to provide refugees arriving at the new Mugombwa site with mattresses and kikoyis (a cloth used both as clothing and a blanket). The Salvation Army is also part of a government steering committee created by the Ministry of Disaster Management and Refugees Affairs (MIDMAR) which is responding to the crisis.

Initial funds have now been sourced – including US$28,000 from International Headquarters in London – and The Salvation Army hopes to be able to provide mattresses and kikoyos to the first group of 1,500 refugees arriving in the new camp within the next few days.

Donations to support The Salvation Army’s response in Jordan can be made online at www.salvationarmy.org or  ‘donate online‘.