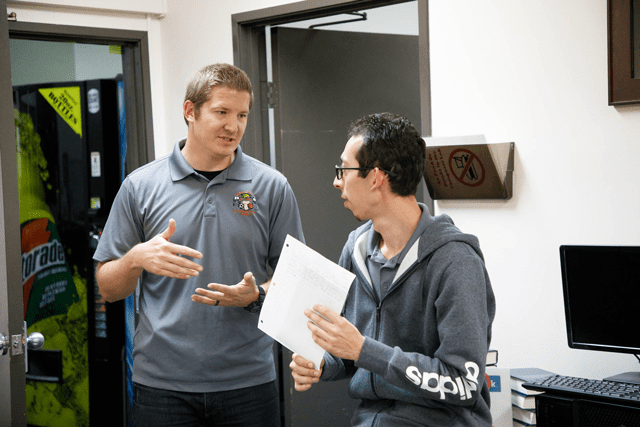 The organization is using creative ways to help youth identify their strengths and passions.

The Pasadena Tabernacle Corps, where Masango is the Corps Officer, runs a program that brings together police officers, youth advisors and 150 kids ages 9–17.

The program is lauded for its ability to connect with youth at an early age and foster positive attitudes toward authority figures. But it also plays a prominent role in one of The Salvation Army’s other core focus areas: helping young people discern their skills and explore vocations outside of the church.

Masango knows of at least one former participant in the program who has gone on to a career in law enforcement.

“She was so influenced by the police officers that she herself became one,” Masango said. “The program exposes a lot of kids to interactions with police officers and gives them the opportunity to say, ‘I think I can do this.’”

While many point to their own “call to ministry,” corps officers and church leaders know that to reach all youth they must mentor both future ministry leaders and future industry leaders.

“We need to help shape and create good citizens for the future,” Masango said. “Our investment in any young person is with the knowledge that not all of them will become pastors, but all of them can still be good, outstanding citizens of our communities.”

Sometimes this development happens in formal programs, like PAL, where kids can interact with professionals directly and learn about a calling to which they might not otherwise be exposed. Other times, the work is done in quieter moments, like dinner at an officer’s house or through one-on-one conversations while handing out school supplies.

“The Salvation Army has always been big in the development of young people,” said Territorial Youth Secretary Major Bob Louangamath. “We try to meet human beings wherever they may be—the church side, religious life, outside professions and vocations, through social services and community work.”

Louangamath works with local corps to create opportunities for youth across the territory. Longstanding initiatives such as The Salvation Army’s troops programs help kids discern their own strengths and abilities and expose them to career paths they might not otherwise consider.

Some of The Salvation Army’s camps, like Camp Kuratli in the Cascade Division, recently started offering new electives for kids focused on science, technology, engineering, the arts and math (STEAM).

“It brought a change to our summer program as kids were rotating through different activities,”  Louangamath said.

In addition to the traditional camp activities like swimming and climbing the rock wall, the new electives exposed kids to opportunities like coding, video editing and building structures out of knock-off Legos under the guidance of mentors.

“We want to introduce young people to these things that are kind of outside of The Salvation Army,” Louangamath said. “Especially with technology, we want to give them these experiences so they can work outside in the real world.”

Helping young people realize their strengths and develop ideas about their future is not just something Louangamath focuses on in the office. He and his wife know the importance of interacting with youth individually and taking the time to show that they care, even outside of work hours.

Years ago, Louangamath mentored a boy who had no father figure in his life. Louangamath took it upon himself to mentor and walk alongside him. Now, that man is serving in the Air Force in Germany, Louangamath said.

“Things like that go a long way,” Louangamath said. “It really starts with someone with a passionate heart who is willing to go beyond their title or job and to help that person understand what their strengths and interests are and how they can accomplish that.”

Ideally, The Salvation Army could seek out more internships and programs that partner kids and young people with professionals, perhaps even for college credit, Masango said.

While Masango and  Louangamath both stress the importance of helping people identify their own strengths and capabilities, both also acknowledge the limitations of time and resources can sometimes get in the way.

The Salvation Army cares about helping young people develop their skills and talents, but Masango said he believes the organization can more intentionally help youth in this way.

“We find most often as corps officers that we are influencing young people, but we don’t stop to plan it out or make it intentional,” Masango said. “I think there is room for us as Salvation Army leaders to have a more organized plan of discipling and really helping young people with their discernment.”