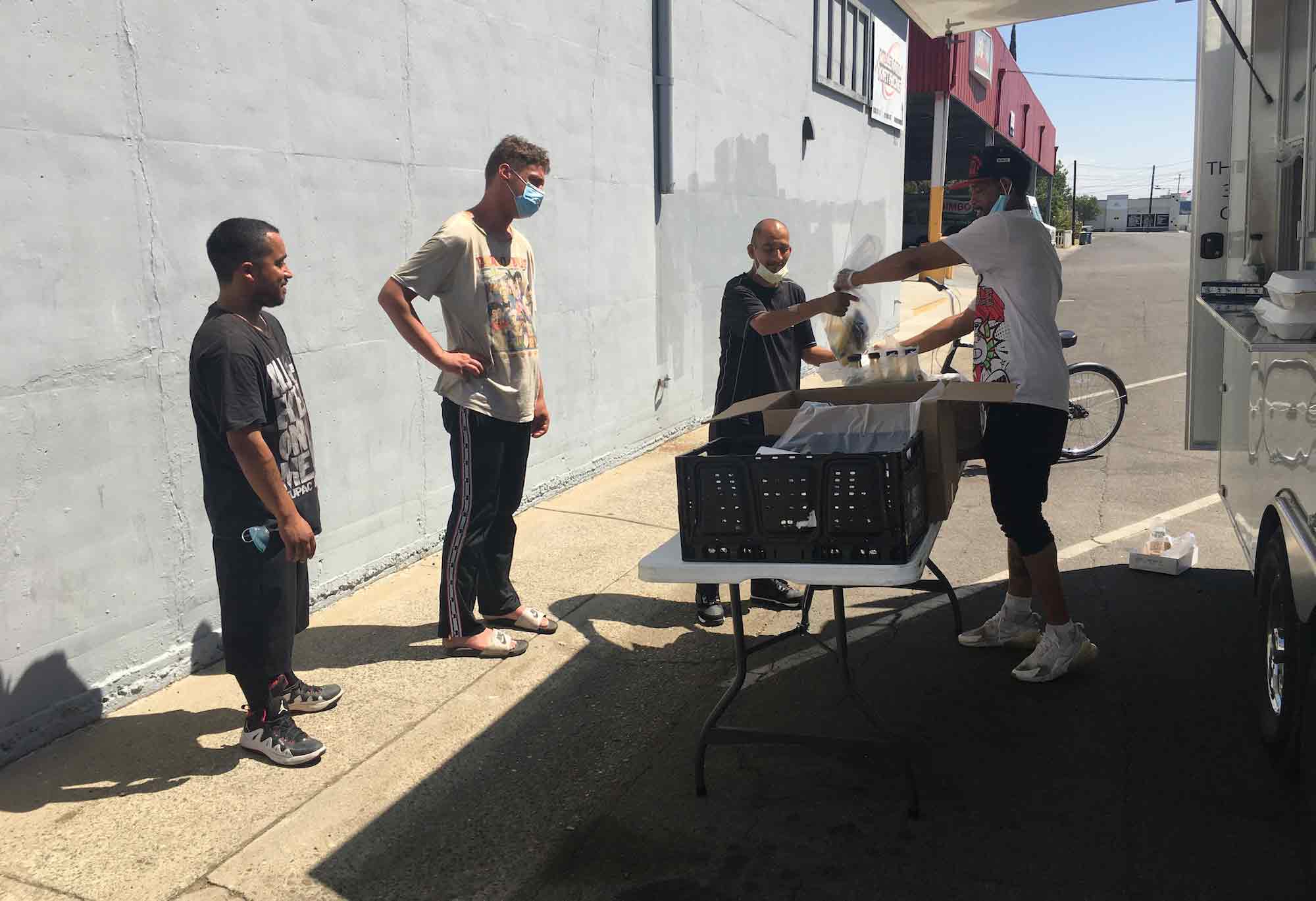 Weekdays, Melissa Evangelista is up by about 5 a.m. She picks up the Hope Express delivery truck from The Salvation Army Depot Family Crisis Center transitional shelter program and then heads to the Yuba Sutter (California) Corps’ kitchen to prepare the day’s meals.

“My goal is to feed everybody,” said Evangelista, who has a background in food service. As the Yuba Sutter Corps’ Homeless Outreach Liaison, Evangelista coordinates the Hope Express initiative, which launched in April and aims to provide food security for the community’s unhoused individuals.

“We’re providing hot, prepared meals Monday through Friday; then we also give them a sack lunch for dinner,” Yuba Sutter Corps Officer Major Julius Murphy said. “Each day they get two meals, and on Friday we give them enough food for the weekend. So we provide food, two meals a day, seven days a week for this population.”

That’s a lot of time in the kitchen. Murphy said Hope Express has provided an average of 7,000 meals a month since its April launch.

“I prepare meals for almost 200 people a day,” Evangelista said. “I dedicate my time to cook in the morning. I just focus. If I don’t focus, and I don’t have what I need, guess what? Someone’s not going to get fed. My goal is to feed everybody that comes to our truck. It’s a really big thing. And I’m honored to do it.”

Evangelista gets help from family members and from Yuba Sutter Corps staff and volunteers, including the corps’ Emergency Disaster Services team. They assist with meal preparation and food service.

“Once we prep everything and have everything in the truck—the main meal, the sandwich meal, water, fruit—we go to our first site at 11:00,” she said.

It’s a tight schedule. Hope Express stays at each site for 30 minutes. Two of the sites are open to anyone, beyond those staying at the shelter. 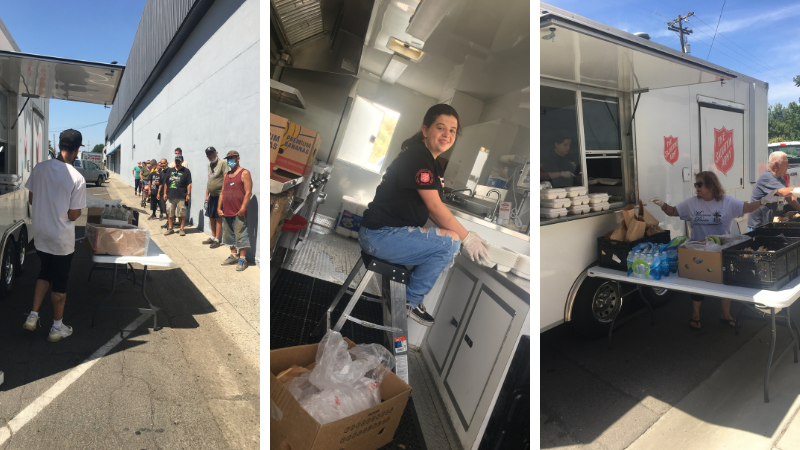 Even though the schedule is tight, Evangelista takes time to talk with clients. She said one young woman told her, “What you’re doing out here is amazing. Not a lot of us have food to eat out here. Thank you—you’re really helping.”

She said clients look for ways to show their appreciation, often asking how they can help. She often has assistance carrying water and cases of fruit.

“They help me in many ways and they don’t have to,” she said. “I’m supposed to be here serving them.”

Among those from the larger community who came for food is a single mother. Evangelista recalled that although the woman had a place to live, she had trouble making ends meet and did not qualify for CalFresh, California’s food stamp program. “She would come every Friday to get food for the weekend,” Evangelista said. “She told me she didn’t know what they would have done without that help.”

Interactions like this keep Evangelista going—her motivation stays high. She admitted her job can sometimes be stressful in the morning, when she considers the task before her. “But knowing that people are going to get fed…that just makes the difference,” she said.

These days, lines form at the shelters before Hope Express arrives. And the name, Hope Express?

“The theme of our programming is ‘Hope,’” Murphy said. “And we wanted something to tie in to the food truck theme as well.”

Murphy said funding for Hope Express comes from a federal grant administered by the state. Originally the project was set to end in September.

“But in God’s economy, he upsized that and it’s extended until next September,” he said, noting plans to request additional funds to further extend the program. “Our plan is to keep it operational, indefinitely…The community is really responding well, not just those who participate in the program, but also our community partners and our donors. They’re seeing what we’re doing, and it’s unique.”

Evangelista credits The Salvation Army for its efforts to help those in need.

“[Hope Express] is a really big thing,” she said. “Knowing that we’re a part of doing the most good and giving back—that’s all that matters to me. It’s a true blessing.”