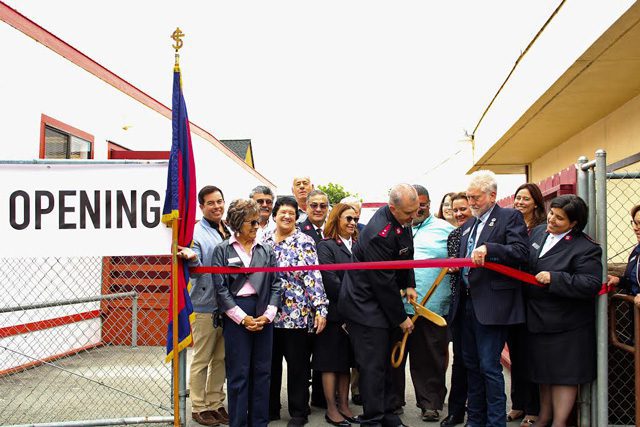 The Salvation Army opened a Day Center Aug. 27 in Watsonville, California, to serve the city’s homeless population, which has been steadily on the rise.

The new facility has showers, washers and dryers for laundry services, computers and internet access for job searches and email, and secure locker units for personal storage. The center also provides postal services for clients in need of a mailing address to receive government documents, support checks and other important correspondence.

“My main goal is [that] we’ll have more people who will show up here and see what we’re doing, and they’ll open up and see it another way—that they don’t have to be homeless and there are other options out there,” said Ryan Murray, Salvation Army Watsonville Day Center homeless services director. “[I hope this is also] raising awareness in the community to this issue [that] homelessness is not something that is far away—it’s right here in our own backyard.”

Salvation Army Day Center employees will conduct referral services for its Adult Rehabilitation Centers and other local rehabilitation facilities, while caseworkers from other agencies also meet with clients on a weekly basis. The agencies include: Homeless Persons Health Project, which provides medical care by visiting nurses, vaccines and routine physicals; the Homeless Services Center, which connects individuals to housing and treatment programs; and the Santa Cruz County departments of employment and housing. 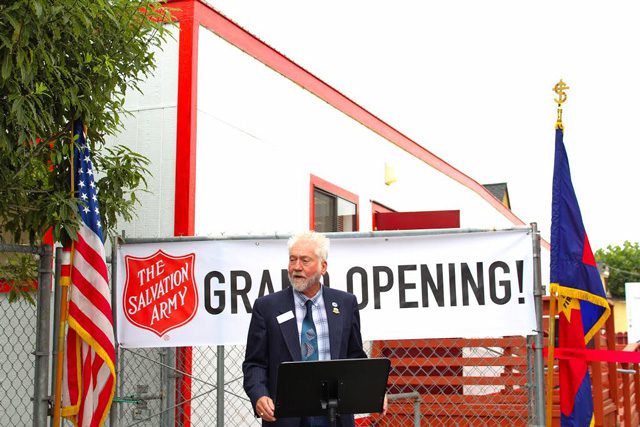 Captain Harold Laubach, Salvation Army Santa Cruz County coordinator said the facility’s staff is also trained to collect data through the Homeless Management Information System and administer the VI-SPDAT, which assesses every client’s case and assigns them a priority level for housing, employment and rehabilitation programs.

“South Santa Cruz County has no other services that offer these programs in one location,” Laubach said. In fact, the county’s “All In-Toward A Home For Every Resident” report—which detailed a comprehensive plan to combat homelessness in Santa Cruz County—listed the development of a one-stop day center in south Santa Cruz County as a top priority due the fact there are “not enough homeless services in underserved areas such as Watsonville.”

The Salvation Army also completed its own community needs assessment, indicating the same necessity for the Day Center, and from there it worked with the City of Watsonville and Santa Cruz County for that to happen. 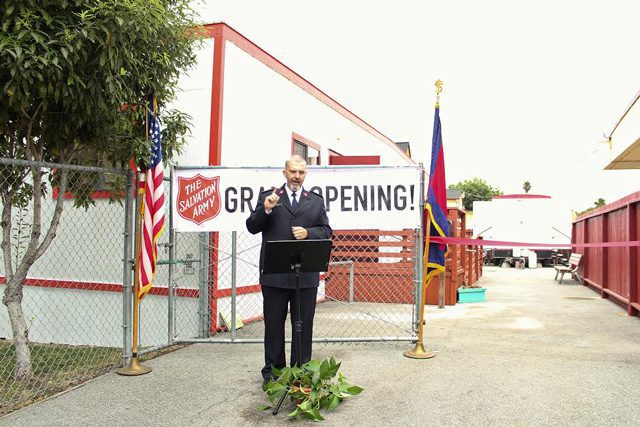 Laubach’s vision is to see the Watsonville winter shelter and day center building become a “navigation center”—a day center with a shelter open all year and caseworkers in the same location.

“In our state, the new paradigm for shelter services involves much more than providing a cot for the night. We want to be part of the answer,” Laubach said. “This dream of a navigation center is getting closer and closer to reality. Our building already offers the area for a Winter Shelter that houses 38 beds for five months a year. With some creative fundraising we could see our navigation center opening very soon.”

Murray said having these essential services available strengthens relationships between The Salvation Army and homeless members of the community.

“With a lot of people, they don’t want to just show up somewhere at night and say ‘OK I’m going to crash now,’” Murray said. “This is an all-around thing. It’s not just show up and sleep. We’re going to help [them] during the day, and help [them] get services. It’s building that level of trust with people, and I think that’s the biggest thing.”