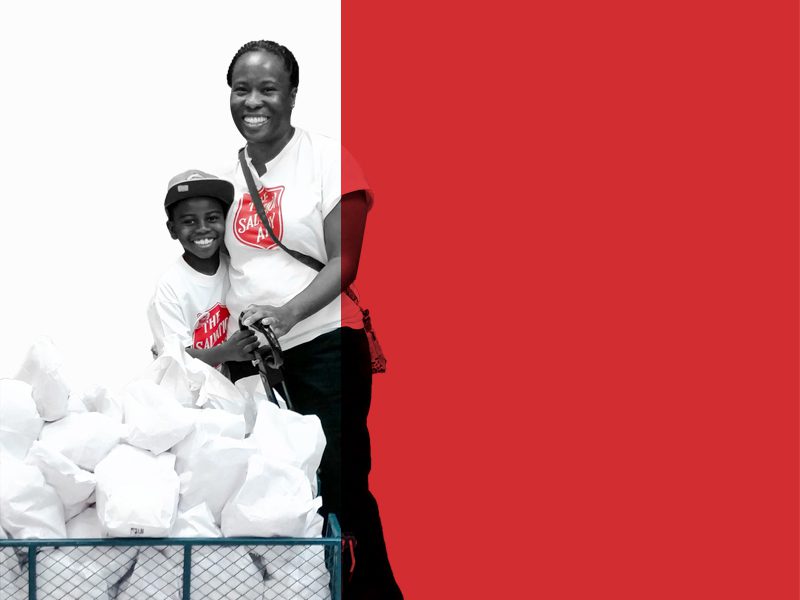 Starting early makes a child more likely to give back later.

Getting an early start on volunteering as a family can have the most impact on a child’s future philanthropic behavior, according to DoSomething.org, which notes that the influence of family on a young person is the most impactful during middle school and early high school years. 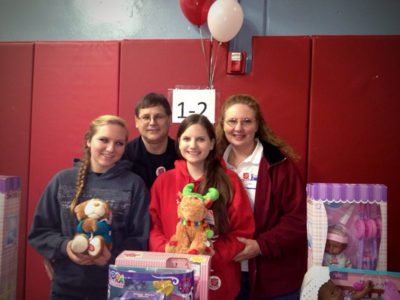 DJ, 8, hasn’t yet started middle school, but he does volunteer. In fact, he has spent half of his life giving back to his community—from handing out blankets and feeding the homeless, to helping families enjoy Thanksgiving dinner. He said he enjoys volunteering and has no plan to slow down, and that is no coincidence.

A recent study conducted by the University of Indiana and Vanguard Charitable found that children who witness or experience their parents’ volunteerism are more likely to volunteer themselves—and to donate in the future, as well. For a one-percentage-point increase in parental volunteering incidence, the study found that the odds of the child volunteering increase by 0.8 percent.

Throughout his years, DJ has witnessed his mother’s passion for volunteering. Nicole Small, trust and estate administrator for The Salvation Army in the Western U.S. and mother to DJ, has raised money and donated her time to AIDS Project Los Angeles and has devoted countless hours to helping the homeless. She credits DJ’s grandmother for setting the example.

“[Volunteering] is something my mother instilled in me,” Small said. “It’s something I knew I was going to do with him.” She didn’t anticipate introducing her son to volunteer work at such a young age, but after noticing how empathetic her son was toward panhandlers and people asking for food, Small decided that it would be a good idea to show her son how he could help. “He would ask me or his dad for money to give to people,” she said. “I felt it was important that he get involved in making a difference not just by giving money but by doing something.”

The mother-son duo has been preparing meals and kits to pass out to the homeless year-round since late 2012. Small said they keep the car stocked with kits and blankets. And while DJ enjoys doing good all year, he most looks forward to one holiday—Thanksgiving. That’s when he gets to be an usher and help families enjoy a sit-down meal.

“They always say thank you and bless you and all kinds of nice things and it makes me feel good,” he said.

Working together as a team has brought Small and her son closer together, she said. Volunteering is something DJ associates with his mother. “It’s not that his father doesn’t like doing it, it’s just something we do together,” she said.

Small can recall only one volunteer session during which her son felt slightly uncomfortable.

“He seemed a little apprehensive and I didn’t know why. The people were not coming to us for food, we were going to them and giving them food and maybe he felt we were bothering them,” Small said.

Whatever the situation, Small said she wants DJ to know that it’s good to help people.

“I remind my son that that could be us,” she said. “I think it’s important that kids see that there are others less fortunate.”

Some of the volunteer opportunities that DJ and Small have participated in have come by way of Amy Hudson, Volunteer and Kettle Coordinator for The Salvation Army in Southern California. Hudson often sends out an email newsletter with upcoming volunteer opportunities. She said it’s usually during the last months of the year that she sees an uptick in families wanting to volunteer together.

A recent study conducted by the University of Indiana and Vanguard Charitable found that children who witness or experience their parents’ volunteerism are more likely to volunteer themselves—and to donate in the future, as well.

“We get a lot of families who try to give back during the holiday season,” Hudson said. “They are so grateful for so many things so they want to try to do something for others.”

The Melott family has responded to many of Hudson’s emails throughout the years, helping distribute toys at the Army’s Siemon Family Youth and Community Center in South Los Angeles during the December Toy and Joy event and volunteering at an emergency homeless shelter, Bell Shelter. For Tom Melott, the Army’s Director of Finance in the West, his wife Debbie Melott, Assistant Campus Services Director at the College for Officer Training at Crestmont, and their two daughters Caitlyn, 19, and Elise, 26, volunteering as a family has been the norm for close to two decades.

The Melotts have even spent their family vacations visiting different corps throughout the territory.

The family hasn’t limited itself to only helping out other Salvation Army corps, they’ve also helped build homes for Habitat for Humanity and traveled to Ensenada, Mexico, to volunteer.

Melott said they started volunteering early with their children, instilling a philanthropic mindset. As she said, “We’ve done all this to let them see that it is not just we go to church on Sunday morning and that’s it.”