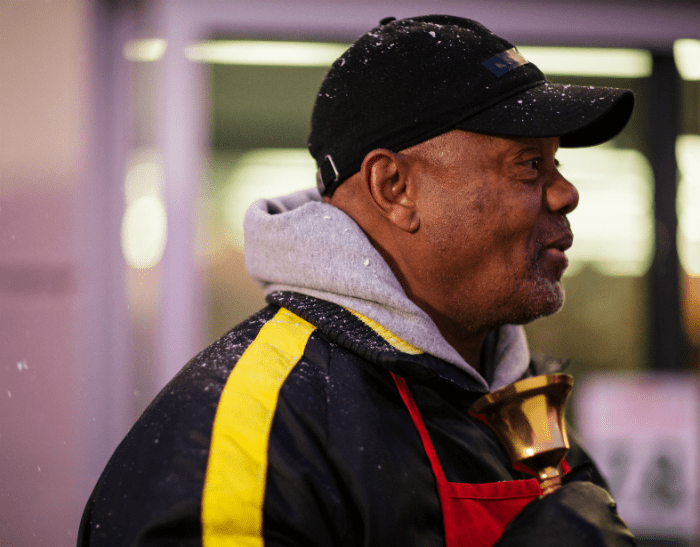 Powered by the support of donors and corporate partners, The Salvation Army 2017 Red Kettle Campaign collected $144.5 million, which will provide food, shelter and social services to nearly 25 million Americans in need this year.

Notably, The Salvation Army raised an additional $45.4 million in online donations, a 26 percent increase over 2016.

“The country faced many hardships last year after multiple natural disasters, making 2017 an even more important year for giving,” said Lt. Colonel Ward Matthews, National Community Relations and Development Secretary. “We’re humbled by the generosity that will allow The Salvation Army to continue serving America’s most vulnerable populations in 2018.”

The Salvation Army enjoyed a 2017 holiday season jam-packed with both new and trusted initiatives. It began the season with a call for action, asking Americans to join the Fight for Good, the official theme of the 2017 Red Kettle Campaign. Joined by a few notable citizen soldiers who each chose their own battle in the Fight for Good, The Salvation Army rallied supporters to designate their contributions to support cause areas that fight hunger, provide shelter or ensure Christmas assistance for those in need.

Trick-shot artist and YouTube phenomenon Brodie Smith hosted a fundraiser to fight for hunger relief and teamed up with professional skateboarder Tony Hawk to raise awareness of the need for donations with a Red Kettle skateboarding trick-shots video.

Olympic hurdler Lolo Jones fought to keep families safe and warm during the holidays with a fundraiser dedicated to sheltering the homeless. When she was a child, Lolo and her family benefited from The Salvation Army’s shelter programs, and she made a special appearance on the show “Steve” to talk about what it means to help others during the holidays.

Author and social good ambassador Chris Strub—the first person to livestream from all 50 states—called attention to the many faces and challenges of poverty as he chronicled his 25-state #FightForGoodTour on his social media platforms and YouTube channel.

Jerry Jones, Charlotte Jones Anderson and Red Kettle Kickoff performer Thomas Rhett, along with National Commander Commissioner David Hudson, kicked off the 2017 Red Kettle Campaign with a satellite media tour at AT&T Stadium the day before Thanksgiving. The Dallas Cowboys also showcased #FightForGood on national television just before Thomas Rhett’s LIVE halftime performance. The campaign kickoff marked the 21st year the Cowboys organization has partnered with The Salvation Army to launch the iconic campaign during the nationally televised game. Since partnering with the team, the Red Kettle Campaign has raised more than $2.4 billion.

Corporate partners also contributed to the success of the 2017 Red Kettle Campaign.

Hanes and The Salvation Army again teamed up to provide socks to those in need. As part of their annual sock drive, Hanes donated 75,000 pairs of socks to The Salvation Army, bringing the total number of socks donated over the past nine years to more than 2.4 million pairs.

Between Nov. 1 and Dec. 31, Dr Pepper Snapple Group donated a portion of sales to The Salvation Army for every specially marked 7UP, Canada Dry and Squirt two-liter bottle, 20-ounce bottle and 12-pack sold.

UPS ran its Wishes Delivered campaign and included The Salvation Army in its select group of charity partners to each receive $33,000. For every wish submitted with the campaign’s hashtag, UPS donated $1 and shared stories of the people and organizations who are solving problems to make a difference in communities.

During the holidays, more than three million people rely on The Salvation Army to provide them with warm meals or toys for their children. Donations made to the red kettles help the Army provide more than 10 million nights of shelter and 56 million meals a year, along with substance abuse recovery programs, after-school programs and emergency shelters for children and families in need.