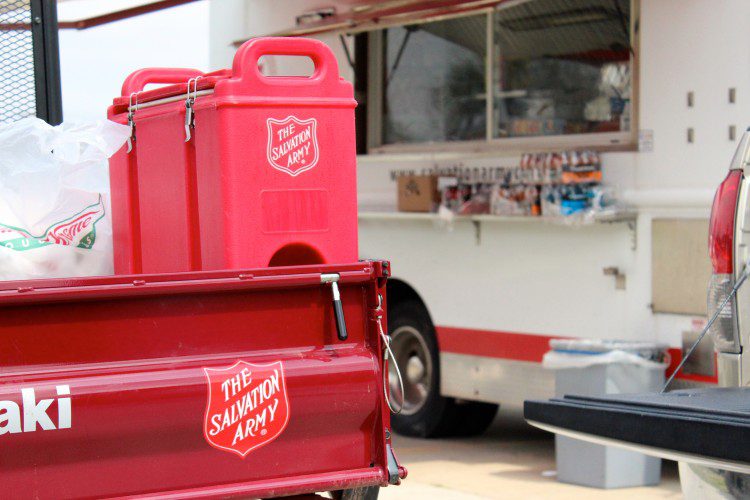 The Salvation Army meets with Governor during tour of devastation

The Salvation Army is providing food, hydration as well as emotional and spiritual care to areas in Moore and Sand Springs Oklahoma to first responders, volunteers and survivors of a series of tornadoes.  On Thursday, Governor Mary Fallin toured areas that received the most damage.

Major James Taylor, Metropolitan Tulsa Area Commander for The Salvation Army, had the opportunity to speak with Governor Fallin at the River Oaks Mobile Home Park in Sand Springs, the site of the only fatality in the state as a result Wednesday’s tornadoes.

Taylor explained to the Governor, “We’ve reached out to many individuals.   We have prayed with people, fed them, helped them carry out belongings and have done whatever we could to ease the burden of the victims and provide relief to the first responders and volunteers.  Some people just want and need you hear their story.”

Between the services being provided in both Moore and Sand Springs, 143 individuals have been provided emotional and spiritual care. Through March 27, over 1,000 meals and 2,200 drinks and snacks had been provided.