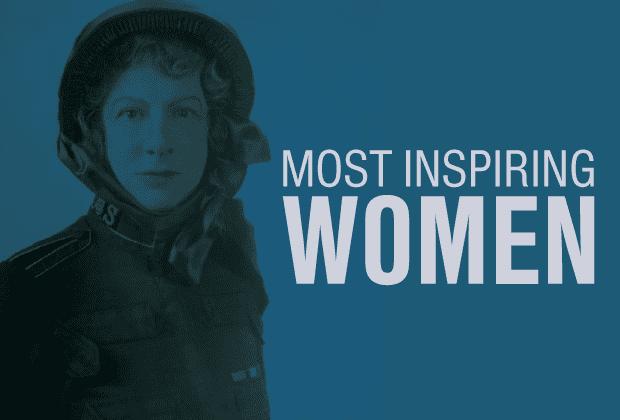 New Frontier Chronicle took a vote via Facebook of the women you—the reader—are most inspired by. Here is your top 10:

1. Major Pam Gardner
Personnel Officer, Crestmont College for Officer Training
Major Pam Gardner previously served as a corps officer in Concord, Calif., for nine years. She is known as one who gives to others—including donating one of her kidneys to a volunteer in 2008

2. Lt. Col. Diane O’Brien
Community Care Ministries and Veterans Affairs Voluntary Service Secretary, USA Western Territory
After studying in the field of music, Lt. Col. Diane O’Brien entered the International Training College, where she met her future husband, Doug. Following training she served in corps, divisional and territorial appointments in the United Kingdom, before coming to America to marry. She is known as a lover of music and an encourager in the face of adversity.

3. Colonel Janet Munn
Territorial Women’s Ministries Secretary, Australia Eastern Territory
Known internationally for her expression of worship through sacred dance and dramatic Scripture presentations, Colonel Janet Munn previously served as assistant principal for the International College for Officers and Center for Spiritual Life Development in London. She often speaks and performs at events around the world, including the 2013 Western Bible Conference.

4. Lt. Col. Colleen Riley
Divisional Director of Women’s Ministries, Southern California Division
Lt. Col. Colleen Riley’s family has deep roots in The Salvation Army, going back five generations to one of the first officers under Booth. Before being appointed to Southern California, Riley worked in the Del Oro Division where she ran a number of successful fundraising drives.

5. Major Debi Shrum
Corps Officer, Turlock, Calif.
Major Debi Shrum has overseen the Turlock Corps for almost 12 years. She started volunteering at The Salvation Army when she was in college, and has now served as an officer for more than 35 years.

6. Major Cindy Foley
Director of Campus Services, Crestmont College for Officer Training
A first-generation Salvationist, Major Cindy Foley was commissioned as a Salvation Army officer in 1985 and married Tim a week later. The pair served at the helm of the first Ray and Joan Kroc Corps Community Center in San Diego, Calif. She is known to be passionate about excellence and encouraging people to grasp opportunities.

7. Major Nancy Helms-Cox
Field Training Officer, Crestmont College for Officer Training
Widowed at 32 because of a drunk driver, Major Nancy Helms-Cox modeled strength in life and leadership, continuing on in her role as an officer and mother. Today, she helps train cadets for service in The Salvation Army.

8. Michelle Obama
First Lady of the United States
A lawyer and writer, Michelle Obama has become a role model and advocate on poverty awareness and nutrition as the wife of President Barack Obama.

9. General Eva Burrows (Ret.)
International leader of The Salvation Army, 1986-1993
Commissioned as a Salvation Army officer in 1951, General Eva Burrows served in Australia, Zimbabwe, Sri Lanka and Scotland before being elected as the organization’s 13th General. In retirement, Burrows served 10 years on the board of the International Bible Society.