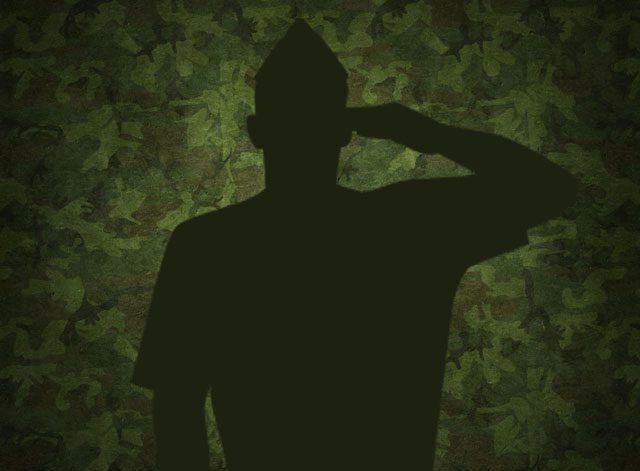 “I brought out a cake one day along with other groceries,” said Darlene Hagerman, a retired teacher and former Marine who volunteers at a Salvation Army food pantry. “She looked at the cake and I said, ‘ma’am is everything alright?’

“She said, ‘Today’s my daughter’s birthday and I didn’t have anything for her.’”

The Salvation Army provides not only essential food items like canned goods, meat, produce and bread, but also a sense of normalcy for children wanting an after-school snack or a sweet treat for their birthday. It served 151 military families in the Camp Lejeune area in Jacksonville, N.C., this in the past month, the highest total of the year, and partnered with other organizations to create 1,564 food boxes with unexpected items.

“Food Lion is so great; sometimes they’ll give us a bouquet of flowers. They’re not the freshest, but sometimes they have some good mileage on them and we’ll bring that bouquet out and say, ‘ma’am, it looks like you need some cheering up,’” Hagerman said. “They came in looking like the world has beat them up but they’re leaving with boxes full of food and a bouquet full of flowers and it means the world to them.” 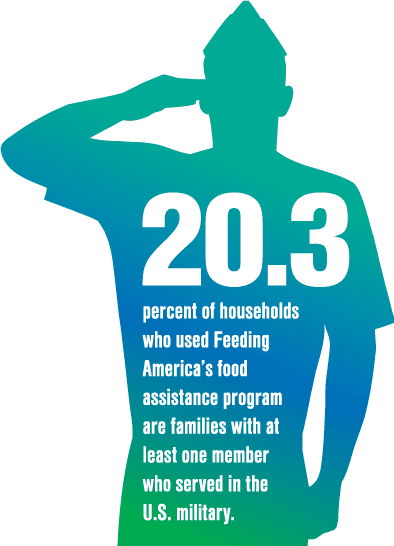 Hagerman goes out of her way to encourage families experiencing food insecurity.

“I had a couple just this last week, they were both veterans, and she was very, very, humble, almost to the point of embarrassment for coming in, and I just said, ‘ma’am, we all need help at least one time in life,’” Hagerman said.

Many families looking for help are military families. According to a 2013 survey, 20.3 percent of households who used Feeding America’s food assistance program are families with at least one member who served in the U.S. military.

And Salvation Army personnel from North Carolina to California are noticing an increase in military families seeking food and housing resources, and are rising to the challenge.

Lt. Sean Kelsey, Cathedral City, Calif., corps officer, delivers groceries from the food pantry, which serves 130 families per week. On some trips, he brings furniture and bedding for a veteran’s new apartment. Kelsey and his wife lead the Veterans Easy Access Program (VEAP) that helps veterans access their benefits.

“The military is so much different from civilian life, so it takes time,” Kelsey said. “While they’re waiting to go back to school, or get a new job, or they’re waiting for a benefit to kick in, what happens is that they start to fall in the cracks.” During this time, Kelsey said some veterans “fall into depression, drugs, and alcohol and start to go backwards.”

To counter this trend, VEAP hosts an annual Veteran’s Expo with roughly 70 booths that offer information regarding food, housing, health, job and educational resources. The event is family friendly with kid’s activities and food.

“There’s a lot of agencies doing these kinds of things but their grant from the government is so specific,” Kelsey said. Agencies that are limited in the ways in which they serve collaborate with VEAP to refer veterans to the right organization. Kelsey got a phone call from an agency about a man who needed just one thing.

“Not too long ago, a gentleman came through our doors and he was just getting back from war in Afghanistan. He was in need of boots specialized for the work he was going to be doing in the construction field,” Kelsey said. “He kept saying, ‘You don’t have to go with me [to buy the boots,’] but I walked around with him through a couple of stores and we were able to find what he needed.”

Kelsey often has to comfort veterans who think their need is a burden to others. Major Judy Hedgren, Long Beach Citadel Corps outreach and community services coordinator, does the same but through a program called Welcome To Your New Home.

“It started out with just female veterans but now it’s moved to homeless men and families,” Hedgren said. “They get a U.S. Department of Housing and Urban Development (HUD) voucher, and get moved into a hotel or an apartment. What we do is we go out and purchase brand new dishes, glassware, pots and pans, silverware, and towels.”

In addition to that, Hedgren provides a Walmart gift card, a box of food from the corps’ food pantry, and a $300 voucher for its family store.

“One guy had tears in his eyes,” Hedgren said. “This is our way of saying welcome home; we appreciate what you sacrificed for this country.”

Ken Forsythe, public relations director for The Salvation Army National Capital and Virginia Division, also helps veterans have a home that they are comfortable in. In addition to eight food banks in the Washington D.C. area, veteran families have access to case managers to steer both their mental and physical well being. In Maryland’s Prince George’s and Montgomery counties, The Salvation Army pays water and heating bills to prevent utility shutoff for veterans.

This is what Hagerman wants to do in Jacksonville.

As a wife of a veteran herself, she knows personally what it’s like for a soldier to be deployed while bills stack up. “And for anyone who wants to donate to help with utility bills, there’s at least 10 people a day who are calling that need assistance,” she said.

As a veteran helping veterans, it all boils down to one simple fact for Hagerman: “We’re here and we want to help.”