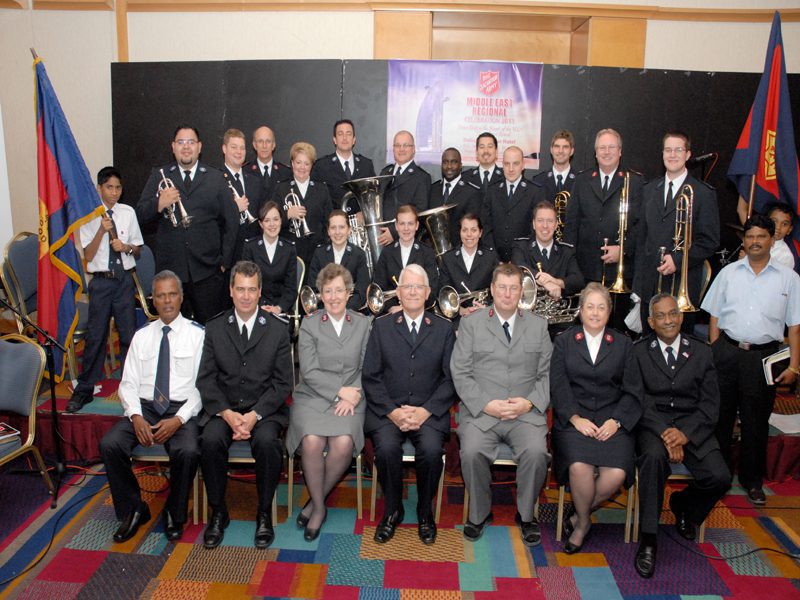 More than 260 delegates from the United Arab Emirates (UAE), Oman and Kuwait gathered in Dubai this spring to celebrate the growth of The Salvation Army in the Middle East. Unfortunately, delegates from Bahrain were denied travel visas due to unrest in that country. The Salvation Army has officially been in operation in the region for three years in Kuwait and one year in the UAE.

The Middle East countries—officially designated as a Salvation Army region from April 1—contain devoted soldiers whose faces revealed the joy they felt at being able to worship together. Delegates from Kuwait, Sharjah (UAE) and Abu Dhabi (UAE) led a worship service.

The region’s young people are considered a source of particular strength. They demonstrated their passion during a youth service led by members of the Texas Brass Band.

The event served not only as a celebration of the Army’s past but also as a consecration of its future. Major Mike Hawley made clear the purpose of The Salvation Army in the Middle East—to be light and salt for a uniquely available group of international people.

At the end of the gathering the visiting band traveled to Kuwait for further performance and worship opportunities. Guided by Kuwait Regional Officers Majors Stewart and Heather Grinsted, in partnership with The Lighthouse Church, the band participated in multiple services and conducted a well-attended concert.

From a report by Colonel Ross Gower