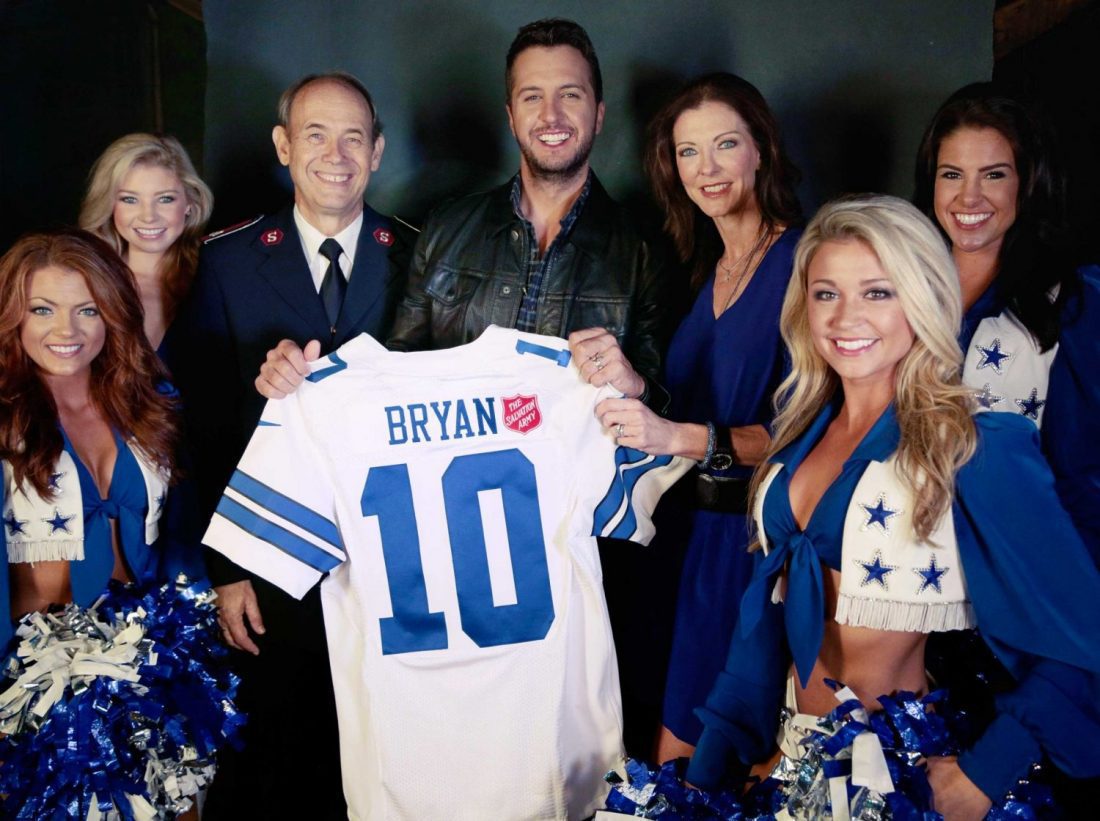 The nationally televised halftime performance marks the 19th year the Dallas Cowboys have partnered with The Salvation Army to launch the iconic annual campaign, which raises millions of dollars throughout the holiday season. Donations help provide meals and shelter for families and Christmas toys for millions of children, in addition to numerous other social services programs year-round, such as substance abuse programs, shelter and counseling for victims of domestic violence, and military veteran assistance.

“As a football fan, I’m especially excited to be performing on Thanksgiving Day,” Bryan said. “It’s also an honor to spotlight two great organizations like Dallas Cowboys and The Salvation Army and raise awareness for all the great work they do.”

“Luke Bryan is one of the biggest names in country music, but he has an incredibly humble spirit and is always searching for ways to give back and help others. For us, it was a perfect fit for what the Red Kettle kickoff represents for our partnership with The Salvation Army,” said Charlotte Jones Anderson, executive vice president and chief brand officer for the Dallas Cowboys and former national advisory chairperson for The Salvation Army. “Millions of families and children are impacted every year by the good works of The Salvation Army, and our goal is to help spread that message and educate Americans that every penny dropped in those red kettles goes toward making a difference.”

The Red Kettle Campaign runs from Thanksgiving Day through Christmas Eve and is the largest and longest-running fundraiser of its kind. It raised $144.7 million last year alone, with more than $2 billion raised since the Dallas Cowboys Thanksgiving Day partnership began in 1997. For the second year, this campaign will include an invitation for donors to share their reasons for giving on social media, and Luke Bryan will add his own #RedKettleReason.

“This summer, we celebrated the 150th anniversary of The Salvation Army, and this holiday season marks the 125th Red Kettle Campaign. That is over a century of dedication to meeting human need across the globe,” said Lt. Col. Ron Busroe, national community relations and development secretary for The Salvation Army. “Our hope, in partnership with the Dallas Cowboys and Luke Bryan, is to continue to spread the word that The Salvation Army is here for those trying to overcome obstacles in their lives during the holidays and year-round.”

As the reigning CMA and ACM Entertainer of the Year, Bryan has sold nearly 8 million albums with 30 million digital tracks and placed 14 songs at the top of the charts. He is currently a double nominee for the upcoming CMA Awards as “Male Vocalist of The Year” and “Entertainer of The Year.” Bryan’s “Kick the Dust Up Tour” kicked off in May 2015, and he is currently making his rounds through the country performing in sold-out venues.

In addition to giving online or to the traditional bell ringers that will be stationed at retail locations across the country, supporters can donate through the Army’s text-to-give program. By texting the word “KETTLE” to 80888, donors can send $10 to the Red Kettle Campaign.

From its humble beginnings as a Salvation Army captain’s start-up program in 1891 in San Francisco, the Red Kettle Campaign has grown into one of the most recognizable and important charitable campaigns in the United States. It provides toys for kids, coats for the homeless, food for the hungry and countless social service programs year-round. As part of the campaign, more than 25,000 Salvation Army volunteers throughout the country ring bells and solicit donations to the Red Kettles. 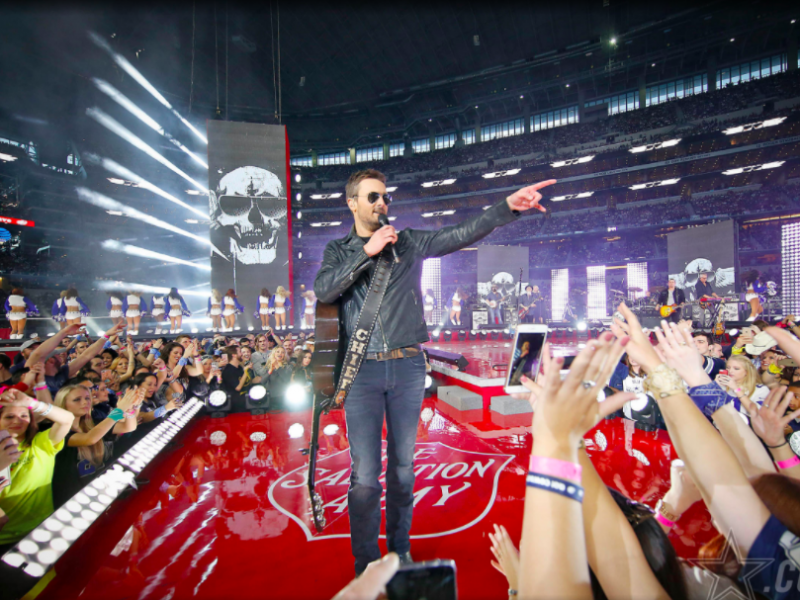 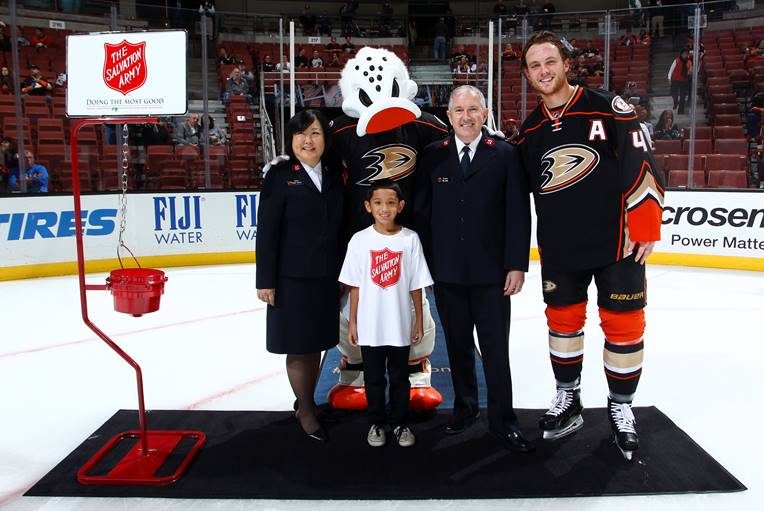 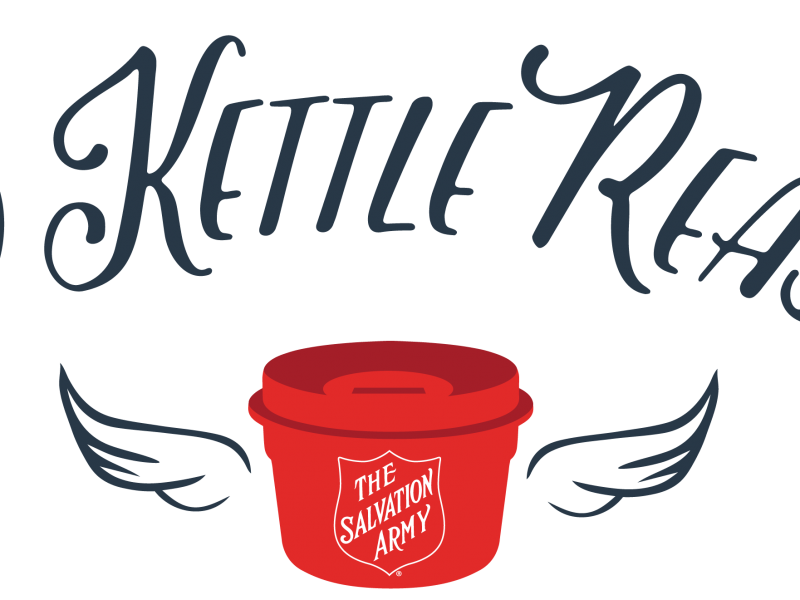