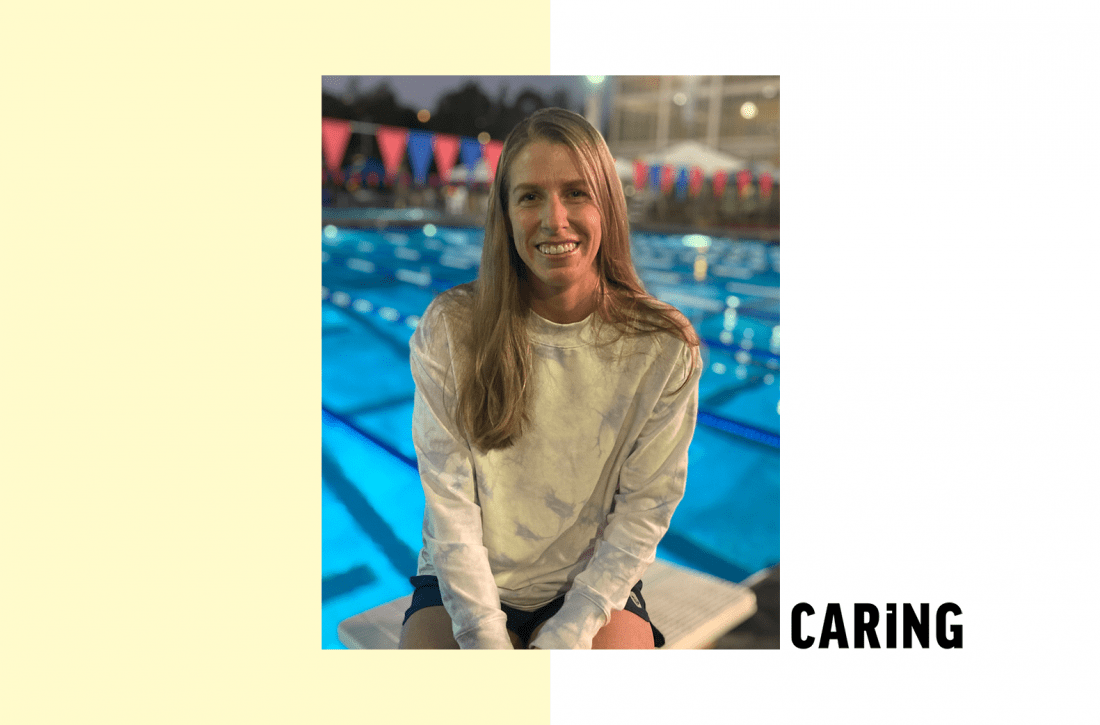 As a pre-teen in 2002, Natalie Noble attended the grand opening of The Salvation Army Kroc Center in San Diego. Little did she know that the center would have a prominent role in her life 15 years later.

Noble, 33, has postural orthostatic tachycardia syndrome, or POTS for short. A dysfunction of the autonomic nervous system, POTS impairs anything that happens in the body involuntarily—like blood pressure and heart rate.

“Standing for any length of time causes my heart rate to spike and blood pressure to drop, leading to dizziness and feeling like I’m going to pass out,” Noble said.

Debilitating fatigue, brain fog, weakness, poor circulation, and just simply feeling unwell all the time are some of the symptoms. To date, no cure exists, just medications to try to manage the symptoms.

Noble was diagnosed with POTS when she was a super healthy, athletic 25 year old. At the time, she was running 20 miles a week and working 12-hour shifts at Grossmont Emergency Room. Then, one day while at work, Noble had a near syncopal episode, when she felt like she was going to pass out.

“From there my body went downhill very quickly and I became 100 percent bedridden within three months,” Noble said.

Concerned about how weak she’d become, Noble’s doctor recommended she try getting in the pool at the Kroc Center. Noble’s mom, Julie Hogan, remembers the first trip to the Kroc Center well.

“She was so weak that I had to hold her up to walk her into the pool area,” Hogan said. “She bravely tried the rec pool and as soon as she got in the water, she felt different…The buoyancy of the water alleviated some of the symptoms.”

While Noble remembers feeling embarrassed she could barely walk, she soon understood she didn’t need to.

“I quickly realized it is not that kind of place,” she said.

Noble progressed very slowly—first she could just move gently in the pool. Over months, she slowly built up enough strength to walk in the water.

“I became very determined to one day get the strength to lap swim,” she said. After a few years, Noble became strong enough to move to the lap pool, where she now swims for about an hour four nights a week. She splits her time in the pool between backstroke, some kickboard and her favorite—freestyle.

“Even she never expected to be swimming as she does now,” Hogan said. “She studied YouTube videos on how to train to swim. God was so faithful and she was so determined. If you saw her swim now, you would never know she has a debilitating illness… She has had some people ask her what swim team she used to swim on.”

Some days, it seems nearly impossible for Noble to get to the center because of her debilitating physical symptoms.

“But I know if I can get there I will feel relief once I get in the water,” she said.

Many POTS patients are wheelchair bound because their bodies weaken and basic activities like standing become impossible.

“By God’s grace and my years swimming at the Kroc Center I have been able to avoid that,” Noble said. “Getting into the pool is an escape for me from POTS and [brings] a sense of normalcy.”

Noble calls swimming at the Kroc Center her lifeline. Not only has she been able to build her stamina and fitness to keep the wheelchair at bay, she’s made some dear friends over the seven years she’s been swimming there.

“Being able to swim there gives me hope and strength: physically, mentally and spiritually,” she said.

Clarissa Glasco, Kroc Center Director, said the center works hard to do the most good in service for Noble as well as for the other thousands of people who come through their doors.

“It may seem like a big goal, but we are truly motivated by Christ to positively change lives today and ultimately for eternity,” Glasco said. “We have been inspired through the years to have heard from many others that have benefitted from our facility and staff in their physical recovery and staying healthy.”

In the midst of Noble’s health trials, her positive attitude and faith during her considerable health trial shine through.

“I am so thankful for God placing the Kroc Center in my life,” Noble said. “Not only for the pool, but it’s a place I genuinely love to be. Although POTS continues to be a constant daily battle for me, I am grateful for any improvement, no matter how small, that swimming helps me to achieve.”