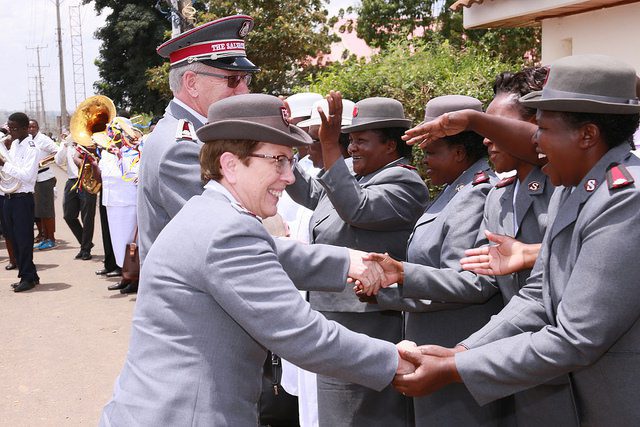 Thousands of Salvationists traveled from across The Salvation Army Kenya West Territory to celebrate the territory’s 10th anniversary. The territory is home to more than one in 10 of the Army’s senior soldiers.

Led by Chief of the Staff Commissioner Brian Peddle and Commissioner Rosalie Peddle, World Secretary for Women’s Ministries, the event began with a dedication of the newly constructed quarters for the territorial commander, which was funded by International Headquarters mission support. 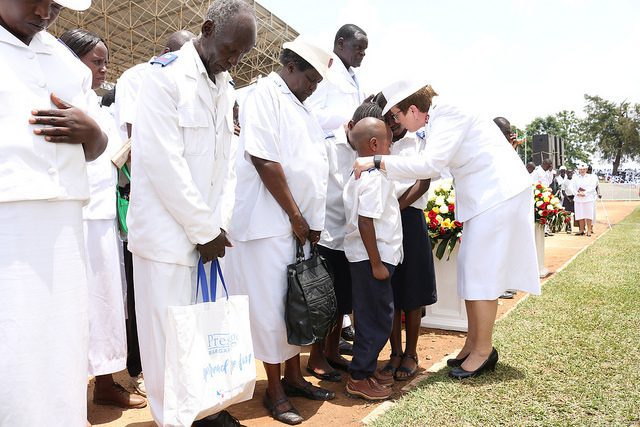 The Chief thanked Salvationists and friends for their faithful service over the past 10 years—since the Kenya Territory was divided into two—and declared great hope in God for the future. With hands raised in prayer, people professed their trust in God’s promises. The celebration also included the raising of an anniversary flag and a cake-cutting ceremony.

Hundreds of young people gave performances of gospel dance, drama and timbrels, and others took part in brass bands. Students from Salvation Army schools for the disabled sang. Rosalie Peddle challenged the crowd to “consecrate yourselves” and know that God is ready to do amazing things. 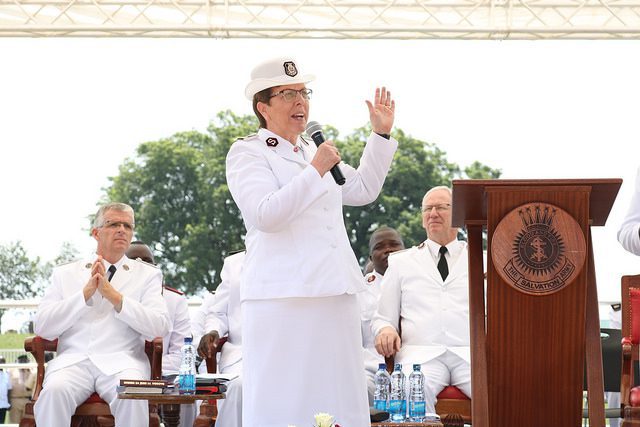 A narration about the territory’s 10-year history was enhanced by drama from the first-year cadets. Examples of challenges and victories were punctuated by the truth of God’s faithfulness through effective leadership and devoted soldiers. Territorial leaders who served in the past 10 years were acknowledged and, in a video recording, Territorial Commander Commissioner Stephen Chepkurui thanked the pioneers who spearheaded the Kenya West Territory, adding special mention to Commissioner Hezekiel Anzeze (the last commander of the Kenya Territory and first of the neighboring Kenya East Territory) for his role in the creation of the two territories.

Afternoon rallies provided opportunity for hundreds of men and women to worship and share in joyful African presentations. Rosalie Peddle invited women to consider Jeremiah’s image of the potter and the clay, emphasizing that God longs to mold people to his desired shape and make them whole as they serve him. More than 100 women went forward to the mercy seat in acts of dedication. At a men’s rally, the Chief of the Staff shared Isaiah’s call to serve God, challenging his listeners to be vessels of good news. More than 200 men knelt in prayer and commitment. 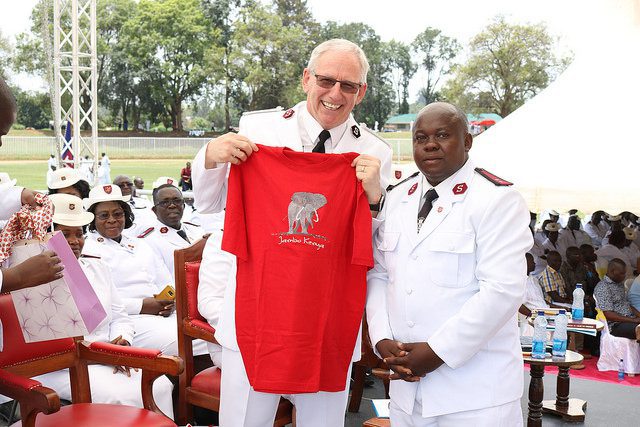 On Sunday, the international visitors saluted thousands of Salvationists who marched through the streets and gathered at Bukhungu Stadium for a holiness meeting. The event was attended by the Deputy Governor of Kakamega County, members of the county assembly, advisory board members, guests from Kenya East Territory and other dignitaries. The Chief of the Staff encouraged the congregation to be holy, explaining: “God invites us into a relationship with him that is marked by holiness.” Hundreds of Salvationists moved to the mercy seat in response.

Closing the celebrations, cadets formed the shapes of a cross and a letter ‘s’, symbolizing The Salvation Army’s theology, before a team of scouts led the Chief of the Staff and the territorial commander to lower the anniversary flag.