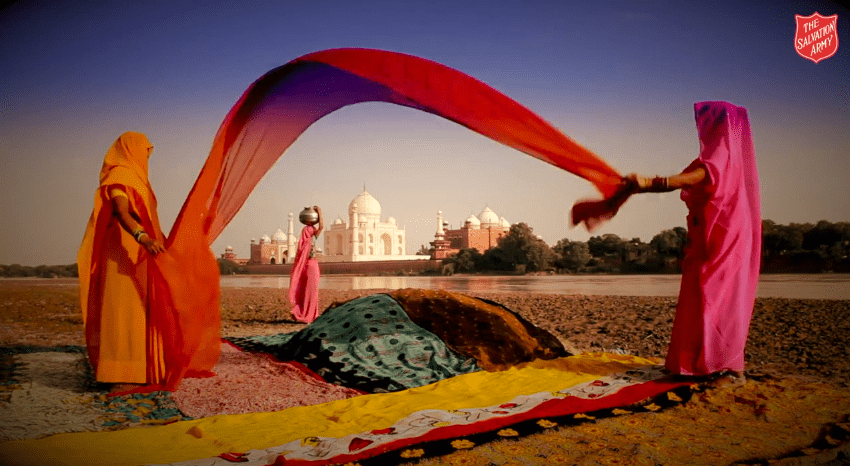 Team to document The Salvation Army there, retracing steps of early pioneers

India was the first country in Asia to have a Salvation Army presence when, in 1882, a small group made the arduous sea crossing to the port of Bombay (now Mumbai). Now, in the church and charity’s 150th anniversary year, a small group from the International Headquarters (IHQ) communications team is retracing the steps of those early pioneers and investigating how The Salvation Army remains relevant in 21st century India.

Leaving this weekend, IHQ Communications Secretary Major John Murray, Web Manager David Giles, and Multimedia Resource Assistant Gary Rose will travel the length and breadth of the subcontinent in order to document the diverse ministry in a variety of ways. From Mumbai in the west to Kolkata in the east, from Nagercoil in the far south to Amritsar in the north, and from the searing heat of the bustling capital New Delhi to the cooler Himalayan foothills of Darjeeling, the team will be blogging about its experiences.

“India is a country of contrasts—high-tech industries coexist with subsistence farmers, and vulnerable children eke out a living alongside the very railways that contributed so dramatically to India’s economic growth,” Giles said. “The Salvation Army has always advocated for those who have no voice and it’s a privilege to be able to see and hear the stories of the ‘voiceless’ in person.”

The team will explore Salvation Army hospitals, schools, training programs and anti-human trafficking initiatives along the way, with one key output being a documentary to be premiered in July at the Boundless Film Festival during The Salvation Army’s 150th anniversary international congress, Boundless – The Whole Whole World Redeeming. Photo essays and feature articles will also be produced for Salvation Army publications and websites around the globe.

Final plans are underway to now visit Nepal and document the Army’s work there following the devastating earthquake in late April.

“This is an extraordinary opportunity to highlight the important work of The Salvation Army across India and to see first-hand the recovery work in Nepal,” Murray said. “We invite Salvationists and friends to follow our journey and see India through our eyes.”

Today there are six territories covering the country. There are nearly half a million Salvationists and young people who choose to worship and serve God through The Salvation Army in India. In order to meet human needs in this diverse and populous country, the social care programs offered are varied and extensive.