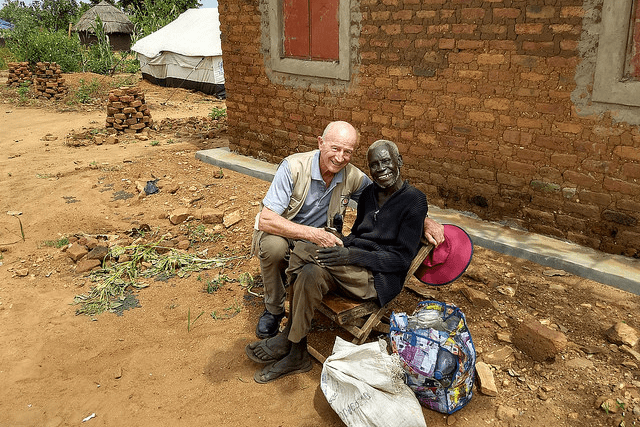 Here’s how The Salvation Army is helping refugees in Uganda

The Salvation Army is serving thousands of refugees and people seeking asylum in northern Uganda, mostly from South Sudan.

Nearly four years of civil war in South Sudan has created Africa’s largest refugee crisis and the third largest in the world after Syria and Afghanistan, according to the U.N. refugee agency.

Recent figures suggest that more than 1.3 million refugees and asylum seekers have entered Uganda, and that number shows no signs of slowing. At least 16 refugee settlements have already been established. Together, they have provided toilets and clean water, as well as non-food items including cups, plates, bowls, jerrycans for water and cooking pots. Temporarily deployed officers Major Peter White (Australia Eastern Territory) and Major David Bennett (New Zealand, Fiji and Tonga Territory) are coordinating the response. The team arrived in the capital, Kampala, at the beginning of September and arrived in Adjumani, northern Uganda, Sept. 26., after a delay due to paperwork. The Salvation Army plans to commence drilling as many as 18 boreholes in compliance with Adjumani local government policy, for the new camps and for existing refugee settlements and host communities.

At a recent meeting, the government refugee desk officer expressed his gratitude for the current work of IES, as well as acknowledging its services and projects from previous years and the value of the partnership between the Office of the Prime Minister and The Salvation Army.

With reporting by Major David Bennett and Major Peter White