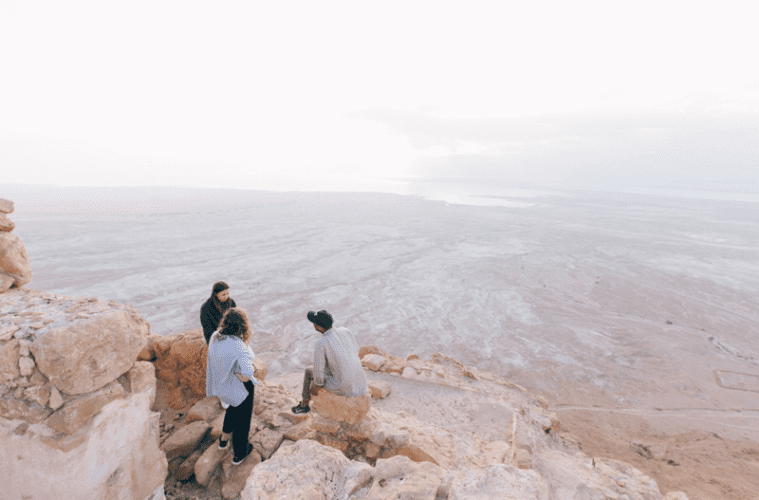 How the creation care movement is bringing interfaith groups together.

In late 2016, The Salvation Army in the U.K., in conjunction with a contingent of Quakers and Catholics, made international news for helping to switch some 3,500 houses of worship in total over to renewable energy. The groups timed their announcement for Sept. 1, to coincide with the onset of Creation Time—an ancient idea suddenly gaining new currency.

An initiative instituted by the World Council of Churches in 2007, Creation Time, or Creation Tide, was born out of an annual, five-week initiative by the Eastern Orthodox church as a time for Christians to reflect on a theologically grounded approach to environmental stewardship. In recent years, Creation Time has become popular with numerous other Christian denominations; The Salvation Army in the U.K. endorsed the proposal from the outset.

Here in North America., it’s often called “creation care,” where as a movement, it’s officially about 40 years old; some of its roots are visible in a 1970 resolution issued by the National Association of Evangelicals (NAE), which references Psalm 8:6-8 and 50:10-11 as inspiration.

But in the United States, a religious understanding of environmentalism predated the movement itself. In books like “Inherit the Holy Mountain: Religion and the Rise of American Environmentalism,” scholars have traced how, even from our Puritan days, democratic values, moral virtue and natural conservation were seen as inextricably intertwined. Ironically, it was as environmentalism went mainstream in the 1970s that religious dimension began to lose out to secular concerns. Lately, however, that pendulum has begun swinging back the other way.

Nowadays, when it comes to creation care, “there’s growing interest, growing public awareness,” said Kurt Berends, President of the Issachar Fund, a nonprofit working to put the Christian community on the forefront of social conversations.

This past May, the Issachar Fund hosted an IDEA Generators Conference in Chicago, a sort of hackathon that teamed up young Muslims and Christians to design projects capable of bringing greater sustainability to college campuses. “I think we were stepping into, or part of, a larger trend,” Berends said.

It’s easy to see how he got that idea, as 2015 was a particularly busy year for religious leaders lining up to tackle the issue head on. Late last year, NAE renewed its position by issuing an urgent call to action on the conjoined issues of global poverty and global warming, just four months after Pope Francis released a nearly 200-page encyclical, or educational text, illustrating why the faithful have a duty to combat environmental collapse. At the same time, an international consortium of Muslim leaders released the Islamic Declaration on Global Climate Change, while the Islamic Society of North America launched a “Greening Ramadan” campaign—adding to a movement that’s been active in the Muslim community for years.

But these groups aren’t just working toward the same goal; even more than ever, they’re banding together. Hundreds of organizations have teamed up in partnerships as diverse as the 18,000 congregations behind Interfaith Power & Light, which bring clean, renewable energy to houses of worship, or the Young Evangelicals for Climate Action taking a stand alongside Native American tribes to protect ecosystems around sacred indigenous sites. Last November, the U.K. dedicated its official Interfaith Week—which for nearly a decade has sought to foster understanding between Baha’i, Buddhism, Christianity, Confucianism, Hinduism, Islam, Judaism, Sikhism and Zoroastrianism communities—to the topic, fostering a deeper infrastructure for united action between faith communities.

Though far from the only arena in which people of various faiths can find common ground, one explanation for all this synergy could be that this is a realm where putting aside disagreements can come naturally.

Part of the reason so many groups answer that question with an easy yes, is because when it comes to creation care, many faiths speak the same language. Jews and Christians, for example, can quote many of the same Scriptures on the subject. Muslims, meanwhile, are pretty much on the same page, says Saeed Khan, who teaches Islamic and Middle East history at Wayne State University.

According to Khan, the assertion in Genesis that humans rule the roost is also present in the Koran, which describes humanity as God’s “vicegerent” on earth. “That in itself provides the obligation we have to then go ahead and care for all of creation,” he said. Islam also preaches that one must leave the earth better than one found it (sound familiar?), and that in times of war, just as civilians and the innocent are to be left unharmed, one mustn’t cut down even a tree in vain, he said, an idea with some parallels in Deuteronomy.

Just as compelling is the understanding that we will all bear the brunt of our actions together. By its nature, ultimately global warming will remake everyone’s world. “It’s not a panacea,” Khan notes, “but it is one element where you can show the importance of sharing.”

In fact, that idea seems to be bringing a surprising new constituency into the fold. NAE’s 1970 resolution might have opened with the warning that “scientists are alarmed,” but creation care has never needed results from a laboratory for its legitimacy. Lately, however, a number of scientists and other environmentalists have begun to realize that theology supplies a crucial element missing from the cold, hard facts—namely a framework to address moral and spiritual failings that drive much of the callous overconsumption of our natural resources. Or as the NAE’s 1970 resolution phrased it: “Beyond the scientific, biological and political ramifications of our environment problem is a basically theological and religious issue…those who thoughtlessly destroy a God-ordained balance of nature are guilty of sin against God’s creation.”

Evidently, that sounds about right to many Christians. According to a 2008 study by the Barna Group, among Christians overall, almost 80 percent would like to see their community more focused on proactive, biblically-based stewardship of the natural world. That figure jumped to 90 percent when only factoring in evangelicals, who in the same study reported a noticeable uptick in their shift toward a more “environmentally friendly” lifestyle.

Not surprisingly, many Christians don’t view environmental friendliness as mere tree-hugging. As NAE’s call to action made clear, some see the disproportional devastation that environmental degradation unleashes first on the world’s poorest and most vulnerable populations as a serious social justice issue.

Much has been made in recent years about society’s increasing trend toward secularization, but as of a 2012 study by the Pew Research Center, 84 percent of the world’s population still identified as religious. “An awful lot of them are asking, does my faith make a difference, or how should it make difference in the world today?” Berends said.

Taking direct steps to steward creation can have a subtlety powerful effect on how one views one’s fellow humans. “I would suggest that any involvement of people of faith in practical activities has benefits beyond the activity,” said Major Alan Dixon, Salvation Army Ecumenical Support Officer (Inter Faith) in the U.K. “Relationship building and mutual trust are important components of working together for these help to minimize mistrust and suspicion and help build a stronger, more open community.”

In the future that we are creating, “[s]omehow we will need to learn to be monist and pluralist at the same time,” Brigham Young University professor George Handley recently wrote in the Los Angeles Review of Books. “We will need solutions that simultaneously embrace our differences as well as our singular fate as a human family on a shared planet.

🙏 Spirituality: A search for understanding thro