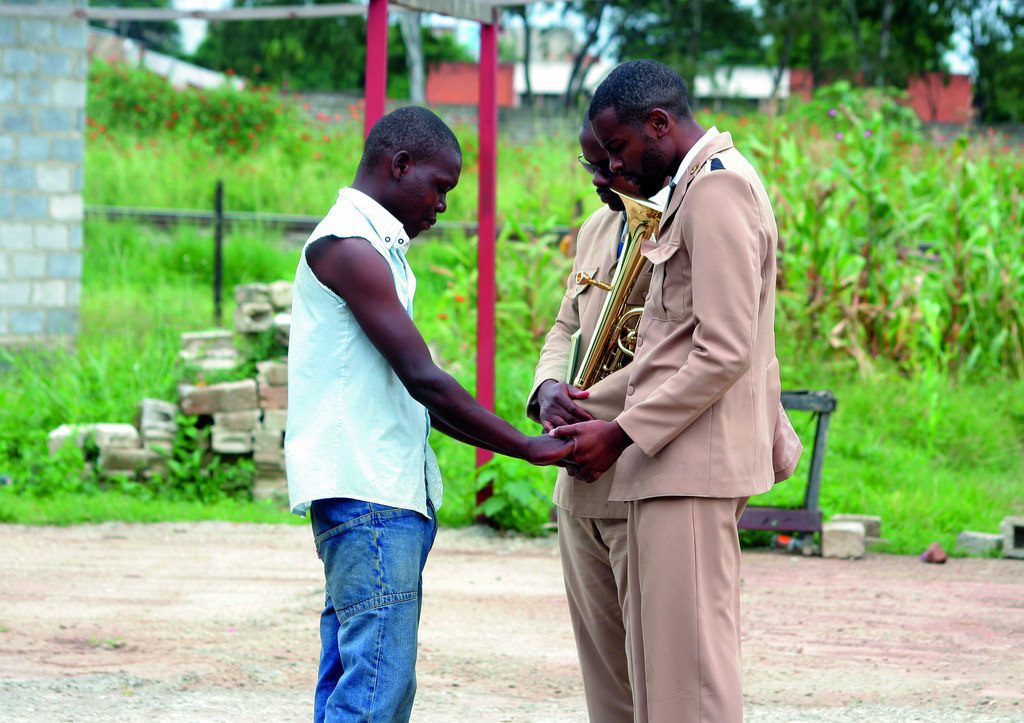 The “Mobilizing Moments” exhibit, now on display at IHQ’s Gallery 101, celebrates the global challenge for Salvationists to engage with their local communities. The campaign, which launched in January 2017, will continue through 2018.

IHQ-based Mobilizing team members Ester Ellen Nelson and Laura Booth put together the exhibit, working in conjunction with Berni Georges and Kevin Sims from IHQ Communications, who oversee the gallery space which adjoins the public cafe.

General André Cox prayed that visitors to the building would see what God was doing “through ordinary people” and want to engage in outreach themselves.

“God is calling us,” he said, “to reach out to a world that is desperately in need of his love.”

The photos, on display weekdays from 8.30 a.m.–4.30 p.m. until Feb. 15, 2018, are grouped into eight themes which cover the various aspects of the Mobilizing initiative—from street evangelism and marches to practical assistance and the celebration meeting, march and open-air meeting that took place in central London in October 2017.

Many of the images were submitted as part of the Mobilizing team’s photographic competition, with the top three entries prominently displayed. The exhibit also features several videos on a large screen and a prayer wall.