from the desk of…Silver Bells

Not long ago, I came across an article by Ben Yagoda in The Pennsylvania Gazette, the University of Pennsylvania alumni magazine, that shed some light on the origin of the carol, “Silver Bells.”

In 1951, Ray Evans and Jay Livingston had the task of writing a Christmas song for a Bob Hope picture called “The Lemon Drop Kid.”

According to the Gazette, Evans and Livingston tell the story like this:

Jay: We knew we couldn’t write a Christmas song because they sing the same ones every year. We went up front to the suits and ties, and we said, “Let us write something that could be popular.” They were very adamant that they wanted a Christmas song. So we went back to the office very unhappy about the whole idea, and we wrote  “Tinkle Bell” about the tinkle bells you hear at Christmas from the Santa Clauses and The Salvation Army.

Ray: There was a little bell on our desk and that gave us the idea.

And so, “Silver Bells” was born.

Despite its rather humorous beginnings, “Silver Bells” has become one of the most popular modern carols. It is certainly one of my favorites. And not just because of the close connection between its famous Silver Bells and The Salvation Army’s nationwide Red Kettle Appeal. My fondness for this seemingly secular Christmas song goes much deeper than its obvious association with our fundraising efforts during the Thanksgiving and Christmas holidays.

Written by two gentlemen who would acknowledge having only the most superficial understanding of this sacred holiday, Evans and Livingston succeed in capturing something of the essential meaning of Christmas in this iconic carol.

For me, “Silver Bells”  paints a compelling picture of urban life touched by the miracle of Christmas. A place where everything you see, even the air you breathe is charged with wonder and magic; the very feeling of Christmas. Ordinary traffic signals are transformed into red and green decorative symbols of celebration. Strangers become neighbors smiling and laughing as they pass each other on the street. Selfless shoppers search for treasures to bestow upon friends and loved ones. It is a community alive with the sights and sounds, the intensity and activity of people, young and old alike, living out the message of good news, which will be of great joy for all people.

And best of all, most notable in describing this city caught up in the spirit of the coming Christmas, is an undeniable call to action as above the hubbub of the holidays, on every street corner you hear the undeniable sound of “Silver Bells,” bells that seem to envelope the entire city, persistently ringing as mercy and kindness flow from grateful, generous hearts.

The bell ringers themselves go undescribed in this carol. But we can see them in our mind’s eye both today and down through the years standing beside bright red kettles, bells in hand, appealing to the public with messages like “Keep the Pot Boiling,” “Need Knows No Season,” “Heart to God and Hand to Man” and “Doing the Most Good.”

And so, we thank Evans and Livingston for helping to perpetuate this great American Christmas charitable tradition, with special gratitude to Mrs. Livingston for making sure they are, in fact, silver bells.

It’s Christmastime in the city.

Soon it will be Christmas Day.

sharper focus “Let him be the God of your heart” 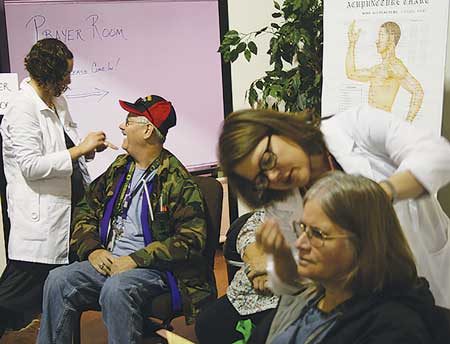 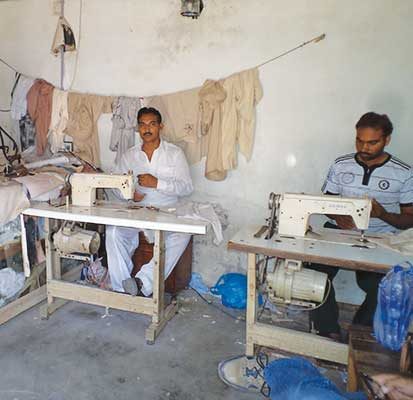 The Salvation Army in Pakistan focuses on life skills