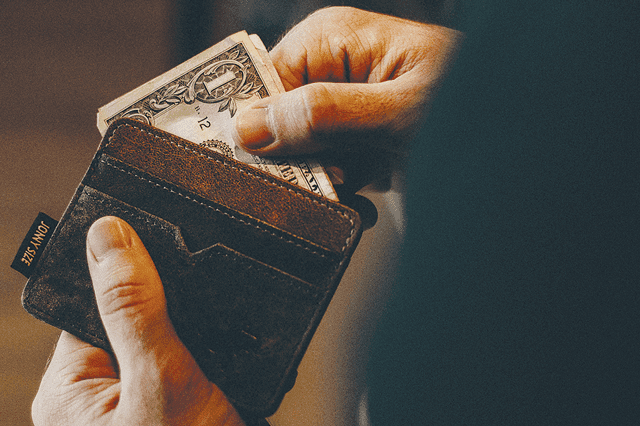 The “Universal Charitable Giving Act” may alter the future of tax incentives on charitable gifts.

Amid concerns over how the GOP’s tax reform could impact the bottom lines of nonprofits across the country, Rep. Mark Walker (R–N.C.) introduced a plan to protect and prop up tax deductions for charitable gifts—a widely touted incentive for many donors.

The “Universal Charitable Giving Act” would add a $4,000 tax deduction for charitable giving beyond what’s already in the code and give a boost to low- and middle-income families by letting them take the standard deduction, plus an additional charitable deduction—up to about $2,100 for individuals and $4,200 for married couples.

Currently, only those who forgo the standard deduction and itemize their taxes can write off contributions to charity. That’s about 33 percent of the population. Under the GOP tax proposal, that number could dip to less than 5 percent.

Proponents of the bill assert that eliminating this giving incentive for more people will result in fewer donations to charitable groups across the nation, and even a weakened private sector.

“Many Americans believe the people, not the government, offer the best solutions to solve the ailments that face our society. Strong families, strong communities, strong churches—these are the foundations of our nation,” Walker said during his introduction of the bill. “Giving to charity is crucial for economic prosperity, happiness and the success of our people. But for too long, only the most wealthy have been incentivized to give to the causes that they believe in.”

The bill is being lauded by a broad cross-section of charitable groups, including The Salvation Army, which urged its supporters to call up their senators and voice their support of the bill prior to the senate vote.

“It’s a scary thought—the government taking away a key cornerstone of partnership in a way of government support for gifts to groups like The Salvation Army by offering a tax deduction,” said Colonel Jeffrey Smith, National Chief Secretary for The Salvation Army. “That’s been a hallmark of American tax law for many, many years. To remove the bulk of that is sobering…And I think it’s inevitable that if they take away that motivation, we will certainly see fewer donations.”

How many fewer? A study done by the Indiana University Lilly School of Philanthropy estimates the sector could see as much as $13 billion less in charitable gifts. Expanding the charitable deduction to all Americans (as proposed in Walker’s bill) would, conversely, increase charitable giving by an estimated $4.8 billion per year.

“Raising the standard deduction is the lever that reduces the fraction of Americans who can benefit from charitable tax deductions,” said Dr. Una Osili,  Associate Dean for Research and International Programs at the Lilly Family School of Philanthropy. “Our research shows that the charitable behavior of low- and middle-income households does respond to changes in these tax incentives.”

In the USA Western Territory, low- and middle-income donors (up to $100,000 in annual household income) account for roughly 60,000 active supporters. According to Chaz Watson, Executive Director of Community Relations and Development for the Western Territory, tax benefits play into giving most with those who are managing their finances at a more sophisticated level, or with planned giving, “so there is reason to be concerned.” Yet, he’s optimistic that the bill’s fate won’t take precedence over other giving incentives, at least for most of The Salvation Army’s donor base.

“I [think] that most people give out of other prevailing motivations first, much higher on a list of considerations than the tax benefits,” he said. “So many of our supporters will stay the course, as they did during the economic downturn.”