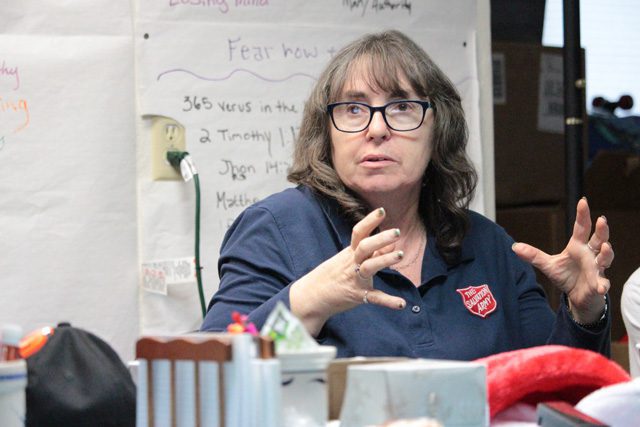 In a town of 10,000 people, The Salvation Army is making a difference with the Reintegration into Society Program.

When Jason Keeling first walked into The Salvation Army service center in Havre, Montana, he couldn’t look Trina Crawford, its director, in the eye.

“He looked gaunt, he looked sick, he looked white, he looked dead,” Crawford said. He was homeless, he told her, sleeping in his mother’s van in 15-degree weather. And two days later he was in jail, fighting a case of pneumonia and facing a yearlong sentence as years of meth and opioid abuse caught up with him.

More than a year later, though, life is looking up for Keeling—in large part because of a program Crawford runs out of the service center building, providing people like him the support they need to have a shot at fighting off addictions to drugs or alcohol.

Like him, most of the participants in the year-and-a-half-old Reintegration Into Society Program (RISP) have signed on after their addictions land them in jail. They’re often referred Crawford’s way through the local drug treatment court, which works with drug offenders to let them spend less time in custody if they make progress toward sobriety. 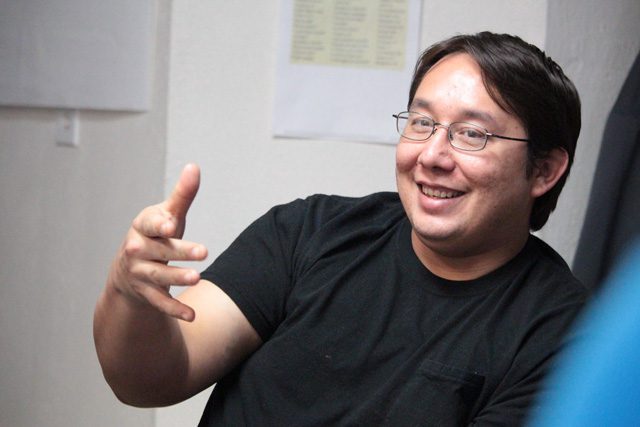 Reintegration Into Society Program participant Chaska Earthboy during a group meeting in December 2017.

While a few weeks in jail is usually enough time for someone to sober up, Crawford said, it’s common for people with addictions to end up in a vicious cycle where they don’t have anywhere to go when they’re released except back to the home and companionship that got them in trouble before—situations that often make it nearly impossible for them to stay clean.

Instead, RISP supports freshly released participants by providing them with housing in a local motel, getting a roof over their heads so they can focus on tackling their addiction without having to worry about basic needs.

Crawford keeps them busy, too. Participants are expected to check in with her or another mentor daily and spend at least 30 hours a week working, job hunting or volunteering. She also has them attend weekly group meetings that combine life skills development and Bible study, and expects them to attend additional self-help or Bible study groups and find a mentor or church to serve as an “accountability partner.”

One of the goals, Crawford said, is for participants to build a support network, getting them to the point where they have mentors to call for help when something triggers a craving.

“I love this program. I love the people that are participating,” Crawford said. “It is so cool to see who they really are, who God made them to be—not the gunk that they participated in.” 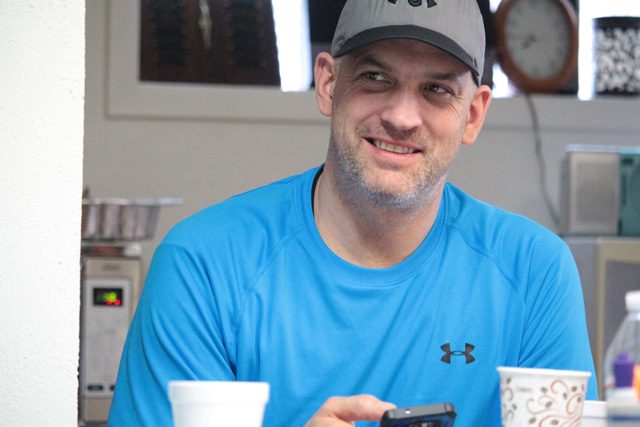 Reintegration Into Society Program participant Jason Keeling during a life skills development and discipleship meeting in December 2017. “I couldn’t even look anybody in the eye before,” he said.

“When you step into sober living—you want to run but you have to walk,” said another participant, Chaska Earthboy. “You’ve reduced your life to animalistic behavior.”

Shane Huston, a compliance officer for the drug treatment court, said the Salvation Army program serves as a complement to the judicial system, helping it stretch its limited resources.

The program is funded by support from local churches, and has received some funding through the county jail as well, Crawford said. It was also awarded a $20,000 T.L. Williams grant in 2017. 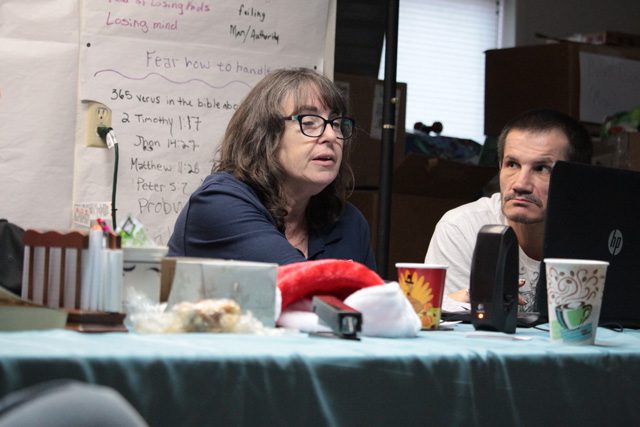 For Keeling—one of about 10 current participants—RISP has worked even though a month-long stay in an inpatient rehab program a couple years ago didn’t, he said. There, he was back to using 12 days after he got out.

“I didn’t have God when I went to treatment—I was just sober,” he said. “I just went right back to my old friends.”

But this time around, the program’s support has helped him avoid that trap. After participating for a year, he’s been able to move from RISP-provided housing to an apartment of his own and find a new job, working in the kitchen at a local restaurant.

He’s feeling better than he can remember since he was 15 or 16, Keeling said. He can look people in the eye again, and feels like he’s starting to earn back his reputation around town.

“After meeting Trina, I knew there was something more powerful in life than just my selfish ways,” Keeling said. “There is hope out there—there is a better way in life.”

“You’ve just got to learn how to live all over again,” he said.