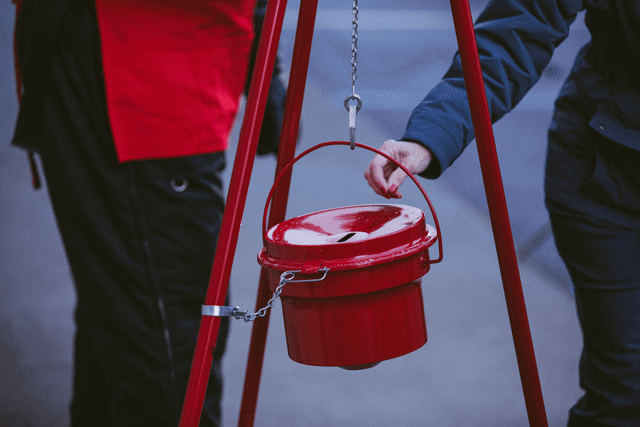 The campaign is the 126th in Salvation Army history.
The Salvation Army’s iconic Red Kettle Campaign collected $147.3 million in 2016. Thanks to the support of donors and corporate partners, the money raised will help The Salvation Army provide food, shelter and social services to more than 25 million Americans in need this year.
“Despite fluctuating retail traffic across the country that affected the number of people getting out and donating into the kettles, the Red Kettle Campaign collected an impressive $147.3 million total,” said Lt. Col. Ron Busroe, Community Relations and Development Secretary for The Salvation Army National Headquarters. “We were encouraged to see that despite these circumstances, Americans generously supported the work we do and helped us raise the campaign’s fourth highest donation total in its 126-year history.”
The Salvation Army enjoyed a jam-packed holiday season with initiatives new and old.
Jerry Jones and Charlotte Jones Anderson, along with National Commander Commissioner David Jeffrey, kicked off the 2016 Red Kettle Campaign and celebrated 20 years of partnership with a satellite media tour at AT&T Stadium the day before Thanksgiving. The Dallas Cowboys also showcased the partnership and #RedKettleReason on national television just before a LIVE performance from country music star Eric Church during halftime of the Thanksgiving Day game. The campaign kickoff marked the 20th year the Cowboys organization has partnered with The Salvation Army to launch the iconic campaign during the nationally televised game. Since partnering with the team, the Red Kettle Campaign has raised nearly $2.2 billion.
The Dallas Cowboys also conducted a point-of-sale campaign through the Dallas Cowboys Pro Shops, both in-store and online, giving customers the option to add a donation to The Salvation Army to their purchase. A surprise uptick in awareness and donations was also spurred by Dallas Cowboys running back Ezekiel Elliott’s “Red Kettle Leap,” which quickly became a trending topic on social media, during the Dallas Cowboys game Dec. 18. Elliott called on fans to donate to the Red Kettle Campaign in $21 increments, a nod to his jersey number. Those donations, including a $21,000 contribution from Ezekiel Elliott and a generous donation match of $21,000 from a Texas couple, totaled nearly $250,000.
Leading up to and on #GivingTuesday, Nov. 29, The Salvation Army was seen and talked about during national media appearances on the TODAY show with Nick Cannon, Access Hollywood Live and Steve Harvey. The week of Christmas, TODAY aired a segment featuring a family helped by The Salvation Army’s Christmas assistance program in Phoenix.
Corporate partners also contributed greatly to the success of the 2016 Red Kettle Campaign.
Red Kettles outside of 5,093 Walmart and Sam’s Club locations across the U.S. collected $44.25 million, which contributed about 30 percent of the $147.3 million total.
During the holidays, 3.3 million people rely on The Salvation Army to provide their families with a warm meal or toys for children on Christmas Day. In addition to the help provided during the holiday season, donations made to the red kettles help the Army provide more than 10 million nights of shelter, nearly 57 million meals and programming such as substance abuse recovery, after-school programs and emergency shelter for children and families in need year-round. In all, The Salvation Army is able to help more than 25 million people each year, thanks in large part to people’s generous donations.
From its humble beginnings as a program started by a Salvation Army captain in San Francisco in 1891, the Red Kettle Campaign has grown into one of the most recognizable and important charitable campaigns in the United States. It provides toys for kids, coats for the homeless, food for the hungry and countless social service programs year-round. More than 25,000 Salvation Army volunteers throughout the country ring bells and solicit donations to the red kettles. 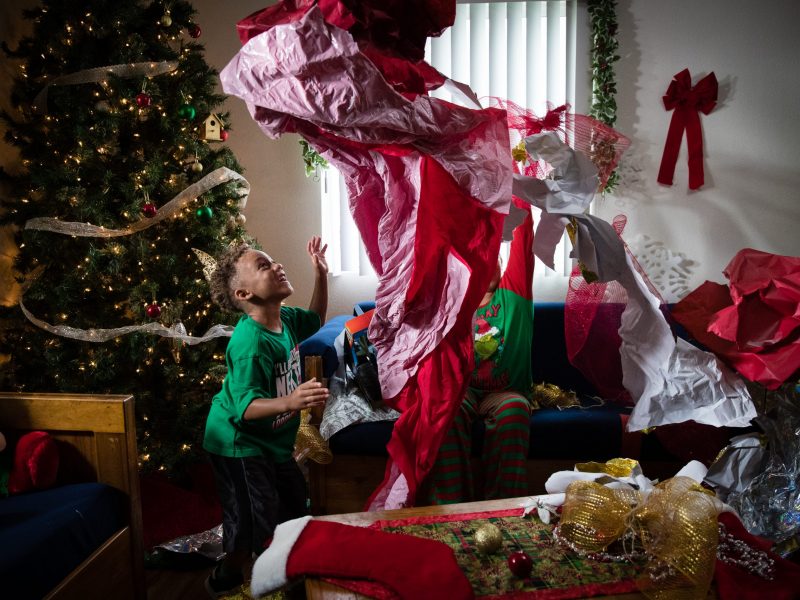