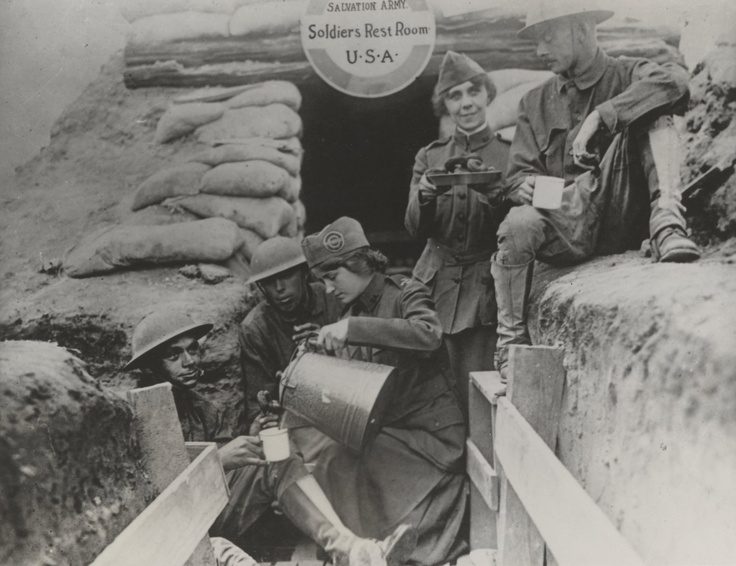 The first National Donut Day was celebrated by The Salvation Army in Chicago in 1938 to help raise needed funds during the Great Depression and commemorate the work of the “donut lassies” who helped make the donut what it is today by feeding the tasty confection to American soldiers during World War I. The donuts became synonymous with The Salvation Army, as well as the American soldiers who were returning home with the nickname, “doughboys.”

In its continued support of The Salvation Army, from April 21 to June 30 Entenmann’s Bakery will donate to the organization $1 for every person who “likes” the Entenmann’s Facebook page (https://www.facebook.com/entenmanns), up to $30,000. Entenmann’s Bakery has donated a total of $70,000 to The Salvation Army through the first three years of the partnership and plans to hit the $100,000 mark through this year’s donation campaign. 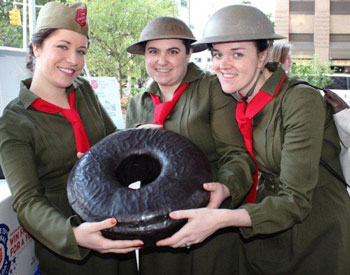 “We’re very excited to partner with The Salvation Army for the fourth year in a row and hit the $100K charitable donation mark with the debut of our newest flavored Red Velvet donut,” said Maureen Sticco, Director of Entenmann’s Marketing Services.

In this the fourth year of the partnership and in celebration of the historical day, Entenmann’s will be rewarding lucky “fans” with ‘Free Donuts for a Year’ and additional prizes through the sweepstakes link on the Entenmann’s Facebook page starting on April 21st. All entries must be received by 11:59: p.m. ET on June 30, 2014. Winners will be randomly selected from all submissions. Official Rules can be found at www.entenmanns.com.

“Entenmann’s has been a terrific partner and supporter of our mission of goodwill and we look forward to making the 2014 National Donut Day the best one yet,” said Major Ron Busroe, National Community Relations and Development Secretary for The Salvation Army.

Republished from The Salvation Army USA

Entenmann’s – Enter to win free donuts for a year, among other prizes.

Shipley Do-Nuts – One free donut and one free small coffee.

Not near any of these bigger chains? Find a local doughnut shop near you with this interactive doughnut map from Hopper. 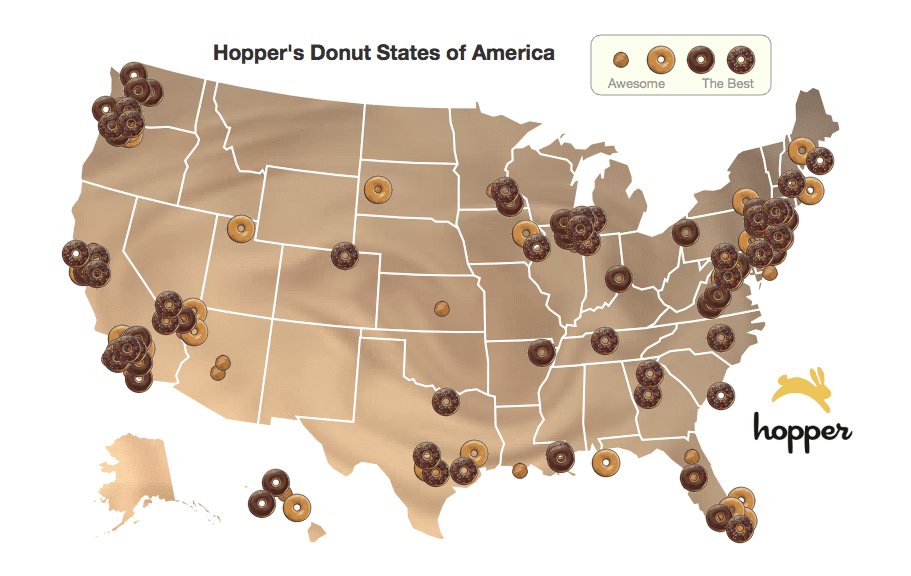